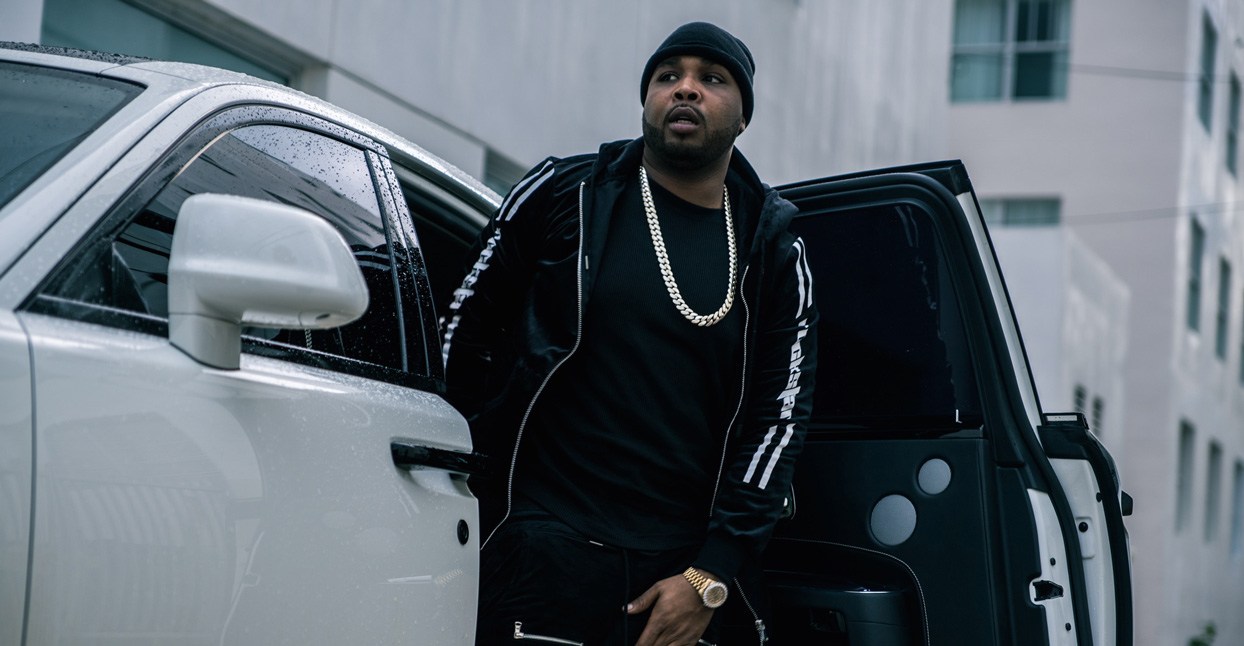 “The violence and the crime is unbearable sometimes,” says Eto, an MC who’s emerged as a leading light in the Rochester, New York hip-hop scene. Raised in the northeast area of the city, Eto’s world is one where over half the children live in poverty, and the chances of being a victim of violent crime is almost three times higher than elsewhere in the state. This tumultuous environment informs Eto’s music, as well as the music of peers like 38 Spesh, M.A.V., and Pounds. Their approach recalls the way Nas and Mobb Deep regaled the world with chronicles of surviving in Queensbridge during the mid ‘90s. “Rochester’s always maintained as the murder capital throughout New York state,” says 38 Spesh, a rapper and beatmaker whose music combines snapshots of block corner life with soul-sampling loops and hard knocking drums. “It’s always been a high level of poverty and a real dangerous and dark place—so the music reflects that.”

A rich run of recent projects that include Eto’s Long Story Short, 38 Spesh’s The Trust Tape 3, and M.A.V.’s Angelz and Demonz feel like they’re signaling a breakthrough moment for Rochester; it’s been a long time coming. Back in the 2000s, DJ Green Lantern became the city’s highest profile hip-hop figure, flipping a reputation on the mixtape circuit into a deal with Eminem’s Shady Records. Green Lantern stayed in touch with his roots, mentoring a 16-year-old 38 Spesh and hosting an early Eto mixtape, New York’s New Money, in 2007. But even with Green Lantern’s assistance, the Rochester scene never quite gained traction, leaving its key names locked inside city limits.

“This was pre-Internet, so to get noticed you had to be on commercial radio, and it wasn’t supporting local acts like that back then,” says Green Lantern. 38 Spesh recalls Rochester’s buzzing downtown being filled with “ciphers and bunches of people on street corners rapping.” But, he adds, “Nobody was getting recognition and it was never seen outside of here.”

The grainy-voiced MC M.A.V. was born in Huntington Park on the east side of Rochester, then raised on the west. His lyrical content addresses, “being a young gun and seeing a lot of things—some are beautiful, and some are things children shouldn’t see.” M.A.V.’s also a founding member of Da Cloth, a crew established in 2012 that includes Rigz, Mooch, Rob Gates, iLLanoise, Times Change, and Symph. In those formative days, M.A.V. remembers Dub Land Underground as an incubator for local artists: “It was a bar and grill that hosted shows—you’d see a Pounds or an Eto or a Riggs on the card.” Eto himself looks back on Dub Land Underground as, “the main venue where we’d perform and bring the whole city out,” but the spot shuttered in 2014. Another venue, The Bug Jar, also stopped hosting rap nights. “They put a stop to that due to violence and kids not knowing how to act and shit,” says Eto. “It ruined it for all of us.”

Despite a lack of national recognition, and a grassroots scene that was showing signs of fraying, Rochester’s key artists kept plugging away. Those years spent grinding are now paying off: There’s a strong hip-hop community forged around long-term neighborhood relationships, and fresh creative connections facilitated via social media. ENox is an MC who works closely with Chup The Producer, most recently collaborating with him on The Raw Report. He likens the unity in Rochester to the way Atlanta artists band together: “A lot of people are trying to help each other out and there’s really no shitting on each other going on. If we don’t fuck with each other, we stay out of the way and everybody’s eating and it’s a beautiful thing.” ENox is also recording a project produced by Pounds; he maintains social media has brought together artists who might otherwise have stayed confined to their respective corners of the scene. On a broader level, 38 Spesh says networking and selling music online has given Rochester artists “a power to get noticed and there’s really no excuse now—they can’t hide the talent that’s here. Now to people in bigger cities, we’re brand new.”

Rochester’s hip-hop sound is now being exported across the world. Eto’s Long Story Short is helmed by cinematic beats from German producer Superior, whose sweeping strings act as an evocative foil for Eto’s street scriptures; M.A.V.’s Angelz & Demonz was produced by U.K. beatmaker Hobgoblin, whose gnarly and dark style of production the rapper says is “kinda like a bullmastiff—you see it and be like ‘That’s an ugly dog,’ but then you love him.” (Angelz & Demonz 2 is already being recorded.) Eto and M.A.V. both say these opportunities came about after the overseas producers reached out via the Internet. “We’re blessed to be in an era where you’ve got kids in Japan listening to Eto and he’s throwing up the Roc,” says Green Lantern, who’s noticed Rochester’s gritty sound appealing across the globe.

Explaining why Rochester’s hip-hop is finally being heard by a large audience, 38 Spesh suggests, “I make motivational music, so if a person is dealing with hardship in life—even if they come from a different walk of life—I have music to get them through.” Eto invokes a similar sentiment when he describes the heart of his—and his city’s—music. “It’s reality raps, it’s not no made up stuff and there’s a message in every rhyme,” he says. “I’ve always had people tell me I inspire them and help get them through hard times. It’s medicine.”