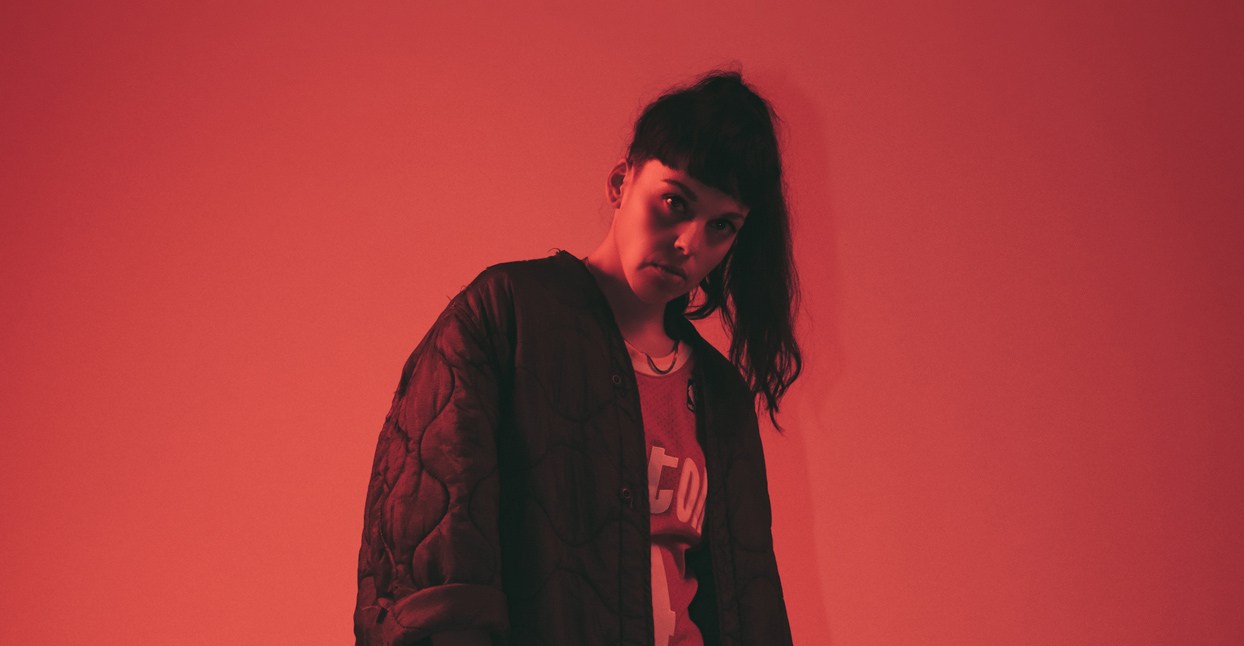 On the single “Heavyweight,” from Rituals of Mine’s latest EP SLEEPER HOLD, the voice of frontwoman Terra Lopez seems to hug the syncopated beat. It floats as the rhythm rises, and coils into it as it sinks back down. There’s a haunting quality to the way Lopez sings—the “heavy weight” of the title almost audible in her voice. That pain was the result of two significant losses for Lopez: the death of her father, followed by the passing of a close friend.

“I honestly feel like I lost my voice for a year,” Lopez says. “It was very psychological.” “Heavyweight” was the first song she attempted to write in the aftermath of those deaths. “I tried to write a bunch of stuff about these two losses, and I just felt like I did not know where to start,” she says. “I knew that I was feeling a lot of emotions, but when it came to trying to articulate any of that, I just felt completely overwhelmed, and I shut down.” It wasn’t until she read Bessel van der Kolk’s book The Body Keeps the Score, which explores the physical effects of trauma, that she began to feel validated. In the end, Lopez decided to allow that experience to inform the song, turning it into a meditation on “the physical manifestations of trauma that I was experiencing—what trauma and grief actually does to your body. Or, at least, what it did to mine.”

Despite their weighty subject matter, the trio of songs that make up Sleeper Hold are bright, hooky, and soulful. On opening track “Burst,” the chorus “I stay in your mind, I stay on your mind” references the tight grip of depression, even while the back beat stutters and the synths pulse. Softly glowing closer “Bad News” is not only about being knocked down, it’s about the desire for change—“I want us to win for once,” Lopez sings.

Sleeper Hold also serves as an introduction to a new sound for the group, forged in partnership with producer Wes Jones. The pair originally bonded over music, finding interest and inspiration in their shared love of “old trip-hop, drum & bass, and U.K. electronic music,” genres that clearly inform the record’s rippling, synth-based sound. (“I’m kind of opening myself up to what I listened to as a kid and kind of trying to make it more futuristic,” Lopez says.)

For Lopez, who used to record as Sister Crayon, the name Rituals of Mine represents an evolution. Though Lopez and Jones work together, the project has gradually evolved to become more of a solo vehicle for Lopez. For Lopez, the release of Sleeper Hold represents a release of the emotions tied to its creation. And while Rituals of Mine are working on a proper LP, Sleeper Hold was designed to stand on its own. “The full-length is going to be about my life in general as a whole,” Lopez says, “but Sleeper Hold is particularly about how grief and trauma made me feel, which is why it had to exist as its own entity.” Having felt like she was living in a sleep hold for the past four years of her life, Sleeper Hold is, as Lopez calls it, “its own beast.” “I felt like we needed to release this,” she adds of the EP, “because it carried such a heaviness to it and emotionally for me, I didn’t want that attached to what I’m working on moving forward, but I did feel like it was important for me to put out.”