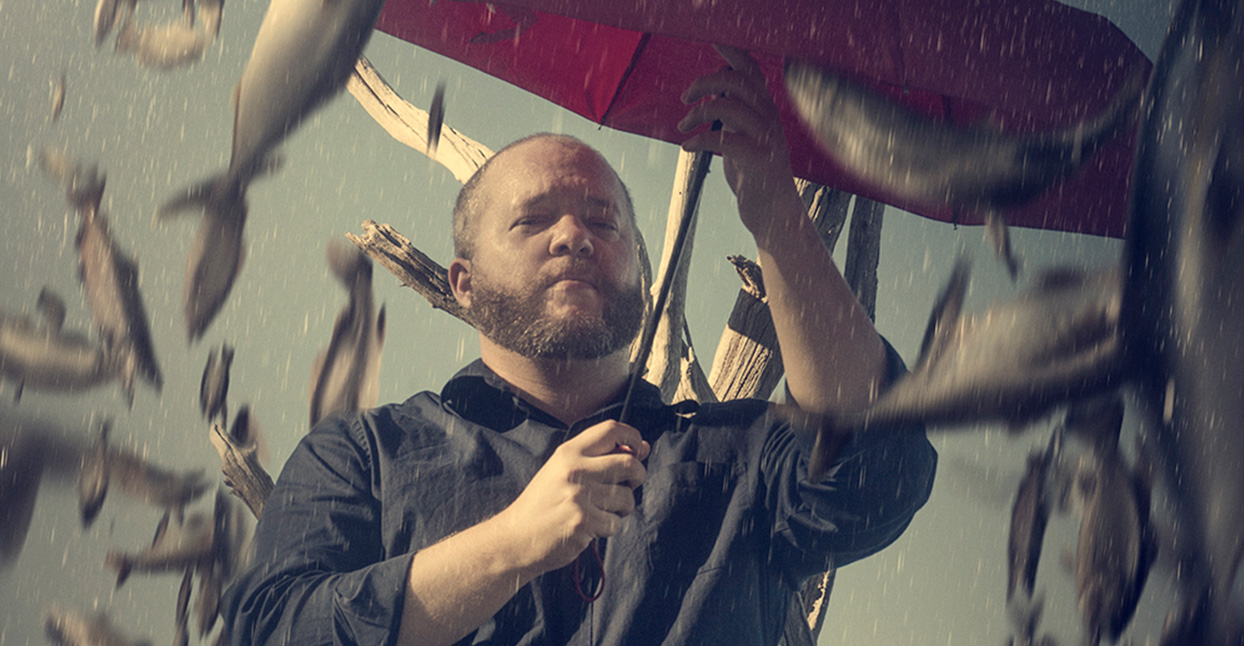 With Family Tree: The Leaves, Ben Cooper, who records as Radical Face, brings to a close the sprawling, interconnected series of albums he’s been working on for close to a decade. Cooper’s three Family Tree records are unprecedented in scope: they trace the lives of the members of an invented 19th Century family, telling their stories over the span of several years (the storylines are so involved that Cooper created a map of people and locations to make them easier to track).

But while Family Tree began as fiction, reality soon intervened. Cooper’s own family history is fraught: Cooper was kicked out of his home after he came out to his parents as a teenager, which turned out to be a dark foreshadowing of more family trauma to come. As his own life began to intrude more and more on his work, Cooper found his only recourse was to disappear into it completely, merging fiction and reality for a final product that is as deeply arresting as it is massive in size.

As Family Tree concludes, we talked with Cooper about his journey through the project, and how what began as a way to escape soon turned into a way for him to confront real-life demons.

So, this is the final installment of the Family Tree series that you’ve been working on for the last few years.

That’s right — this is it. It was just one of those projects where, once upon a time, it sounded simple on paper. That was eight goddamn years ago. I didn’t know what I was signing up for. It was just an idea where I thought I could do a record a year behind this concept, make it a three-year project, and be done with it. The problem is that a) It wasn’t that simple to do, and b) life is not that clear-cut. So over time it turned into this 44-song epic.

What were some of the challenges you found you were facing as the project began to take shape?

One of them was purely organizational. It’s so much material, and this is the first time I’ve ever worked on something where it’s not just a ‘song,’ I have to be aware of what comes after and what comes before it in the overall narrative, and how one song might branch out to this idea or this idea. Writing a song you’re happy with is hard enough. When you have all these guidelines you have to follow because of the concept…  I mean, when you’re writing a song, there’s always an easy way out. If I had a part I didn’t like, I could say, ‘Oh, I’ll just cut this.’ But with Family Tree, I can’t just cut it, because otherwise the song won’t relate to the part of the story that comes after it. That was probably the biggest challenge—to the point where I’m now super excited to work on things that are not interconnected—they’re just a song, and I’m finished. That sounds absolutely mind-blowing to me right now.

Plus, when you’re writing about a topic like family—everybody has a family, but what was weird was how many bad things started happening in my own family over the course of the records that just kept hijacking the subject matter. In the beginning, I had a lot of stuff sketched out. I thought I knew, ‘Here’s the stories, here’s what happens.’ And it didn’t pan out that way. I had no idea what I was getting into. And in a way, I’m glad, because I don’t think I would have done it if I did.

I started writing for this at the end of 2007, and I spent two years just making demos. I took all of these demos, and broke them out into which ones would go on which record, and which ones would be which characters, and created a general map. And that might’ve worked out if I could have just plugged through it really quickly. But it didn’t work out that way.

You alluded to things happening in your family during the course of making the record. In what ways did that impact the project?

On the back half of last record, I became the narrator. Which I had no intention of doing. I had a pretty dysfunctional upbringing, and I was writing about all of that stuff, but in a much more detached way. I thought, ‘I’ll put that experience into a character.’ So I could hide in fiction, basically. But then over the course of this last album—in the past year-and-a-half, I adopted my niece, who had come to me about sexual abuse she was dealing with within my family, and that other family members knew about. She had been coming to my boyfriend and me for art lessons, and she eventually told us what was happening, and from that point on, she lived with us. So, out of the blue we had a kid. And then we were all witnesses in a criminal trial against my parents, and my stepdad was convicted. We don’t really have contact with anyone in my family anymore. This was all in the middle of when I was recording this album, and for the first time I felt like, ‘If I put this stuff into fiction, I feel like I’m lying.’ So it became super personal, in such a way that I’ll probably never play those songs again. Sometimes it’s cathartic to write this stuff and get it out. But then on tour, you play the songs have you have to think about that shit every night. So a few of these songs, I’ll probably never play.

Were you able to get any kind of closure on those personal traumas through the songwriting process?

I think there are elements of closure in this—and I’ve always been guilty of using music as therapy—but I think it’s still there. When all of this happened, almost by state mandate, we were all put into therapy. And that’s been a good call. There’s a lot of stuff that I never really addressed that I’m starting to pick at. And my gut says that I’ll probably wrestle with this stuff for the rest of my life.

How has being a parent changed you?

It’s terrifying, when someone is directly looking to you, not just for advice, but for the whole thing: ‘I don’t know how to do any of this myself, so you’re going to show me.’ On the one hand, i’m happy to do it. But on the other hand: I never planned on this. My boyfriend and I talked about whether or not we would ever want to adopt a week before my niece came to us, and we concluded wholeheartedly ‘absolutely not.’

She’s 17 now, so it’s not like we have this whole history together. But it’s someone showing up because she doesn’t have any other family. And so it was just a crash course. And I’ve been real honest with her: ‘I have no idea what I’m doing. I’m going to do my best, but we’ve got to figure it out together.’ There’s even the simple problems, where we had to explain to her, ‘We’re both gay. We’ve never even dated women. We have no idea about a lot of this.’ We’ve had to call friends of ours. A friend’s mom gave us a copy of Our Bodies Ourselves. I gave it to her like, ‘Here you go. I don’t know what to do.’ All in all, it’s been super strange, and not anything I ever thought i would do. But you never know what the universe has in store for you.

As the Family Tree series went on, did you find yourself starting to develop affection for any of the characters? Were there any characters that you really wanted to be ok in the end?

Yeah. And I think that’s a real common thing in writing in general. You start to develop affection for these people that don’t exist. I studied under this guy when I was just out of high school — he was an English Professor in New York and he ended up getting into a car accident and became a quadriplegic. He could only use one finger, so he taught online courses. And he taught me, ‘You can never make up what a character will say or do—you have to think of a scenario and just know how they would respond. They have to tell you.’ Which sounds kind of silly. But as you start to do it, they start to feel like real people. I could have written more songs on the twins, for example, but there’s only a certain amount of space per record.

Knowing that you were moving into what is effectively the ‘series finale,’ what were some things you knew you wanted to resolve? What note did you want to end on?

I randomly had this idea that it was going to culminate to become this hopeful thing—that there would be a clear-cut message at the end that said, ‘You’re always a part of your history, but you can change it.’ But with my own life hijacking me, the only thing I walked away with, after thinking about the same topic for so long, is just ‘Families are complicated.’ That’s the only thing I can say with any confidence. When all of that stuff happened, I started thinking, ‘I don’t feel comfortable having a ‘moral’ here, because I don’t know if I personally believe it.’ So I may have had more of a message when I started the project, but by the end it was just, ‘Shit happens. You do your best.’

But that’s the way life is. I’m always more satisfied by art that ends on a question than art that tries to tidy up or explain.

Yeah, and I’m just suspicious of people with answers. I’m fine with someone who has suggestions. But when someone’s like, ‘Oh just do this,’ I’m like, ‘How do you have that confidence? You must be a sociopath.’ It’s always a process. You never really arrive. You take care of certain problems and new ones show up. And it’s like that forever. And it’s cool, actually. I don’t think I’m going to reach some state of total enlightenment. But the point is to try.