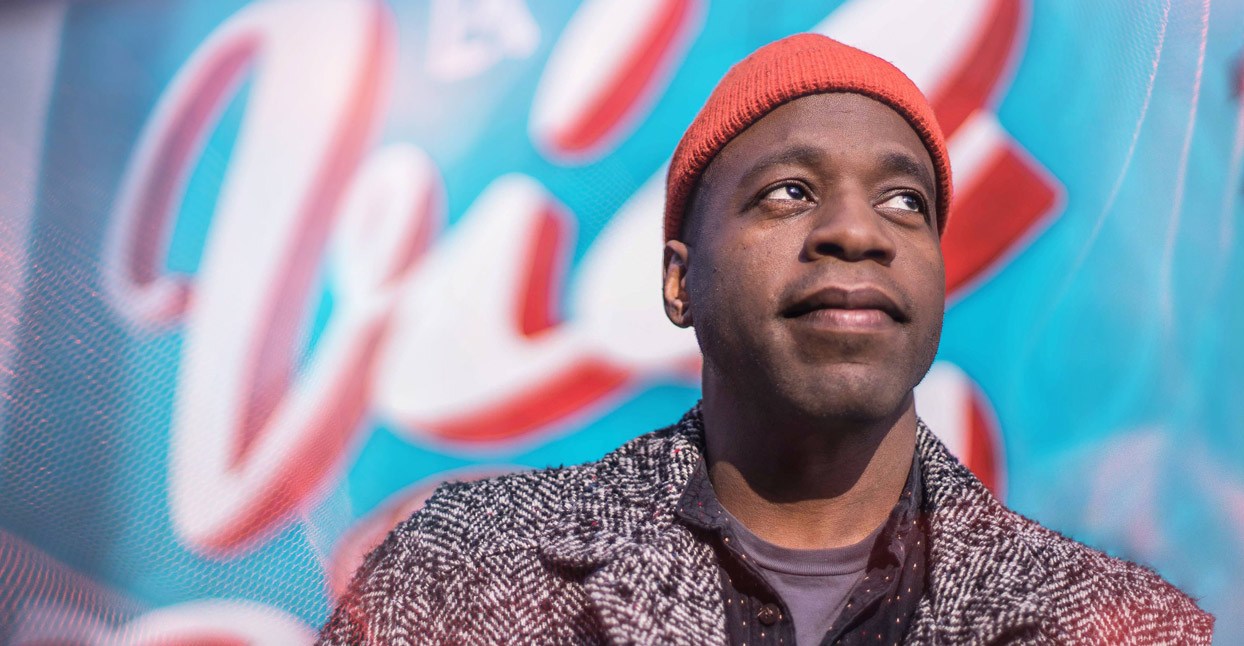 A lot has happened since Raashan Ahmad’s last solo album, 2017’s For What You’ve Lost. He’s toured North America, Europe, Japan, Australia, Senegal, and Brazil. He’s also spent time in the places his literary heroes used to haunt—he’s read Amiri Baraka and James Baldwin in the French cafes where they wrote, for example. Most importantly, he’s become more comfortable producing his own beats, a development that has caused him to think differently about his music.

“I used to tell people I don’t compose music because I didn’t think I had the capability of making music by myself. But there are a lot of great producers who aren’t musicians, so I started exploring that within myself. Now, I have so much more inspiration. It’s like everything is a potential instrument.”

Unlike For What You’ve Lost, an album that featured collaborations with producers like Headnodic and Ta-Ku, and boasted warm, jazzy tracks, Ahmad’s new album The Sun traffics in old-school hip-hop. The shift is signaled from the get-go in album opener “No,” which combines a classic boom-bap beat with West African drums, free-roaming horns, and a frenetic instrumentation influenced by Ahmad’s first visit to Senegal.

“Lately, I’ve been having more of an understanding of my purpose,” he says. “I feel like I’m walking into my line of vision. I’m an artist and I’ve been doing this for a while, but now I’m asking myself, ‘How do I put a time stamp on this feeling? How do I make it now but also for when ‘now’ is ‘then?’”

Ahmad explores those feelings throughout The Sun. On “Pain Away,” a light, darting flute merges with the darkness of Ahmad’s lyrics, which discuss the realities of depression and self-doubt. He juxtaposes the pain of losing his mother with the joys of entering fatherhood over a vulnerable acoustic guitar on “The Day the Sun Came.” He pays homage to Nina Simone’s “Ain’t Got No, I Got Life” with the cyclical bassline and slowed-down funk of “I Got Life,” a song of celebration and gratitude for perseverance despite life’s pitfalls. Ahmad’s trip to Senegal also manifests itself across the album: The chorus of “Body Heat” is sung in Wolof, a language spoken in Senegal, Gambia, and Mauritania, and closing track “Sea” is a soft, tender duet sung entirely in Wolof by Ahmad and the Senegalese artist T.I.E.

On The Sun, Ahmad employs African percussion and South American rhythms over the foundation of classic hip-hop, giving the album depth and a feeling of forward motion. Taken in full, The Sun is a document of an artist exploring the complexities of life in his art, and its lyrics reflect a man learning to accept himself instead of searching for who thinks he is supposed to be. It’s a picture of someone who has traveled a great distance and gained perspective through the journey.

“I collect records,” Ahmad says. “When I play them, I get inundated by my musical heroes’ growth and exploration. When jazz musicians were experimenting with frequencies of sound and doing collaborations with Middle Eastern and Indian artists, they were expanding and that was interesting. There’s no way I can be traveling the world and seeing what I’m seeing and make another standard, jazzy conscious rap album. It wouldn’t be exciting, and it wouldn’t feel real.”

The Sun is the first in a trilogy of albums for Ahmad—The Moon and The Stars are set to follow. But the throughline in all of Ahmad’s work, from 1997 to the present, is music that honestly and earnestly questions the world in which we live. The Sun continues asking those questions, but it incorporates musical elements that hint toward the idea of global unity. “I was exposed to so much while traveling and I feel like I need to share the experience,” Ahmad says. “Borders are so often literally just lines in the sand. We connect in so many more ways than we think. That has changed me, and I wanted that sensation in my music.”