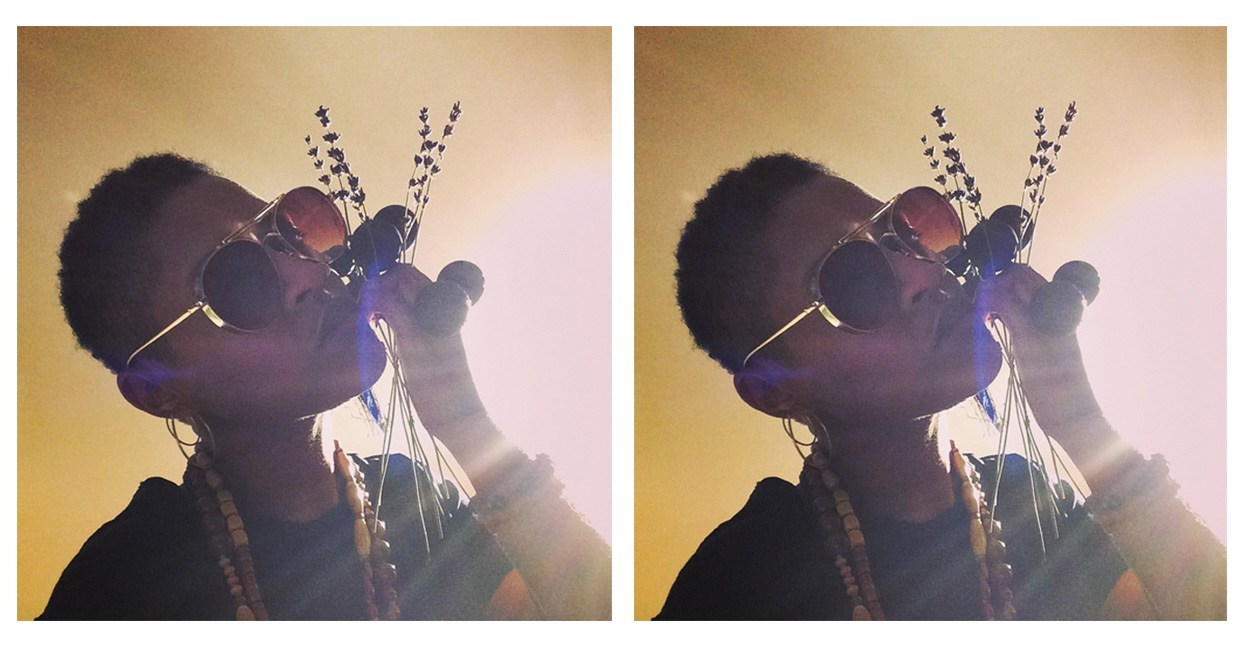 After the release of her 2015 album, Mythico, Pursuit Grooves (aka Vanese Smith) found herself in an unusual position: she wasn’t sure if she wanted to keep making music. She still enjoyed the process, but the sense of “calling” she’d experienced as a young girl was gone. Refusing to jeopardize her relationship and love of making music, she decided to focus her attention elsewhere. Two-and-a-half years later, her muse made an unexpected return.

“I hadn’t set out to create new material,” says Grooves from her home in Toronto. “And in order to come back into the music world—the music grind—[my music] had to be a reflection of life, and what I had been experiencing, and to represent where I was at that moment.”

During late 2017 and early 2018, she hunkered down to begin building an exhaustive library of found, produced, and mined sounds, tuning out her other creative passions in order to devote herself exclusively to the project. There would be no backing out.

The result is her newest release, Felt Armour.

“Felt Armour is definitely a play on words,” she says. “Felt is an emotion. It’s soft material. Armour is the tough exterior that we have in order to protect and guard ourselves and feel safe when we’re in questionable situations. That’s what I was feeling at the moment, just having reflected on life and living and the daily things that we experience and go through.”

Those conflicting ideas about openness and defense, and trust and caution, found their way into the hard and soft beats that collide, meld, and illuminate each track.

“The underlying percussion and rhythms are very industrial, and even my sound choices are kind of hard, grimy,” she says. “The bass and synths are moody as well, but there’s a bit of a funky turn or a dance-y turn. It’s a lot of tracks that go through a variety of emotions and feelings.”

That contrast is one of the key marks of her sound. “Even when I work within different genres, I’ve been told that there’s still elements of the things I create that are very much Pursuit Grooves,” she says. “I’ve always jumped around from hip-hop to R&B to funk to house to bass to broken to ambient to experimental, because I feel like we have different moods, and so we should have different music for those moods.”

The age-old question about whether an artist should create for themselves or for the public can be a challenge for some musicians—but Grooves isn’t one of them. A decade’s worth of full-lengths and EPs has proven that her work is not meant to be casually scanned. And that’s the way she likes it.  It’s also what has brought fans back to her work time and time again.

“If I always thought about how people would perceive what I make, or if they would like it or not, I don’t think I’d get anything done,” she says with a chuckle. “That’s not the angle for me. The angle for me is to make whatever feels right. And if you don’t get it, you don’t get it. And if you catch it later, even better. To me, it’s almost cooler that it’s not something that you instantly or easily digest. That’s not the type of art that I’m trying to make. I make art that takes a number of visits. If it’s too easy or it’s too simple why go back to it?”

Producing since she was a teen, the Washington, D.C. native has a body of work that never fails to surprise: Fun Like Passion (hip-hop, beats, broken vibe), Broadcasting a Sensory Sequence (house, club, funky bass), Modern Day Minerals (crunchy cinematic, narrative-like flow), Mythico (trip-hop, vocal experimental, ambient), Lift (vocal, R&B), and 91 Fellows (psychedelic, experimental). And while some may call her a sound designer or sound scientist, it’s her musicianship that grounds her uniquely entrancing work.

“I’m a musician and a sound artist,” she says. “That widens the scope of what’s possible. It means that you’re not defined by boundaries of genre, or confined by structure. When things are made for the radio, there’s a verse/chorus, verse/chorus, kind of set-up—dance music allows for a bit more wiggle room in terms of length. [But as a] sound artist, if I want to create a song just with a rubber band and the clinking of beans in a jar, I could, anything is possible. I’m also a music producer, beat maker—if we’re working in the instrumental hip-hop construct. I’m a visual artist as well.”

Drawing on sources beyond music allows her to rise to new levels creatively, and she credits visual arts in particular with her growth. “I am inspired by everything around me. It comes from so many different places but I know it when I see it. It makes me more creative because I don’t have a particular sound that’s playing repeatedly in my head. That’s what’s keeps me going—doing something other.”

Ultimately, that kind of inquisitiveness is prerequisite for her life and her work. “I have to be really open and curious to different things in order to give myself a nice palette to work from, because I don’t use a lot of equipment. I use very simple software along with my hardware.” And when a project is done, she embraces the new calling; like a journeywoman of sound, the path ahead remains the most exciting.

“Once I make something, and let it out to the world, I let it go. I don’t want to keep listening to it and think, ‘Oh, I could have done this differently or added that.’ I just let it go free.”