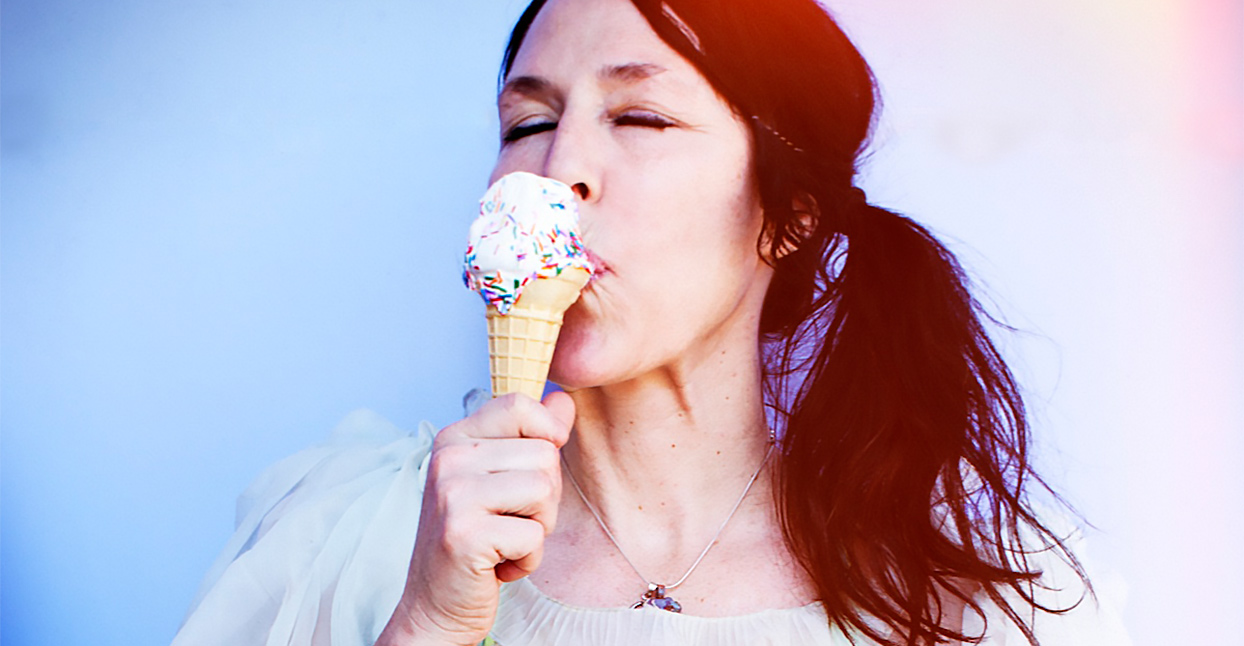 “I was pretty lost in addiction, living in Bushwick, Brooklyn, in 2006.” That’s how Shana Falana sets up “Cloudbeats,” the mist-wreathed new single from her roaring new record Here Comes the Wave. She spells out that same backstory explicitly in the lyrics, sighing, “Pills I take/ cocaine, too/ call in sick/ ‘I have the flu.’” The music that surrounds the confession is drifting and dreamlike—a stark change from the thundering roar for which Falana has become known.

But the song goes deeper than mere confession, starting with addiction but gradually moving on to address loss and pain. “This is a song about looking for a home, both physically and emotionally,” Falana says. “Shortly after I wrote this, I reconnected with my father and learned he was ill. Three months later, he passed away. I feel like I’m still processing his death, even nine years later. When I went to record the vocals for this song, I became totally overwhelmed with grief.” You can hear that in her voice, the way it drifts disconsolately along, a spirit looking for a home. But, in the end, “Cloudbeats” is about more than just sorrow. “There’s a lot of closure in this song for me now,” Falana says. “It’s like I was reaching out to my future self for help and, nine years later, I was able to answer the call. That’s the underlying message of this record: It’s never too late. Never give up. Life keeps on getting better.”