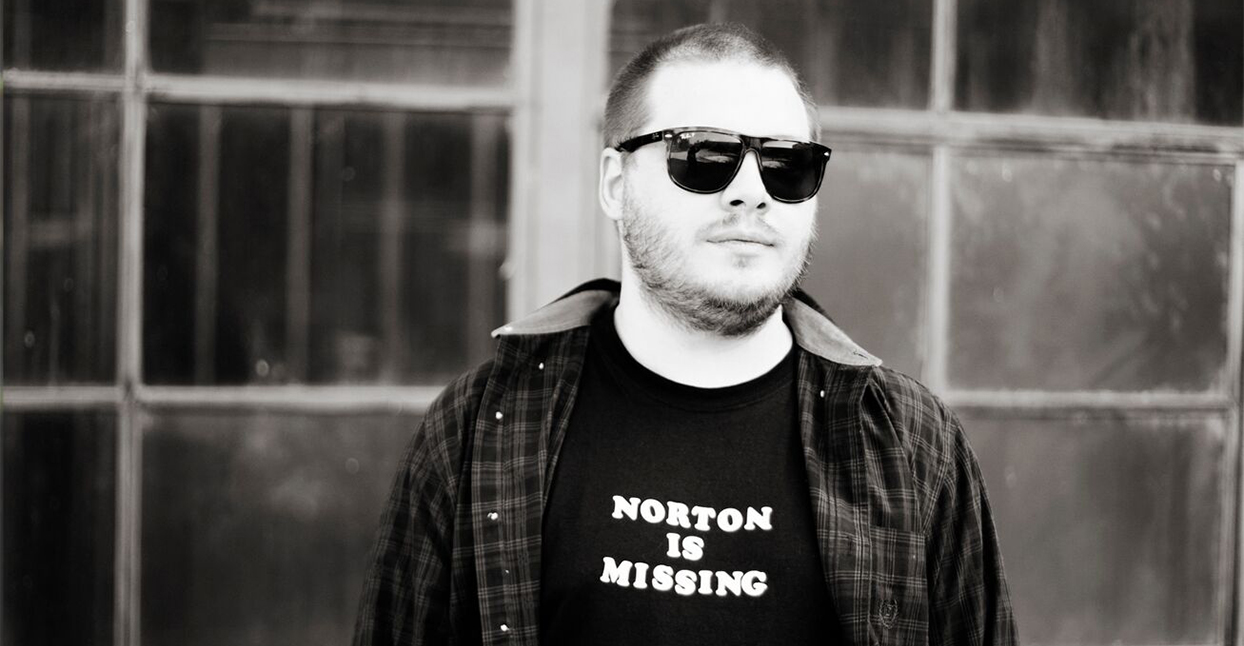 George Hirsch is starting to get comfortable with discomfort. The Blacklisted frontman has been in transition—he moved, not that long ago, from Philadelphia to Chicago, and he’s been reflecting on getting older (the world of punk and hardcore is, after all, youth culture, and passing 30 in the punk scene radically shifts your context and position whether you like it or not). His second gloom-folk album as Harm Wulf, Hijrah (the title a reference to the migration of Muhammad and his followers from Mecca to Medina, the same reference Joni Mitchell was making when she titled the differently-stylized Hejira), is all about that liminal space and its loneliness, the withdrawal of the familiar world. “I went from a place where I’d lived my whole life, to a place I don’t know—the only person I know [in Chicago] is my girlfriend,” Hirsch says. “I didn’t have any friends there. I spent so much more time alone, just by myself. I would just go to work during the day, and then I would just play music by myself until she came home, and watch TV and spend time with her. Occasionally I’d go back to Philadelphia and work—stuff like that. A lot of it has to do with that. Just being by yourself. Exile. Self-imposed, but still.”

Hirsch finds himself on the outside of his local punk scene these days, a strange feeling when you’re used to your scene being your whole world. “There’s a punk house on the corner where I live. I live in Humboldt Park,” he says. “And they have shows and stuff. I can go on my balcony and look at the yard, but I don’t really go there, ’cause I’m like, ‘I’m just gonna stay in the house.’” And though Harm Wulf isn’t what one might call classically punk in sound—it hews closer purely in instrumentation to the dark folk of, say, Death in June, though it lacks any of that group’s flirtation with fascistic imagery and associations—Hirsch isn’t part of the neo-folk scene, and he sees a quintessentially punk element to his songwriting. “I only know how to play music one way, and that’s the way that I make it, he reflects. “I never sit down and I’m like ‘Yeah, I’m gonna do this.’ Actually, that’s wrong—I do. In my head, I’ll sit down like, ‘I want to do an album that sounds like this and this.’ And I’ll play guitar, and it never comes out that way. I can never do it. So I just write songs, what I feel is emotionally fulfilling.“

Hijrah was written in solitude, for solitude. A natural loner who spent much of the last decade on tour and in transit, listening to music in headphones, Hirsch has developed a one-to-one relationship with the records he loves, which has informed his songwriting process. “I definitely make music the way that I listen to it,” he says. “And I’ve never really heard people say that. But I think that’s how most people make music.” He also worries, like many current cultural critics, about the surfeit of music available in the digital age, and hopes listeners won’t just stream Hijrah once and move on to the next premiere. He intends for the listener to have the same kind of deep emotional connection to the music that he does: “Even streaming, I think… I’m down to do it, because of the times, but it’s not what I think is a proper way to have it listened to, you know? I feel like there’s so much music that it gets overwhelming.”

Hirsch also designed Hijrah to be an album, not a live experience. “With [Harm Wulf],” he explains, “I’ve only ever played 10 shows. I told myself, I’ll play 10 shows, and if I like playing live, I’ll keep doing it. And if I don’t, I won’t play live. So I played 10 shows, and I’ve never played again.” Part of that aversion is that playing singer-songwriter-style, just guitar and vocals, is an extraordinarily vulnerable position to put oneself in, with all eyes focused on the performer, their expressions and the intricacies of their execution. “With [Blacklisted], it’s hardcore, so I can jump and do a front flip in the crowd. And it’s confrontational, so that’s my cloak in which I hide myself,” he offers. “You know what I mean? Live is weird. I wish I could like it. I wish that I enjoyed it more. But I’d rather just write a song.”

But part of it is also that Hirsch worries about letting his fans down in some way, changing their experience of his work. “I write about what I know are heavy topics, but how people take them is not any of my business,” he says, in deference to how art belongs half to the artist, half to the person viewing or listening to the art (“then there’s no filter between you and people”). Touring and talking at every show to fans about their feelings and observations, “makes things so much heavier. I don’t really talk about that, because I don’t want to seem ungrateful. I’m grateful that people relate to music I’ve made on a level that I couldn’t even imagine. It’s a weird thing, between artist and fan, because where I come from, that’s not supposed to be a thing. But it very quickly becomes a thing when you’re on tour. Anybody that would say it doesn’t is a liar.”

Hirsch finds himself truly needing a filter, as intense, sensitive and careful people who make cathartic art often do: the role of the artistic persona is part aesthetic experiment, sure, but it’s also part shield. “I could have easily named Harm Wulf ‘George Hirsch’—that’s my birth name. But, like, I chose not to, because there still has to be that divide between myself and the music. I think that’s another thing that people don’t understand. When you make this music that has this heavy thing around it, that’s not me all the time. Like I said earlier to my man Gabe, when we were driving, ‘I’m easily the funniest person who puts records out on [the label] Deathwish.’ But no one would ever know that, because people listen to my records and think, ‘Wow, this person must live in a cave and hate everything.’ I definitely love way more stuff than I hate! It’s just that I never—when I write a song, I never am like, ‘I’m gonna write about things that I love!’ I just always write about heavy shit. I need to purge it. I think most musicians would say that.”

You can stream Hijrah in full here—headphones and quiet space recommended.