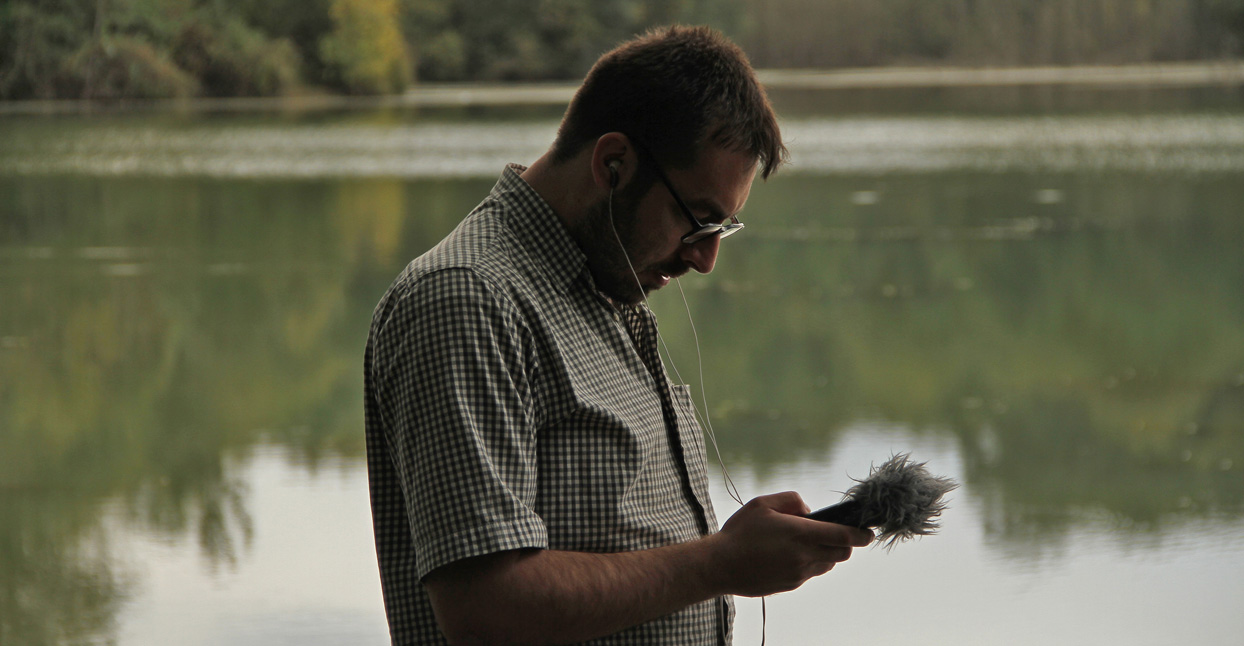 He’s been shockingly prolific; since 2012, he’s put out at least nine solo releases (including full-lengths and a few 3” CDs), two compilations of remixes of his work by others, and multiple collaborations with artists in other countries, including Arovane, from Germany, and Darren McClure, who lives and works in Japan.

It’s possible to hear echoes of everything from Tangerine Dream to Oval to Bernhard Günter in Hatami’s work. A piece may be built around delicate piano laid atop softly pastoral synths, or it may consist of layered crackle, with barely perceptible electronic pulses gradually rising in the background. When sounds from the real world enter Hatami’s creative universe, they’re manipulated almost beyond recognition.

Hatami’s most recent release is Organism, his fourth collaboration with Arovane. A collection of 19 tracks, some as short as 30 seconds and others in the six-minute range, it creates an ominous atmosphere full of stereo-panned pops and crackles, and dark-toned zooming hums. It’s like the sound design from a horror movie set on a haunted spaceship; on headphones, it’ll have you looking nervously over your shoulder.

A lot of your sound sources are field recordings—do you do all of that yourself, or do you find recordings elsewhere? Where do you typically go to record, and what do you listen for when you’re out and about?

Yes, I record all the material I use. I used to capture all of them in nature, usually outside the city where I live. I carried my recorder around all the time on hikes, and also if I was on vacation. I don’t have a specific aim when I’m out capturing sounds. I record anything that sounds interesting, and then I transfer them back to my computer, clean them up and process them. I usually end up deleting half of the recordings.

Lately, I have been more interested in recording the sound resonating from random objects; I collect and record all sort of objects, especially those with mechanical parts.

What kind of gear and software do you use, for field recording and then for sound processing? Is it a challenge to buy synths and other technology that you might need in Iran? Or do you travel enough that you get what you need elsewhere and bring it home?

My setup is all software, except for my recorder (Zoom H4N) and a few small controllers. I use Ableton Live, Max/MSP and some soft synths and plugins. Yes, it is challenging to lay hands on the latest technology in Iran, but as mentioned before, I don’t use outboard gear and so far, I haven’t experienced any problems with that. Of course, there are some local retailers that you can buy equipment from. They have limited options in the store, but they can provide and order accessories on demand.

Your music is more like sound art at times. Without getting into “influences,” whose work inspired you to make this kind of music?

Organism is your fourth collaboration with Arovane; have you two ever met in person?

No, we have never met in person. We started talking via email a few years ago, realized that we have many shared interests, and decided to work together. We talk on a daily basis and send each other sounds, sketches, and ideas all the time. We both have a huge folder of sounds created over a period of years. When we decide to work on a new album, we go through them and pick some as a starting point. Usually the process is quick, because we both know and agree on what we are aiming for. I think that is one of the accomplishments that have sprouted from this relationship, as we have no problem deciding which direction a new record is heading. The method is similar each time, but the process is getting faster. The sound and style of the albums keep changing. We like to explore new areas.

Did you have input into choosing remixers for the Shallow Remixes album? What are your thoughts on other people’s reworking your stuff?

The idea of Shallow Remixes goes back to Dustin Morris of Dewtone Records. He loved the original album and asked me if I was interested in a remix album, done by Dewtone Records’ artists, and I loved the idea. So almost all of the work was done by him, from choosing the artists to contacting them, mastering and releasing the album. It’s always great to hear people’s take on my music, to see how the work talks to them and how they react to different elements in it.

You’ve only done a few remixes of other people’s work—do you enjoy it? What do you hope to contribute, when remixing a track?

I do enjoy remixing other people’s work, especially if I’m enjoying the track. I’m not interested in deconstructing the work completely. I try to find a new perspective that is still true to the original work, such as finding sounds that are buried and almost hidden and bringing them to the foreground and rebuilding the track around them.