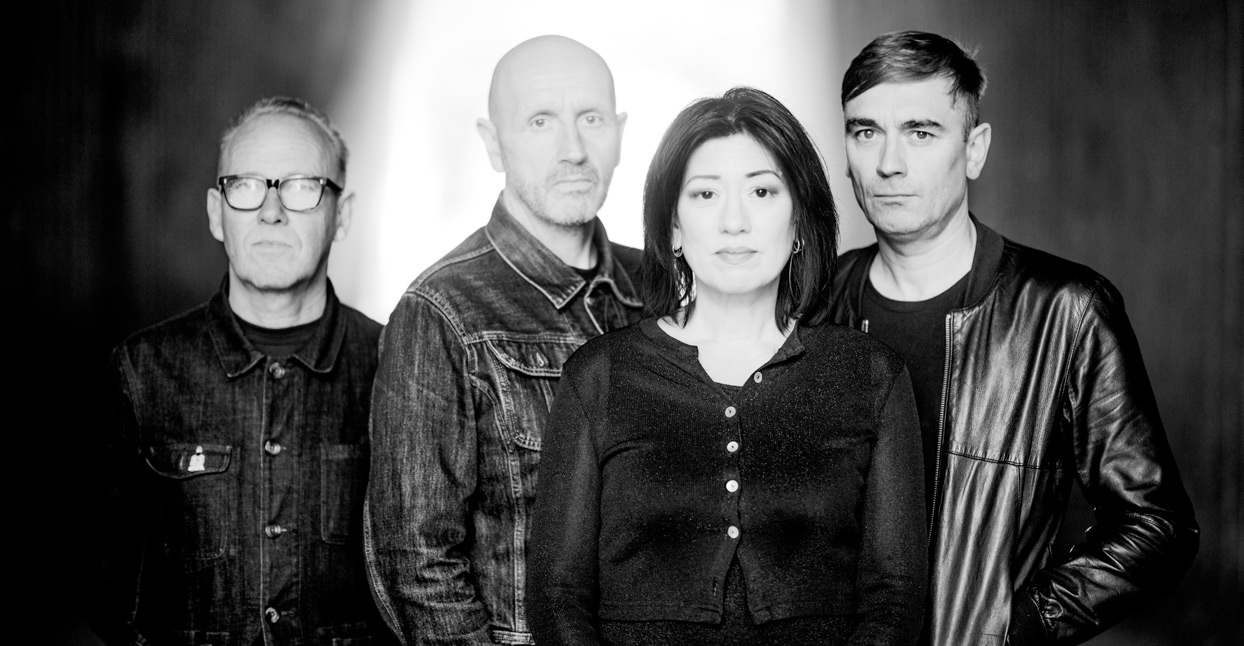 Miki Berenyi is not one to mince words. Speaking by phone from England, the Lush frontwoman explains the origins of her new group Piroshka—the name comes from the hero of the Hungarian version of “Little Red Riding Hood”—with an equal mix of humor and clarity.

“To be honest with you, it wouldn’t have happened if we had to start it from scratch,” she says. “It could have fizzled out at any point. If someone had come along with a grand plan, I probably would have thought, ‘Oh, fuck it, I can’t do this, this seems like far too much work. It was that slightly organic, one-thing-at-a-time kind of thing. Baby steps, you know?”

Despite the group’s slow-and-steady formation, its members have known one another for years. Berenyi and fellow guitarist KJ McKillop—a core member of the group Moose—have been partners for the last 20 years. Drummer Justin Welch, famous for his role in Elastica, played in the Lush reunion that ran from 2015 to 2016, and bassist Mick Conroy, a founding and continuing member of Modern English, occasionally serves as a touring member of Moose. The band started taking shape as the reunion of Berenyi’s previous band started to unravel.

“The Lush thing had fallen apart,” explains Berenyi, “and it was Justin that suggested it. It was just a kind of, ‘I’m going to sing to you a couple of tracks, and we’ll see what happens.’” And while it would be easy to pigeonhole Piroshka as a “Britpop supergroup,” its members categorically reject that shorthand.

“I think the difference for us,” says McKillop, “was working with someone like Justin, who is an absolute ball of energy. Once you’ve written a song or you’ve got a melody, once those live drums come to it, it ups things a little bit. The genesis of the songs were quite different for each one. It might be Justin’s idea or Mick’s idea or mine or Miki’s. There was a lot of overlapping songwriting going on.”

That energy and collaborative spirit is evident throughout the album. Brickbat kicks off with the stomping glam punch of “This Must Be Bedlam,” which is as much a tribute to classic brawlers like Slade as it is a nod to contemporary bands like Giuda. Berenyi’s blend of loping vocal sass and easy swing on the chorus sends everything over the top—in the best possible way. It feels like a group stepping out with confidence to burn.

Other songs, like the shimmering kick of “What’s Next” and the buzzy “Never Enough” and “Run For Your Life,” draw on Lush’s blend of immediacy and bite, but the group is not afraid to step beyond the familiar. There’s the swinging ‘60s pop of “Village of the Damned” that conceals a sharp lyric about school shootings. “Blameless” has a beautiful murmuring melancholy not far removed from John Barry’s orchestrations, while the triumphant statement-of-purpose “Hated By the Powers” looks at the U.K.’s own tangled sociopolitical murk and makes a case for something better.

As for the future of Piroshka? “I literally don’t know what to expect,” Berenyi concludes. “In a really boring way, I have to say that I think most of us are just hoping that the album’s well-received, and it’s something to build on and that everybody’s quite keen to make another record afterwards.”

“We’ve already started working on new material as individuals,” says McKillop, “and when we get the chance, we’ll get together and try and work on these new songs. I mean, we are touring next year so the priority really will be just to rehearse and make sure that this material sounds as good as it can be onstage. But there is definitely something else coming, and then we’ll see what happens after that.”