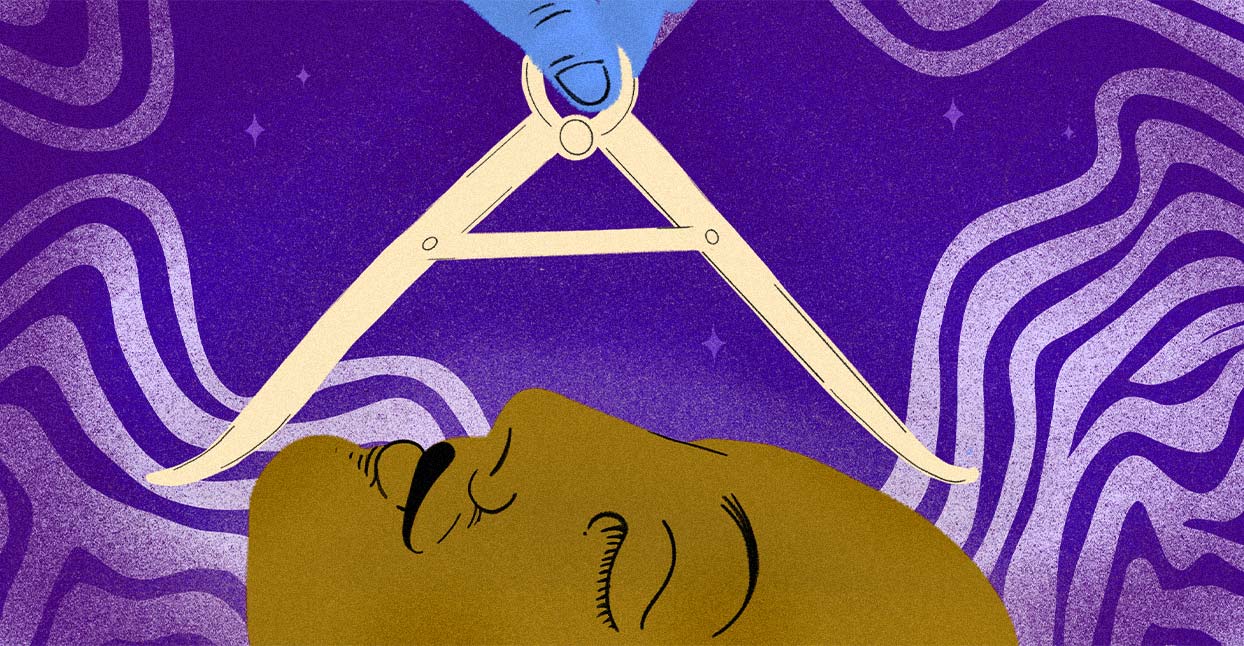 It’s official: The onslaught of information in the 21st century is stressing us out. According to a study in 2018, 25% of adults in the United States develop insomnia. Google searches for relaxing music have shot up nearly 300% in the past five years. It’s data like this that convinced Neal Sarin that his peace-promoting Pineal Labs label is well worth the effort.

The base concept is a simple one: Pineal Labs is a digital label that releases what the New York-based Sarin currently dubs “meditation music.” Here’s what makes Pineal Labs exceptional, though: They ask their listeners to don EEG readers in search of biometric feedback on how effective the music actually is. The process of gathering biometric responses is well underway—the label’s first release was in May, a short, eight-minute EP of meditative music composed by Sarin himself under his Neal Anand alias. “Right now, we’re just doing it DIY and collecting as much feedback as we can,” explains Sarin. “It’s currently with a few friends and family, plus a few strangers on the street. But you’ve gotta start somewhere.” Listening sessions chart the brain responses to the tracks, showing reactions to specific musical moments in order to help streamline and improve future releases.

The three brief tracks on the Akasha EP—“Miami,” “She,” and “Meadow”—already exude a warm, caressing energy, transporting listeners into a state of blissful relaxation. It’s a lush suite of MIDI keyboards, synthetic pulsations, birdsong, and ocean waves, created by Sarin as an artistic statement rather than a data set. “The way these three tracks were created wasn’t data-driven,” he says. “It was just me sitting at my DAW with a keyboard, playing phrases that resonated with me and structuring it in a way that I felt could draw the listener in.”

It was David Lynch’s autobiographical book Catching the Big Fish that got Sarin interested in meditation nearly a decade ago. The book espouses the benefits of meditation, not only on personal tranquility, but also on creativity and awareness. “I didn’t really know meditation helped you with that, but the minute I started practicing it, I started feeling benefits,” he says. “It made me curious, too—what’s being stimulated there? The pineal gland? Are alpha waves being emitted? It set off a bunch of question marks in my mind.”

For several years, Sarin worked for JioSaavn, India’s largest music streaming service. He started up the service’s very own A&R department, and worked with the likes of Nas and Marshmello to help promote young Indian artists from around the world. This idea for a “meditation music side project” however, never went away. Now, Pineal Labs represents a confluence of concepts, sitting between Sarin’s own meditation practice and a pop-oriented desire to use data to streamline music.

“Traditional ambient music was always so drawn out and spacey—it didn’t really cut to the chase, you know? I felt I could take some of my pop sensibilities and create music with healing elements to it, created to mimic meditation.”

The current focus is on signing unidentified artists (the aim is to issue music on a near-weekly basis starting this fall) and collecting data from EEG listening sessions with the new EP. “Do people like the nature sounds?” asks Sarin. “Are these pulsating isochronic tones what is really doing the trick? Do those tones need to come in more subtly?” The way he sees it, the more data they get, the more they can break it down into an actual science. “Not to make the music formulaic,” he clarifies, “but to make guidelines.”

Given enough input, Pineal Labs could end up utilizing data to perfect easy-to-consume healing music for the information age—in the process turning digital stressors themselves into the very tools for humanity’s relief.