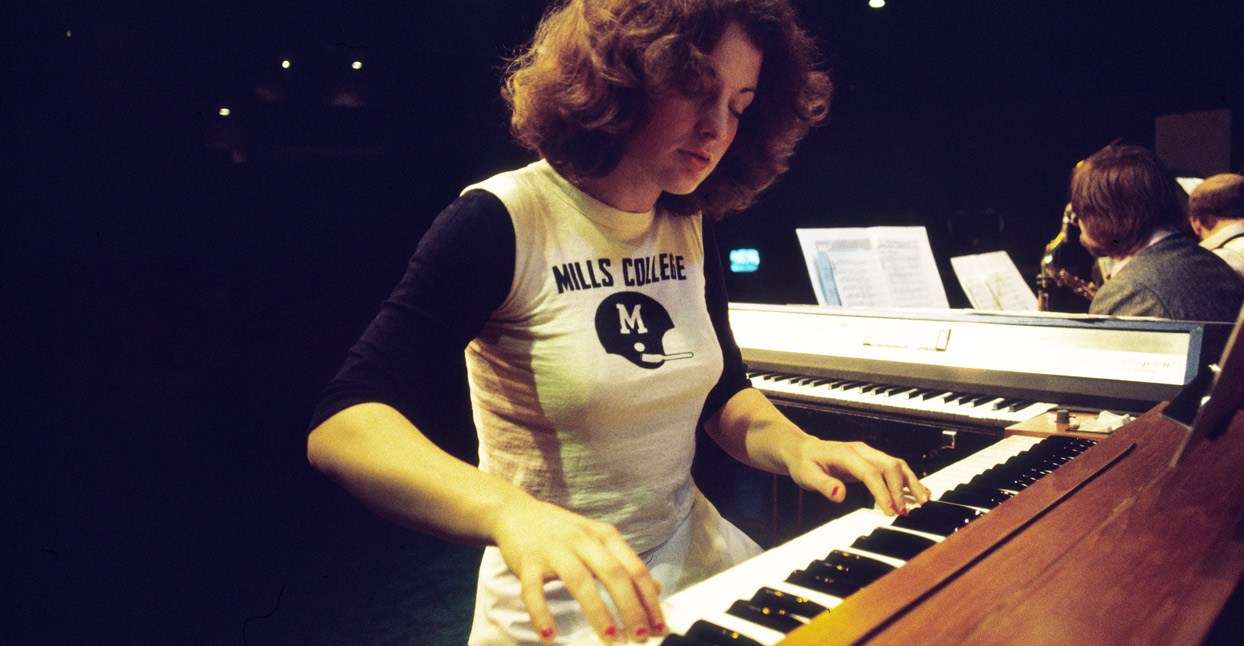 The year was 1976, a time when the term “rock” meant stadium-packing pomposity: Rush, Boston, Kiss, Peter Frampton. But one particular concert flyer at the University Art Museum in Berkeley, which read in bold, “Trust In Rock,” didn’t advertise the big stars of the time. The headliners, Peter Gordon and Blue “Gene” Tyranny, were two practically-unknown composers. And the poster’s image of palm trees and parked cars hardly seemed like the kind of thing you’d use to drum up interest for a rock show. Now, some 40 years later, Gordon admits, “Trust In Rock was more aspirational than tongue-in-cheek.”

In truth, it was a bit of both—the duo fronted an eight-piece ensemble that zig-zagged through academic new music with catchy choruses and a distinct rock backbeat, while also snatching up jazz, R&B, gospel, classical, and minimalism along the way. Imagine Steely Dan and Steve Reich jamming in the studio, or Terry Riley making In C with Linda Ronstadt, and you have an idea of the odd confections tucked into the set. Trust In Rock, which was originally a three-night concert event, is now a sprawling three-LP (or two-CD) set, thanks to the Unseen Worlds label. These shows were “largely in response to the ‘new music’ in general,” Gordon says. “Academic composers, who controlled the major institutions and funding for composers, were still deep into either post-serialist structuralism or austere minimalism.” And rock was stalled in the cul-de-sac of progressive rock, still awaiting the jolt of punk.

At the time, Tyranny was working as a teacher at Mills College, and Gordon was enrolled as a grad student, studying music under the tutelage of groundbreaking composers like Robert Ashley and Terry Riley. Tyranny was also the engineer at the college’s recording studio and—as Gordon recalls—“I was always pestering [Tyranny] for studio time.” Tyranny recalls hearing one of Gordon’s tape pieces that mixed the Buchla synthesizer with a newscast about Patty Hearst. “I believe he was the first person I heard saying that the revolution is personal,” Tyranny says.

Gordon relocated to New York City, but he and Tyranny stayed in touch. While in NYC, Gordon immediately fell in with musical iconoclasts Philip Glass, Arthur Russell, and Rhys Chatham, and performed an early version of Trust In Rock highlight “Intervallic Expansion” with Glass on keys and the Modern Lovers’ Ernie Brooks on bass. Gordon started composing new material as well, looking to the works of postmodern feminist writer (and then-girlfriend) Kathy Acker for inspiration: “I would ask Kathy for lyrics,” he explains, “and she would write or extract from whatever she happened to be writing at the time.”

While Gordon and Tyranny were exploring unknown realms in new music, both also shared roots in the American pop vernacular. Tyranny cut his teeth in rock ’n’ roll bands deep in the heart of Texas while also getting an earful of country and Tex-Mex music. And when he moved up to Ann Arbor, he backed up touring Motown acts and formed The Prime Movers, a blues band that featured the future Iggy Pop on the drums. Starting out on saxophone and organ in rock and funk bands as a high schooler, Peter Gordon frequented the house in Woodland Hills where Captain Beefheart and his Magic Band rehearsed their infamous Trout Mask Replica album, an experience that clearly rubbed off on Gordon. “Don [Van Vliet, aka Captain Beefheart] thought of music as a sculpture and abstract painter,” Gordon says. “He didn’t care about the rules of music…treating the rhythms, riffs, and sounds as raw material.”

Throughout these performances, Gordon and Tyranny sculpt the raw material of their past into a fresh, eccentric future. Tyranny’s four contributions, which comprise the collection’s first half, showcase rollicking piano work interwoven with boogie-woogie, western swing, Ellingtonian jazz, and more, propelling the band to ecstatic peaks on the 20-minute “On the Other Hand.” He says of the concerts, “The idea of developing those song forms through different generative ‘new music’ procedures was unique to Trust In Rock. We did not think much of the term ‘art rock;’ It was just another way of making music.”(To wit: “Leading a Double Life” and “Next Time Might Be Your Time” were later re-recorded for Tyranny’s winsome Lovely Music debut, Out of the Blue, which Unseen Worlds also reissued.) 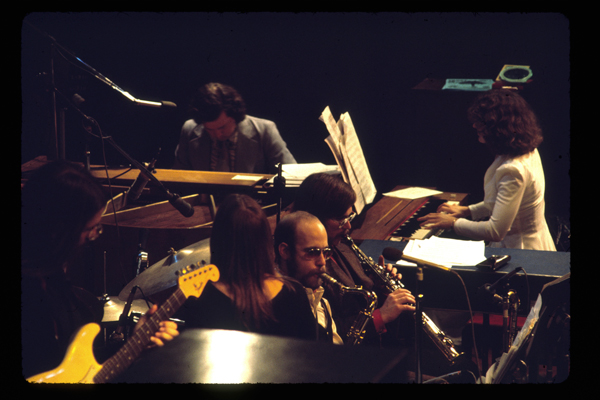 It might have received next-to-no press coverage at the time, but Trust In Rock had a lasting impact on the genre nonetheless. The following year, Mimi Johnson founded the beloved indie label Lovely Music; Gordon’s Star Jaws and Tyranny’s Out of the Blue were among the label’s earliest releases. It would slot alongside Robert Ashley’s Private Parts, David Behrman’s On the Other Ocean, Jon Hassell’s Vernal Equinox, and introduce a new generation of maverick composers who boldly pushed past boundaries.

Listening back to the tapes over 40 years on, Tyranny can hear how much joy there was in the ensemble. “I am struck by the detail and the interplay of the musicians throughout,” Gordon says, “and how everybody was listening to each other while maintaining their independent voice within the music. I remain constantly in awe of the sheer beauty and depth of Blue Gene’s music.”