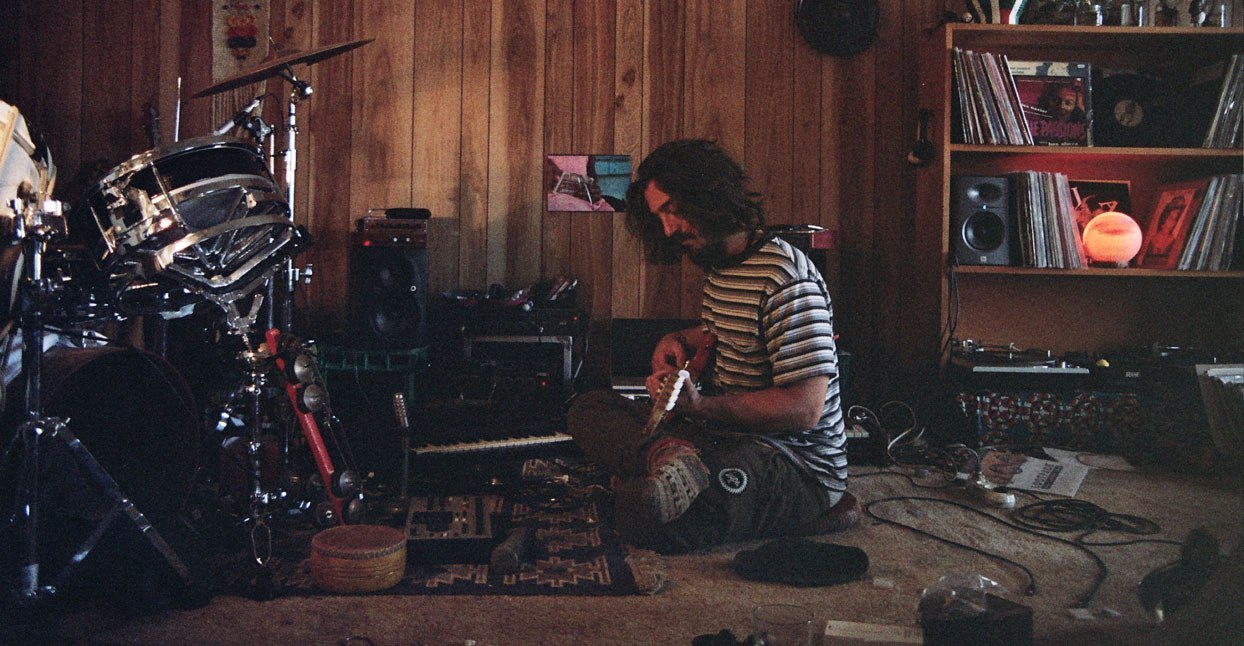 Listening to Perrin Moss talk, one thing becomes quickly apparent: the man is obsessed with music. The breathless way he discusses everyone from Arthur Verocai to Stevie Wonder is the sound of someone in awe.

“With this record, I wanted to hone in on the space between electronic and organic worlds,” says Moss, who records and performs as Clever Austin. “And when I heard Arthur Verocai, I knew I had to play the guitar. So it’s all over the record.”

In his role as the drummer in Hiatus Kaiyote, Moss helped the group fashion a velvety take on the sultry sound of ‘70s soul. As a solo artist, Moss is trying to achieve the same thing—put his own spin on familiar sounds—although the way he goes about it is vastly different. Pareidolia is a delightful slice of warped beat music, equal parts radical soul and Low End Theory playfulness. The latter is most apparent in the album’s instrumentation. On “Speckle,” Moss’s fingers run up and down the guitar’s fretboard, pursued by drums and synths. The bass moves even faster, recalling the controlled chaos of Thundercat. “Dime Head” is glorious cacophony, with drums that sound like tin cans rattling beneath a hypnotic bass riff. “Ark” opens with the sound of a didgeridoo before giving way to a beautiful acoustic guitar line that recalls, yes, Arthur Verocai at his finest.

But Pareidolia is about more than just Moss flexing his musical chops. “The album is about trying to find that perfect tone, the perfect changes,” he says. Despite its manifold influences, Pareidolia displays a remarkably assured voice. Much of that is thanks to Moss’s time in Hiatus Kaiyote.

“In Hiatus I play drums, so I learned a lot about the other people I’m playing with. I learned about communication skills. I learned about collaboration, and what the difference is between playing by yourself, and searching, exploring, and discovering with a group of people.” Those differences are crucial—especially when Moss invites guests into the fold on Pareidolia.

“Blue Tongue” is a soulful, percussion-driven track featuring Jon Bap, heavy on loops, but with enough room for Bap’s rich voice to flutter and expand. Throughout Pareidolia, Moss demonstrates a willingness to step into the background, allowing his collaborators to come to the fore. “You Are All You Need” is a wonder, placing the rich, heavy texture of Georgia Anne Muldrow’s voice a top limber, spacious funk. Sonically, it’s hectic; but it fits Muldrow’s vocal style effortlessly. It’s a feat.

Perrin Moss has been a staple in the drum and production world for so many years it’s a bit shocking that Pareidolia is his solo debut—which might be why it’s packed with so many ideas. But while Pareidolia is a full record, it never feels overstuffed. It moves efficiently from track to track, never lingering on an idea for longer than necessary. It’s in these moments that Moss is able to convey the same thing many of his favorite songs do. “My intention is for people to be swept away from where they are and just forget everything. It’s like watching a really good movie or hearing a really good song,” he says. That’s what he looks for in music, and what artists like Stevie Wonder and Arthur Verocai do for him. Pareidolia stokes a similar flame—the delightfully twisted words of a man who best speaks through music.