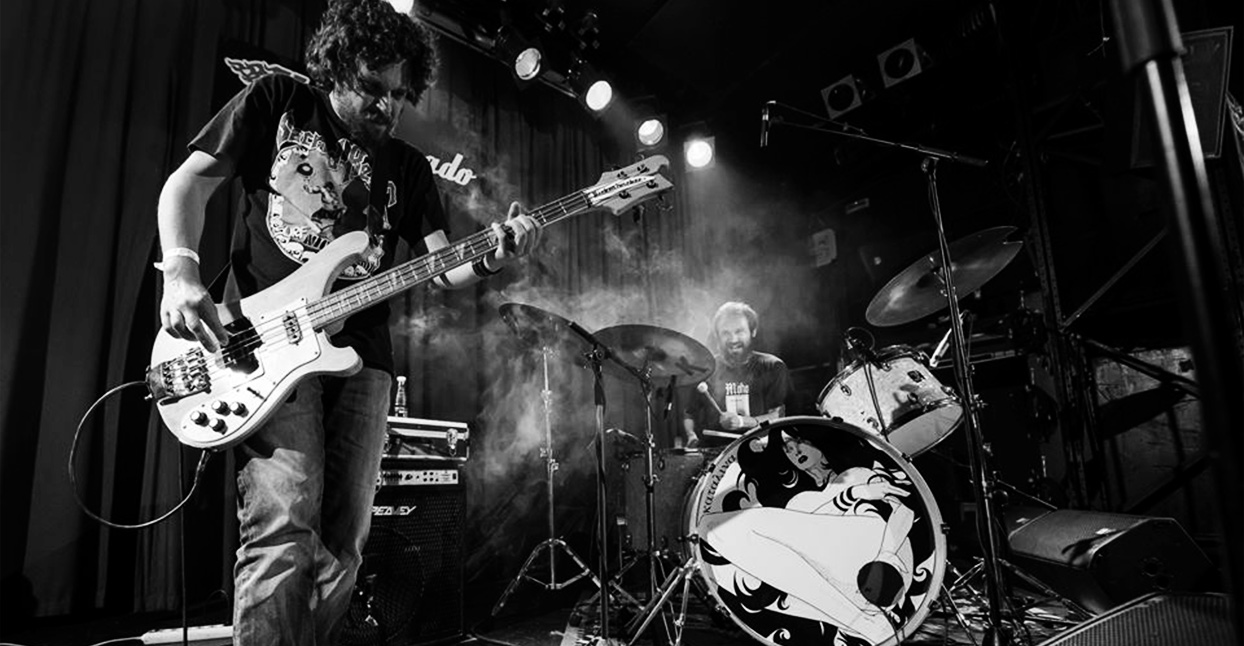 A decade ago, the Spanish trio debuted with Gran Poder, a four-song slab of madhouse doom that seemed specifically designed to test the parameters of the genre. They would start and stop, go near-silent or maddeningly loud, twisting and turning until they arrived at the borders of their self-described form. It was a wonderfully weird mess.

Orthodox quickly exited that realm, though, leaving Southern Lord Records and, during the next dozen years, plowing loudly into jazz and rock and even bits of electronic drone. But Supreme, the band’s latest album, is the most unapologetically strange and ecstatic record they’ve ever made, bar none. Recorded with saxophonist Achilleas Polychronidis, the one-track, thirty-six-minute LP links the shivering fury of free jazz with the shuddering quakes of doom. Imagine the Melvins, sans vocals, wrestling with Ken Vandermark, or Sleep waking up to find that Mats Gustafsson had replaced Matt Pike. Supreme is aggressive, outlandish, and engrossing, a live-to-tape trip that makes more sense through speakers than on paper.

We spoke with bassist Marco Serrato about the unlikely link between doom and jazz that makes Supreme so good.

In a little more than a decade, Orthodox has gone from being a standard, great doom metal trio to a collaborative duo to, on Supreme, a wild doom-jazz trio with saxophone. Why?

We spent about 10 years being a classic power trio metal band. In the past, we used some collaboration, but the root of the band was always the power trio. Once we parted with our guitar player and became a duo, our idea was to collaborate with different people and play with anyone who was able to make something interesting.

Our previous album, Axis, is full of collaborations. Achilleas is on one song. We have a clarinet player and another horn player, another drummer, and another singer in one song. For us, it’s something we’d like to keep doing. We’re always open to make different stuff with people we cross along the way.

Does it feel more like a different band with the same name, or do both ends of your career feel connected?

For me, it’s the same thing. Supreme was hidden inside the core of what we’ve been doing since the first album. Even on our second album, we started to make different things. When we were playing Gran Poder stuff, our first album, we were thinking about different styles. We’ve always been interested in making different things, like Supreme. Some people liked the first album because it was doom metal. It’s easy to like, and everyone knows what kind of music it is. But for the second album, it was not our game to be only making the standard doom metal. For me, Supreme makes a final step, a finale, to what we’ve been looking for since the first day.

Achilleas played with you on Axis, and he’s the costar of Supreme. How did he become such a key part of Orthodox?

We love sax, and we love aggressive sax players, like Peter Brötzmann and Evan Parker. We really wanted to play with Achilleas, who we have known for a couple of years. We thought it was the time, because we had a gig in his town. We called him and said, “Let’s do something together.”

What makes an ideal collaborator for Orthodox?

We like to play with our friends. Of course, they also need to be good musicians. On the other hand, it would be cool to have some classic metal people in something as strange as this. Having a thrash metal band make something real crazy with us would be cool, too.

Supreme definitely has a structure and lots of careful movement, but portions of it do seem to be improvised. What’s Orthodox’s balance between those two approaches, composition and improvisation?

It is not free. There is improvisation, but there are a few rules that are very clear. We are very clear about how we have to sound and what the piece is about. I made notes, for example, of melodies. We had the sound of the bass in the middle, and only slow beats. And outside of everything, we wanted the saxophone, making noise.

Intensity, motion—what’s the connection between heavy metal and jazz for you?

For me, the feeling is very natural, and it has been in heavy metal since the beginning. If you had the first Black Sabbath album—it was the heaviest thing of the moment, and there’s jazz influence in the drums and bass. For us, it’s the same. There is no separation for us. Jazz is in the roots of heavy metal, so, for us, this is a very heavy-metal album. I feel the Black Sabbath thing there, and I feel the connection to early metal and some progressive bands. I don’t need to look for links, because, for me, it’s naturally linked.

In your career, you’ve touched on metal and jazz and classic rock and electronics and blues and North African music. So, what’s taboo for Orthodox?

Utech has become one of the premier American labels for experimental exploration in recent years, whether that’s through noise or metal or jazz or some strange combination of it all. How did you connect with Utech?

Keith Utech contacted with us at the very beginning of Orthodox, and I always kept an eye on the label. I like its music. When we recorded Supreme, we recorded it with Utech Records in our heads. The audience from the United States pays more attention to its own labels, so we felt some people had forgotten Orthodox. But now they know Orthodox again with Supreme.