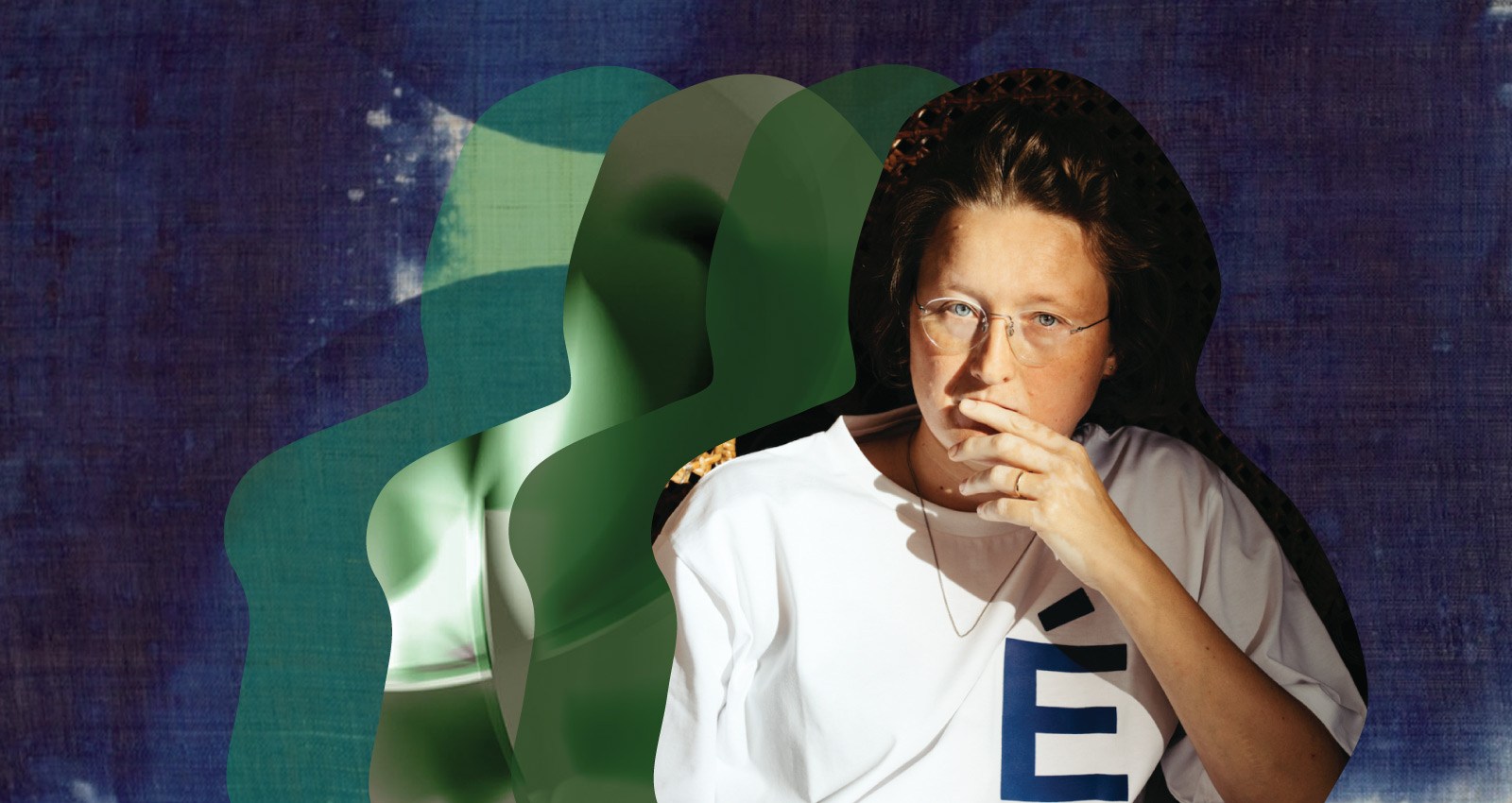 London artist Beatrice Dillon exists comfortably at the cutting edge of modern electronic music, regularly rubbing elbows with the likes of Call Super, Ben UFO, Laurel Halo, Kassem Mosse, and Karen Gwyer. And while her tracks are percussive, club-heavy, and quicksilver, her roots reach well beyond the club. Dillon first emerged on the electronic music landscape in 2013 with a mix for esteemed The Trilogy Tapes label that was culled from old Folkways albums. She has a deep appreciation for that label’s epochal Anthology of American Folk Music box set, which was compiled by the legendary polymath Harry Smith. “There’s some incredible songs, some incredible portraits of America (on it),” raves Dillon over the phone from her workspace in central London, where she’s currently studying at Chelsea College of Arts (the subject of her dissertation is Smith himself.) “I was excited by how idiosyncratic the Anthology was, in the creativity of collaging and putting things together, how Smith presented it as this fake/truthful document. That approach is still relevant to me.”

The correlation between century-old folk music and Dillon’s whirlwind debut, Workaround may not be immediately apparent, but a closer inspection reveals it to be an album that playfully continues along that axis of fake/truth. From the photograms of German visual artist Thomas Ruff on the cover (which use light-sensitive paper to take “photos” of images that aren’t real), to the music within: The album credits upwards of 12 musicians and fellow producers, ranging from Halo and bass music producer Batu to players like the UK Bhangra pioneer Kuljit Bhamra on tabla, Pharoah Sanders Band’s pedal steel guitarist Jonny Lam, and Senegalese Griot kora player Kadialy Kouyaté. But all of it runs through Dillon’s laptop. “I’m not interested so much in live playing,” she says. “I’m more interested in the rigidity of the computer and bending that and pushing against that. It’s not people in the room playing. It’s completely made-up lies!”

The end results make for a dizzying tour of modern dance music. Using a similar palette of sounds to create decidedly different results, Workaround feels uniform and gently bewildering, easy to get lost in, as familiar sounds mutate into new forms as the album progresses. “Workaround Three” foregrounds dry handclaps, bits of cello, and what might be thrummed bamboo stalks, making for a mesmerizing grid of beats that Dillon then smears visceral electronics over. “Workaround Eight” clocks in at a gqom-esque 150 bpm, as Dillon bandies other tones to ricochet around the stereo field. “Clouds Strum” overlays tabla, digital glitches, rattles, and electro hi-hats, each providing cross-current rhythms that dilate ever-so-slowly so as to allow in more and more negative space.

“I made two demo tracks and invited people to play on those,” Dillon says of her approach to Workaround. “Some artists were given quite specific guidelines about what to play; sometimes, it was just their interpretation. Then, I deleted those two tracks, and pieced all their parts together to fit the new tracks. It’s fiction.” And while the title of the album suggests an impasse, Dillon’s appreciation of the word comes from the process of bringing chance operations and variables to bear on her work. For her, the album’s 14 tracks aren’t “definitive tracks,” but “temporary solutions,” a handful of elements reconfigured each time around, like just-thrown dice “It’s versions and variations. I really liked that in music.”

Shards of her collaborators’ contributions pop up across the album, but they’re spun like a centrifuge into beguiling new patterns. Consider Laurel Halo’s contribution to “Workaround Two,” where the entrance of her finely minced vocals makes the song veer from glitchy beats (weaving in horns and pedal steel) towards surreal pop. “I find her music brilliant because it’s got the right amount of tension,” album contributor Laurel Halo says via email. “I’m also drawn to the economy. It’s not easy to write music that is so stripped that a tiny change in a pattern or timbre can alter the whole form, or understanding of the whole.”

It’s imaginary club music, as Dillon admits she doesn’t much like going clubbing, but knows that her music is often presented in the club. For Workaround, Dillon says, “patterns [of] rhythm and how rhythm works psychologically—how we understand it, how it moves us, how it makes us feel like dancing.” Whether it’s old folk music or modern electronic music, kora, cello, or a computer beat, Beatrice Dillon expertly juxtaposes it all so as to make your body and mind move.