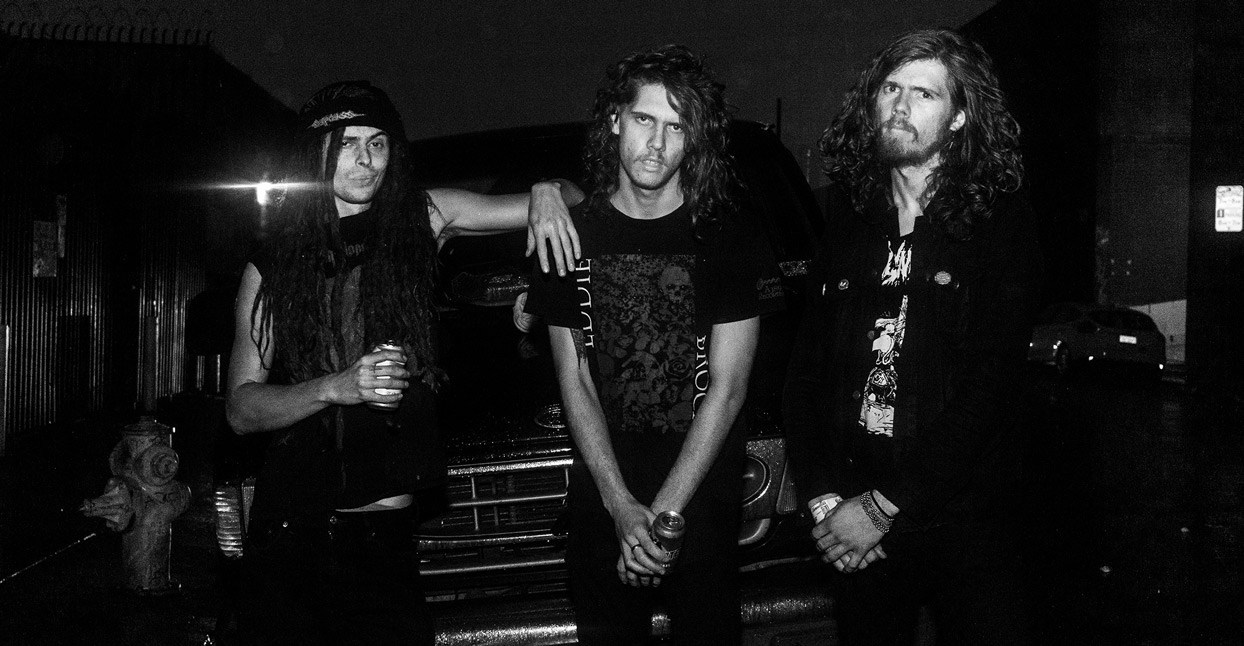 Noisem covered a lot of ground in their first three years of existence. Between 2013 and 2016, the Baltimore five-piece released their first two albums to widespread acclaim, opened for Carcass on Decibel Magazine’s annual tour, and in June 2016, announced that they had signed to metal mega-label Relapse Records. When the dust settled, only one member of the band was older than 21. With a new album set to be recorded later that summer, Noisem seemed unstoppable.

But although the band appeared to be sitting on top of the world from afar, they were struggling internally. “From the time of being released from our former label, A389, to going into the Relapse contract, tensions within the band were at an all-time high,” recalls guitarist Sebastian Phillips. “Nobody was getting along, people were making conflicting decisions for the band, sometimes without having anything to do with it or telling anybody. There was just a lot of miscommunication — a lot of bullshit — going on.”

And then the dominoes began to fall. One year after announcing the Relapse deal, and with no further updates on album three, Noisem announced the departure of 3/5ths of the band, compensated — perhaps a bit awkwardly — with only one new addition: bassist/vocalist Ben Anft. “Relapse didn’t like hearing that,” says Phillips, “So they decided to drop us.”

It’s now been almost four years since Noisem’s last album, Blossoming Decay, and almost three since they first shared plans for a follow-up. Like any other genre of popular music, metal is beholden to youth- and aesthetic-based trends, but it’s rarely considered as momentum-dependent as, say, hip-hop or pop. Still, four years is a long gap between albums, especially for a band that came out of the gate at lightning speed. Noisem’s fans may not be about to ask, “What have you done for me lately?”, but if they do, the band’s new ripper on 20 Buck Spin, Cease To Exist, should silence any and all concerns.

Noisem look a hell of a lot different than they did four years ago, and fittingly, the album reflects those changes. The band, now consisting of Anft, Phillips, and Phillips’ younger brother, Harley, are no longer teenagers, though Sebastian maintains their youthful reputation remains intact: “I’ll be 25 this year and people still call me ‘kid.’” Long gone is the “tongue-in-cheek death metal,” as Harley puts it, of their debut album, Agony Defined; while some of Blossoming Decay’s vicious blend of death, grindcore, and thrash remains, it’s more firmly defined, more brutal. Like its busy, swarming guitar sound, Blossoming Decay’s lyrics skew heady and poetic in ways that recall Converge’s Jacob Bannon. Most of that came from former members Billy and Tyler Carnes (also brothers), who handled the artwork and lyrics, respectively. “A lot of the visual aspects and lyrics that pertain to that record are really personal to [the Carnes’] lives,” Harley says, “It’s something that I haven’t really been able to decipher.”

Although Anft is technically Noisem’s newest member, his ties with the Phillipses predate the band itself. According to Sebastian, he used to annoy the brothers by playing Alice In Chains’ “Man in the Box” on Rock Band “over and over again, loud as fuck,” All three played together in an earlier incarnation of Noisem called Necropsy; Anft has played with Sebastian in their other band, Castle Freak, since 2012. Sebastian calls Anft “the most solid dude I’ve ever worked with,” and felt perfectly comfortable ceding lyric duties to him. “I pretty much just let Ben run with it,” he says, “There’s things that I think we should sing about, but I don’t really want to tell somebody else what to sing, so fuck it.”

“It’s all super evil, dark music, so it’s pretty easy to come up with lyrics that match that,” adds Anft. “There’s a lot to do with mental health issues, drug addiction, just trying to fuckin’ survive in the world— coming-of-age, almost, but just about a lot of the terrible things that young people have to deal with growing up in this world.”

While Cease To Exist retains some classic death metal exaggeration (consider a line like “Viscera pouring from the skies/ Knee deep in gore never batting an eye”), the subject matter skews realist, all cautionary tales and revenge fantasies. “Downer Hound” addresses the opioid crisis head on, name-checking Xanax, its generic version Alprazolam, Percocet, and Oxycodone, before Anft concludes, “Sicker than shit, can’t face reality/ Weak and pale, another drug war fatality.” Another song is titled “Deplorable,” and if that term’s divisive connotations aren’t enough, Anft bellowing, “One day it’ll be your head on the chopping block” should make his target clear.

“I think we’ve taken on a darker approach to things lately,” says Harley. “I don’t know where it specifically comes from, but it’s definitely prevalent [on Cease To Exist], and it’s probably something to do with the current state of the world right now.”

That darkness isn’t just apparent in the album’s lyrics: Cease To Exist brings the out the darkest parts of Noisem’s influences. Here, the crushing paranoia of ‘80s thrash converges with death metal that prizes real-world violence over pulpy gore, as an understated hardcore fury quickens the pulse. Six years after the Phillipses started Noisem, their stylistic blend has become seamless, distilling the fastest, angriest parts of their influences into something brutal but uncluttered.

“I just take all of these influences in,” says Sebastian, “and get the same feeling from them all: this unrelenting, aggressive undertone.” Rage suits him well.