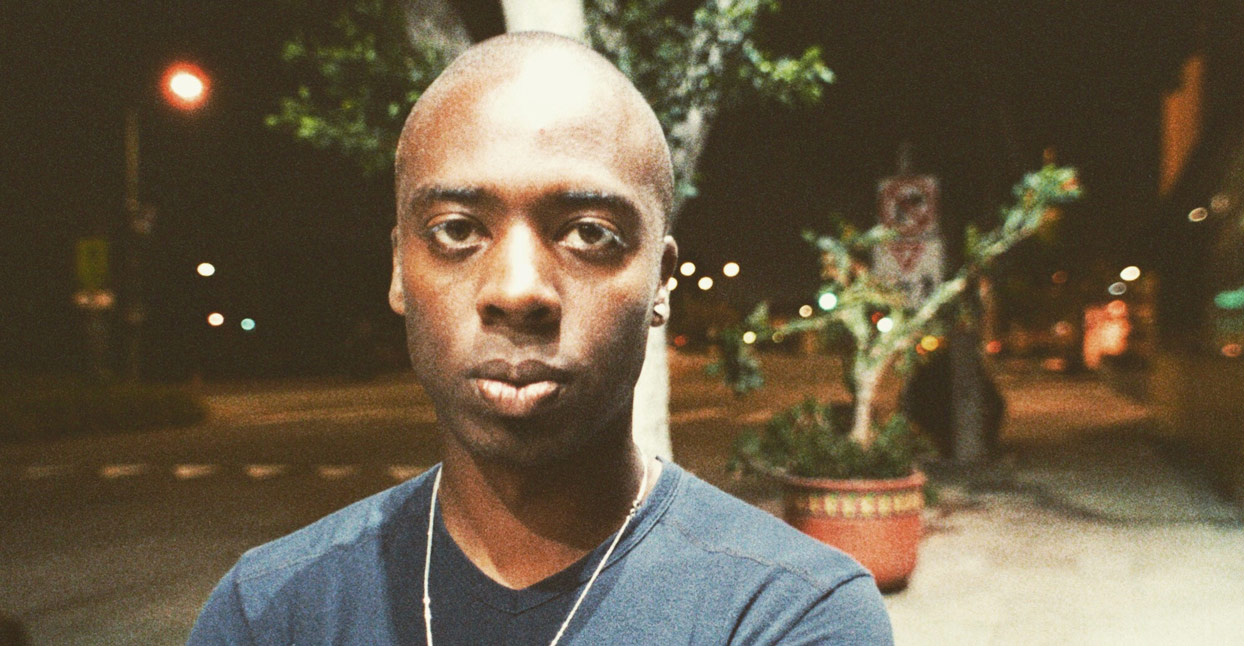 James “Nocando” McCall seems happy. When we caught up with the underground staple in his Los Angeles home, positive spirits abound, which might seem odd considering that his new record, Severed, delves into the pain he’s faced over the past few years. He’s seen his marriage fall apart and his Hellfyre Club crew disband. Severed is a direct reflection of these events. McCall put these songs away for a few years after the initial recording sessions, only to be reminded of their existence during a wedding he attended last year—love can still withstand, after all. The place he’s in now is far from the man he was then. “It’d be dangerous for [those songs] to come out at that time,” McCall tells us. “It would have been wasted. I would have been heartbroken and angry.”

His decision to hold the music is remarkably level-headed, given the pain associated with it and how all-encompassing it can feel at the time. McCall is now in a better place, and Severed is a diary of incredibly dark times. We spoke with the MC about balancing art and commerce, making music for the underground, and his early days as an all-world battle rapper.

What’s it like putting out an album on your own label? Do you ever find the business side distracting from the artistic side?

First of all, I don’t want to consider this project an album. This thing is for the underground rappers. I’m just calling it a project. If I would have released this in 2015 like I should have, it would have been my follow-up album to Jimmy the Burnout. In the past, when I was releasing an album and being the label guy, I was cheating myself both ways. It would be cool to put out a record, but then I would be doing the PR and all of the other stuff. I guess everybody has to conceptualize their own records and get all the resources—get the photographer for shoots, the mixing engineer and the mastering engineer—but I really gotta do everything myself. I’ve been doing this shit for so long I don’t really know what the details of doing an album and having someone else put it out consist of.

I think back to [2004’s] The Impatient EP, which we’ve talked about before. I recorded six or seven songs, and then I had three left over that I did before that were done after a battle in San Diego or Orange County or something. So I’d put them on the album and then I’d take the records and go to this little spot in Inglewood near my grandmother’s house. They had hella CD-Rs. Back then, you could buy 100 for $20. So I’d buy 100 and go to 2Mex’s house and burn 100. Like any other underground L.A. rapper, I’d have the CDs on me and sell them at shows. As things progressed, it flowed naturally. My next few projects ended up on the Internet. I’d make the record and then turn the masters, artwork, and all the information to a distributor so it’d end up online.

You still sold the CDs, though?

I’d take my packs of 30 and distribute them to all the stores in L.A. I’d bring some on tour and I’d put them in the stores all over the world, too. Minnesota, Japan, everywhere. When it became full on-label shit—it wasn’t a conscious thing, I just wanted to put out my friends’ records. It’s what everybody did at the time. In the world I occupied, it seemed like beats were poppin’ but the rap scene wasn’t, but I really didn’t like the beat scene. Not that I didn’t like it, but they were producers and I was a rapper. I saw that—the Brainfeeders and the Alpha Pups—and wanted the same thing for my crew. I really wanted my old distributor to sign them, too, but he gave me the idea to start my own label.

Being a battle rapper, I have this thing where I either get really excited or really intimidated when someone is really talented. I turned that spider sense for battle rap into A&R skills. If someone’s really dope and can challenge me, I want to sign them. It became a real starving artist thing. I’d use my tax return as a label investment. I’d buy CDs, pay for PR, and pay everyone out.

Is it hard to run a label that your friends are on?

Every time it came to my records, I fell behind. Because there was only one of me worrying about it, I treated my own records—I didn’t treat them like I treated everybody else’s projects. It’s really hard to be your own PR person, your own champion. It’s hard to be objective, too. You might think it’s really tight but if people don’t feel it, it doesn’t matter. With this record, what makes it different, I sat on these songs and really took my time with them. I stopped being a label dude, too. Since we released milo’s A Toothpaste Suburb, I’ve just been focused on songwriting. I’ve been the artsiest I’ve been in forever. I’ve been broke as shit, I haven’t been worried about money, and I’ve spent hella time with my kids and grandma. I haven’t sold anybody’s shit in almost three years.

Why do you call Severed a project and not an album? What’s the difference to you?

It’s for the sake of L.A. underground rap. It’s different. I hope it has long-lasting replay. A lot of these songs were recorded a long time ago. They were recorded when I was going through the shit. I didn’t get stems for these songs. I was just making those songs, spitting them out, and then not going back to re-do them. ‘El Camino’ is one of the new songs, and I did that in three sessions. That’s arguably the most penetrating song I’ve ever written. I came to the studio one day, freestyled a bunch of stuff, made a little hook, and did it again. I didn’t clean these songs up. I wanted them to be raw. This project just fell together.

I fell in love with these old songs some time late last year. It didn’t have any intent, any vision statement. But for the sake of underground rap—which doesn’t exist anymore because of the Internet—this is just a collection of songs for that world, what I perceive it to be. I don’t know. Let people call it whatever they want [laughs].

You do a bunch of singing on Severed, especially on the hooks. Where did that side of you emerge from?

I think it comes from spending more time alone in the studio. It comes from having the equipment to do it and a capable engineer. Also, since I’ve had time away from everybody, I spend my days listening to the music I loved as a kid. It’s the music my mom would play, blasting in my truck, while I’m cleaning, all the time. I’m playing Sade and Smashing Pumpkins. I really love those records.

I don’t want to get into any drama, but what’s the current state of Hellfyre Club?

Ughhhhh… You had to ask! I talk with milo, I did karaoke with Mike [Eagle] the other day. I don’t really deal with Busdriver. Back in the day, I was the type of guy that just said yes to everything. I said yes because I wanted to be agreeable and create opportunities. I have kids, you know? Hellfyre Club is a group I don’t even remember saying yes to, but people perceived it from the way Busdriver branded it. He’s a genius at that, you know? This came from a time when crews were hot. Black Hippy and Odd Future were poppin’. Busdriver being a clever guy, he thought we could do well that way.

As far as the status of the crew, I love each one of those guys, but I have real shit to talk about, and I want to talk about what I want to talk about. I don’t want to have to write towards a common theme. If someone’s talking about Trump or quoting philosophy—I’m just trying to write about my life. That’s all I want to do. Or maybe I want to just show off how well I can rap. I’ve done that for 10 years, but I wanna do what I wanna do. I don’t know if I’ll ever be part of a rap crew again. I’m 33 [laughs].

What’s it like having these songs come out now, when you’re in a better place than when you were writing them?

I wouldn’t have been able to be as unbiased as I am about it. I would have been super salty. Every one of the feelings on the record? I would have been like that. Now it’s something that I’ve gone through that I can explain. I’d rather be there than out and about rapping these songs on stages and having people listen to it now. Having people react while these things were still going on in my life sounds awful. I think that’s how artists go crazy.