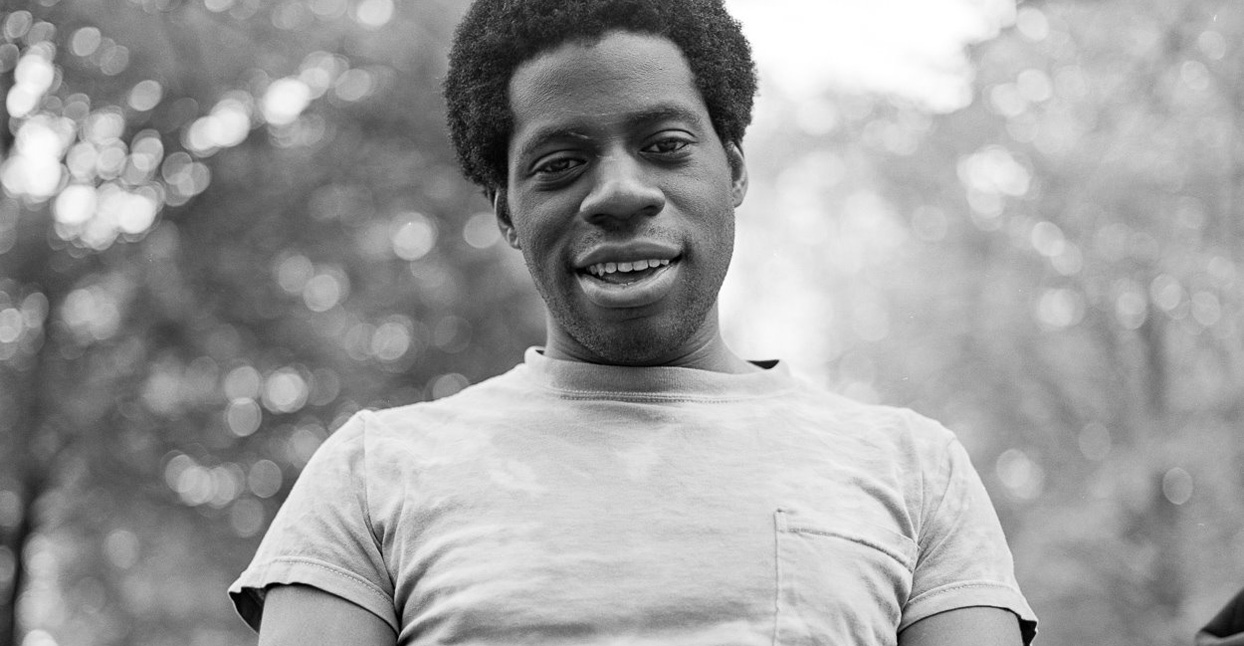 For Nnamdi Ogbonnaya, being a creative weirdo is not so much defiance as it is compulsion. The Nigerian-American Chicago native has played in over a dozen bands ranging from jazz-fusion ensembles to math rock synapse-twisters, and that’s before you get to his equally omnivorous solo material. On previous releases, he made up absurd sex jokes in one breath and spit heartbreaking stories about interpersonal racism in the next, all with sonics that turned boundaries into bridges at each turn.

On DROOL, Ogbonnaya approaches his inscrutability with renewed focus, seamlessly layering a chorus of influences onto verses that match Chance the Rapper’s exuberance with Danny Brown’s oddball production. That focus pays off on offbeat bangers like “let gO of my egO” just as readily as it does on the snappy synth-soul of “nO drOOl.”  Throughout DROOL, Ogbonnaya’s relentless heterogeny serves as an embodiment of the first-generation creative’s experience. When one is constantly jostled between cultural worlds on a dime, merging those worlds through art is the creative’s way of forming a new equilibrium. Equilibrium rarely sounds as fun as it does on DROOL. We caught up with him to discuss the personal growth, humor, and cultural tensions that drive his creativity.

Why did you name the album DROOL?

The main idea behind the title DROOL is watching people either not caring or pretending to not care about the things going on around them. I have lot of opinions, and I try to surround myself with people who care about shit in the world.

Whether it’s on social media or in “real life,” I’m not down with circumstance-driven nihilism for nihilism’s sake. For folks like us, who are first-generation immigrants, there’s too much at stake to take that mentality.

It’s such a boring way to live—not getting excited over things. I don’t do social media much anymore. I used to think, ‘I want to talk to everybody all the time!’ As I have gotten older, I find myself turning to a bitter old man about social media. Plus, I now know what I really want out of life—being around people who are passionate, excited, and wanting to do good things, plus staying motivated so I avoid depression.

Some depressed folks go to their therapist or self-medicate. How you and I came up, being first-gen immigrants, that was discouraged.

People who go to therapy often don’t see what a luxury that is. Motherfuckers can’t just do that in other countries and even parts of America. It’s frowned upon. I used to be the King of Facebook, posting random shit on it for no damn reason. Now, I focus more on making music.

You’re being rated. ‘Oh, my post got this many likes! I feel like I accomplished something!’ Then you go out in the real world and you think, ‘Oh, I don’t know how to do shit.’ You end up being uncomfortable everywhere because this is how people are—constantly on their phones, not knowing how to communicate with others. The thing I hate the most is going to shows and seeing everyone with their phones out, recording. I get it—they’re trying to document the moment—but why does everything have to be documented? That makes me not go out more and connect with people as much as I could because so many of us are consumed by showing where we were and what we’re doing. Just fucking do the thing!

It feels deliberate on both the social network creator and users’ parts to put everything in a box and turn everyone into a target demographic. What sets DROOL apart from that mentality is that it avoids those box markers both within and between songs. It’s never, ‘Here’s the trap part, now here’s the IDM part.’ What was the creative process behind the album?

I don’t have [a] specific process—it’s whatever I want to make in the moment, regardless of whether it’s good for a song or not. Oftentimes, humor trumps making a good song. If I find something funny, I’ll just go with it.

It draws from a wide swath of human experience, but it’s not overly academic.

Yeah! Past albums were more, ‘Oh, all these songs came at the same moment. Guess I’ll put ‘em together.’ That’s how the cohesive thought formed around them. I did a couple albums where I was on tour and I just said, ‘Every day, I’m going to write a song.’ With DROOL, the difference is wanting to be cohesive. I wrote a few songs, thought those went together, set them aside, and then wrote a bunch more over the next 1-2 years. I noticed that a lot of them had the same themes because of my situation growing up, becoming more adult. After seeing patterns in the lyrics, I focused on [the] themes that made up DROOL.

What are those themes?

First, caring about those who care about you—acknowledging those who care. A lot of depressed people struggle to see why others care about them. Second, self-confidence. I became more confident in the past couple years. It sprouts from experience—understanding what you actually want in life. Within the past two years, I decided that music is an actual thing that I can and want to do. Before, I always thought, ‘It would be so cool IF.’ I don’t wanna say ‘if,’ fuck that ‘if.’ ‘If’ is no longer in my vocabulary. I just have to do this shit.

For me, constant ‘ifs’ were partially a result of being the son of immigrant parents. They came to the States dozens of years ago and it feels like they put the pressure of all the dreams they couldn’t accomplish on us.

Definitely! That is a lot of my life. That influenced my decisions regarding college lot of that was based off my parents. Hearing ‘You need to focus on education’ makes making music seem silly. It always felt like a hobby, even though I felt deep down that I had to do it. Every time I wanted to go forward, there was something implanted in my brain or some outside pressure that withered it down to ‘Oh, that’s just your fun music thing?’

Is there a part of you that says, ‘They’re gonna think this is ridiculous anyway, so I might as well just go all-out?’ rather than creating a pretense of constant seriousness?

Yeah, because no one is fucking like that! No one is serious all the time! All these rappers whose persona is ‘I’m always mad!’—that’s not true. Even newer, trappy rappers have funny elements to their music. It’s more permissible now to be a little goofy. Before DROOL, I was pretty extreme in terms of emotions. I’d have a song that’d go ‘BUTTS BUTTS BUTTS!’, then one that goes ‘I love that giiiiiirl!’ A lot of the old stuff stands alone separately, but as a whole, it’s a hodgepodge.

How has Chicago life factored into your music? You reference it numerous times on DROOL, especially in more somber tracks like “N0TICE.”

The cops here suck. It sucks to not feel safe around people who are supposed to make you feel safe. Every black person I know, especially men, have had some shitty encounter with where it’s like, ‘Dude, I’m clearly not the person you’re looking for.’ Cops just fuck your day up. I wasn’t into protesting because I was so pessimistic about all of that. It’s not the best stance, but it was my gut reaction–’everything is fucked.’ I slowly learned my way out of that. Now it’s ‘This is fucked, but what can we do?’ I have to say ‘What can we do?’ after everything. I can’t just leave it at ‘This is fucked.’

I realized that music is one thing that I can do. I talk with lot of musicians who, during the Donald Trump election, were feeling this heavy pit in their stomach. They thought, ‘I just make music. I can’t do shit. Here I am, playing my little guitar, and the world is crumbling before me.’ I used to feel like that, but now I think to how much music has influenced me as a person.  If it can influence someone else even a small fraction of that amount, great things will happen. People draw inspiration from that, so even if we’re not out protesting or saying political things in every song, the fact that we’re making this art and trying to put ourselves into it will give people inspiration to do the things we can’t do.