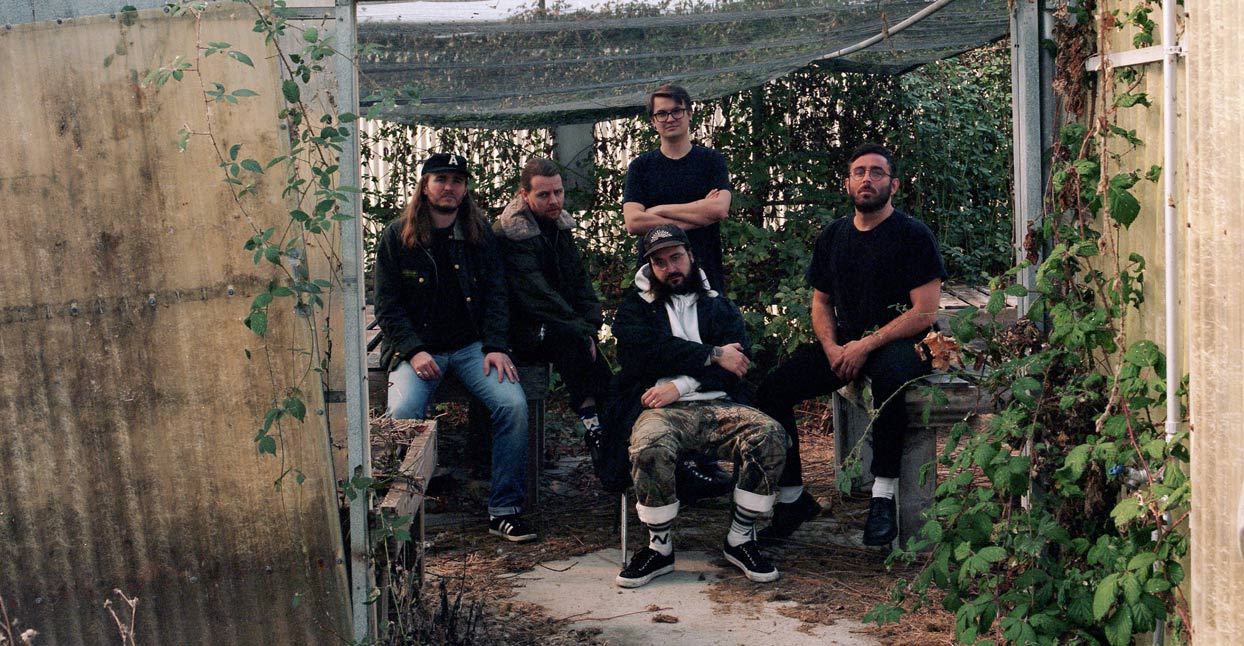 NEEDS are a punk band from Vancouver, British Columbia, but for all the city’s hardcore lineage, frontman Sean Orr isn’t nostalgic. Rather, he and his band are emphatically opposed to the sort of prestigious idolatry that bridles artists with the weight of those histories—like, say, Fugazi. On “Rage Against the Miami Sound Machine,” a cut from their new record Limitations, he yells, “I don’t care if you pronounce it Mac-Kaye or Mac-Kye / I don’t care about some guy named Guy.”

“That line came from a real conversation where this guy corrected me on the pronunciation of MacKaye,” he says. “I still don’t know if it’s ‘Mac-Kaye’ or ‘Mac-Kye.’ I don’t care. It’s music.”

NEEDS straddle a middle ground between activist punk and tongue-in-cheek humor. “Eat The Rich… People’s Leftovers” is a nod to Orr’s habit of snacking on the scraps sent back to the Gastown dish pit he works at. They’re determined to shed the sort of underhanded elitism that pervades scenes that reify the hierarchical structures they claim to reject. But that doesn’t mean they ignore their influences—on “List of Inventors Killed by Their Own Inventions,” the final stanza finds Orr rattling off a list of their favorite records: Wolf Parade’s Apologies To The Queen Mary, Fucked Up’s The Chemistry Of Common Life, Frog Eyes’ Tears Of The Valedictorian.

“Balancing that out and dealing with those contradictions is a constant struggle,” he says. Limitations is the work of Orr negotiating those contradictions, and finding agency within them. “I’ve stopped making fun of it and started to whittle away what I’m about. This record has helped.”

Orr was born and raised in Surrey, one of the suburbs clustered around Vancouver. His parents left their home in Northern Ireland the year he was born. “My dad moved here because he was basically protesting his own father,” he explains. Orr’s grandfather was a leader of Northern Ireland’s Loyalist, Protestant-rooted fraternal Orange Order. “I was born, and they named me Sean Michael David Orr, which are three of the most Catholic names other than Paddy,” he laughs. Orr explains his father was cut out of the inheritance, but his staunch defense of Irish nationalism and anti-colonial views left a mark on Orr. “That instilled in me a sort of social justice ethic from a fairly early age. My dad always taught us to stick up for the marginalized and for the underprivileged.”

Orr’s lyricism on Limitations tends to read as explicitly political, but it’s the end product of a long-standing appreciation for Situationist International-esque absurdism coupled with the necessity of circumstance. “I would always take a funny approach, and really mock things,” he says of his political involvement in the past. “Over the last few years, I was just like, ‘No, I can’t do that anymore. I have to really dig in and figure out what I stand for.’ I’m not the best at theory. I didn’t go to university for theory or political activism, or even writing for that matter. But I just want to hone it in.”

NEEDS don’t necessarily sound like a honed product. Their chipped-tooth punk melts down D.C. hardcore with the Plains thrash of Propagandhi. It’s unpolished and volatile, thanks in part to a tight, five-day recording schedule with producer Jesse Gander. But ideologically, Limitations is Orr’s most developed and well-rounded statement yet. “I’m 40 now, so a lot of it’s kind of about the limitations of the human body, the limitations of mental health,” he says. “Limitations of being five cis-het white dudes in a punk band in today’s climate. ‘Can art even affect change?’ Things like that.”

Lately, Orr has adopted diverse tactics for his own activism, something which Limitations hints at. “I wouldn’t ever want to say that music has no place in affecting change, or that art has no place in affecting change, but I do think it has its limitations,” he says. “I do think street protest has its limitations. I do believe in the ‘multitude of tactics’ approach. I do think that punching Nazis is OK. I do think that having a sit-in and signing a petition online is also valid. I think [activism is] all these things put together.”