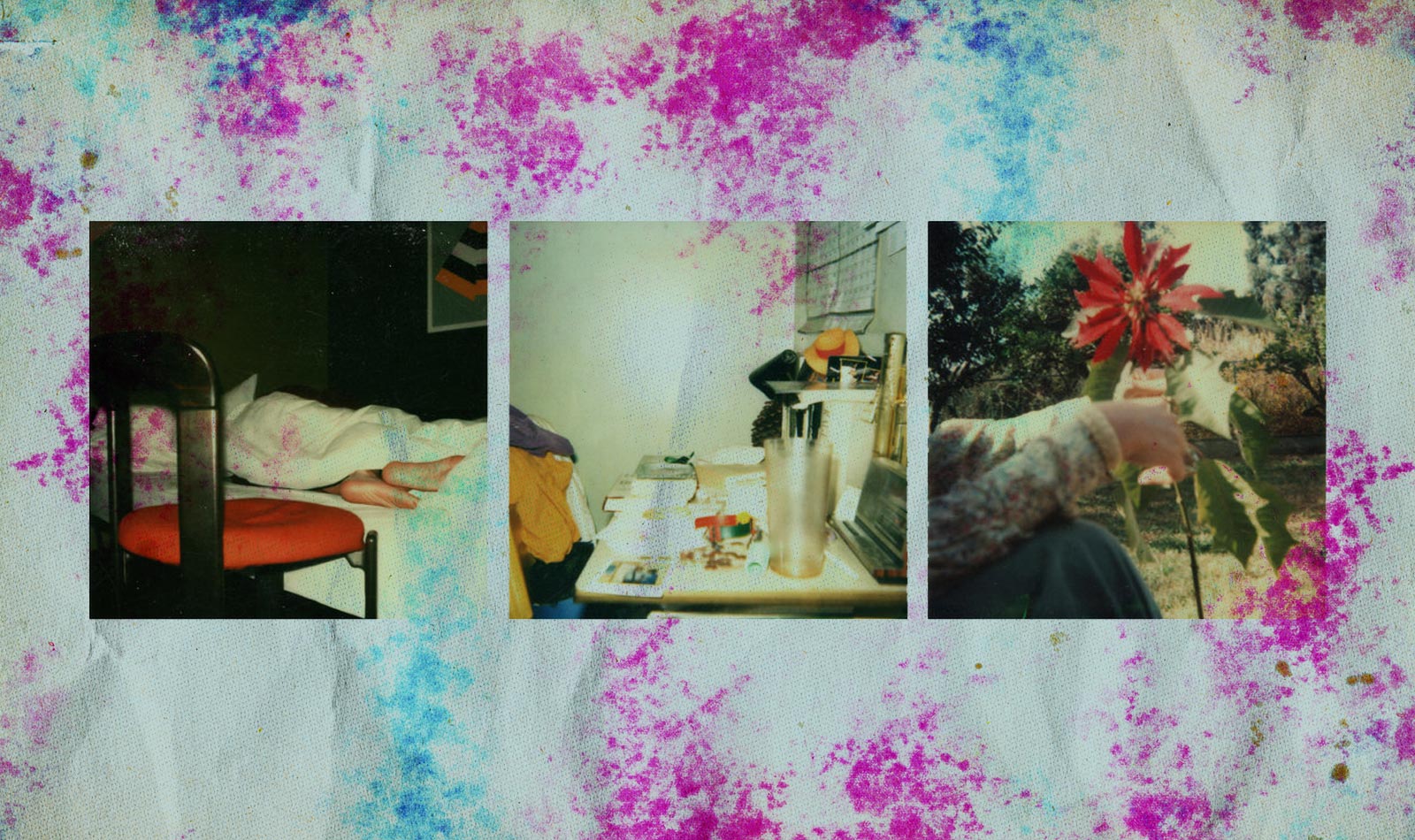 Nothing can prepare your ears for the effect of Nate Scheible’s Fairfax, which was first released in 2017, but is being reissued this month on vinyl. Part album, part audiobook, Fairfax is a glorious work of haunting ambient, all horns and keys and wordless vocals, cut through by a series of audio love letters and snippets from a 60-minute cassette tape that Scheible found in a thrift store in northern Virginia. The speaker is unnamed, identifiable only by her voice and a few vague cultural references; Scheible knows little more about her than listeners do.

“I sometimes steal answering machines and things from thrift stores,” he says via Zoom from his home in Cleveland, Ohio. Now 41, he says he’s been collecting found recordings since he was a teenager (“49 times out of 50, it’s garbage”). He reels off some of his other discoveries: “There’s one with these people reciting ‘Mary Had A Little Lamb’, and they keep stumbling over it. It sounds like they’re on drugs, on something, but I don’t understand what’s happening. That one’s super intriguing to me. There’s another: in the 1980s there used to be a roadside diner called Dutch Pantry, and it’s this husband and wife, they spend like a half-hour giving a review of this restaurant, everything down to the server, the bathrooms. It’s so bizarre.” He also has tapes of kids commentating on baseball games and recordings of therapy sessions.

The cassette he used for Fairfax was labeled simply: Me. “I just buy them on the chance that they’ll be interesting,” he explains.  “It’s very much this voyeuristic sort of inclination, just seeing what could be there and hoping to be surprised. It’s very rare to find a complete thing like that, something that’s very significant and meaningful and personal, for her, that fell out of her hands.”

For a while, the tape sat unused. Scheible had never incorporated found audio into his music before. “As soon as you add words and text, that automatically becomes the focus,” he says, invoking the inventor of ambient music Brian Eno, who once denounced music with lyrics as being “unmysterious.” Nevertheless, something in the recordings had a hold on Scheible. He enlisted a cast of associates to add instruments—vibraphone, vox, euphonium, sax, bass—to the story, recording each of them separately before stitching together the results.

With or without the words, Scheible’s arrangements are stunning. Between the speaker’s lovelorn missives, long passages of wordless noise stretch for minutes at a time. The speaker reads Shakespeare and tells her lover she, “sure would like to be made to feel special.” It’s gut-wrenching.

“I’m guessing she’s probably in her 40s,” says Scheible. “Middle-class, or maybe lower-middle-class, because she definitely seems to be struggling financially a little bit. It seems like she has a history of addiction and is currently in treatment, maybe, at least going to AA meetings and things like that.” She mentions surgery and thanks her lover for his recent letters. I was thrilled to death, she says.

On “With Any Kind of Luck,” a piano riff floats through the tension like a sunbeam through clouds. The speaker returns. Surgery went well. She’s sad, alone, and strapped for cash: It cost me 125 dollars to get out of the hospital. But Scheible’s orchestra gives the song a hopeful hue.

After more strings, voice, bass, the story ends with “There’s Nothing That Says I Cannot Dream,” named after the speaker’s defiant closing line. We end the album more or less as we started it: not knowing who the speaker is or what became of her. Scheible guesses she was talking sometime in the 1980s (at one point she refers to her car as “Knight Rider”). He wonders if her lover ever heard the tape, and how it ended up in a thrift store in northern Virginia.

Fairfax, Virginia, the speaker’s hometown, is an unremarkable spot. Before releasing the album back in 2017, Scheible scoured the blogosphere for photographs of the place from the time, finding a shot of a mini-golf course colored blue and orange. On the reissue, the image is replaced by three “found polaroids,” chosen by Scheible from a batch of about a hundred that he bought on eBay.

The new version, remastered by Lawrence English, sparkles even more, each twang of a bass string poking at pits in the stomach with added fervor. It will bring a mysterious, uncanny album to a wider audience. It may even bring the speaker’s letters to their intended recipient.

“I would doubt that,” says Scheible. “But who knows.”