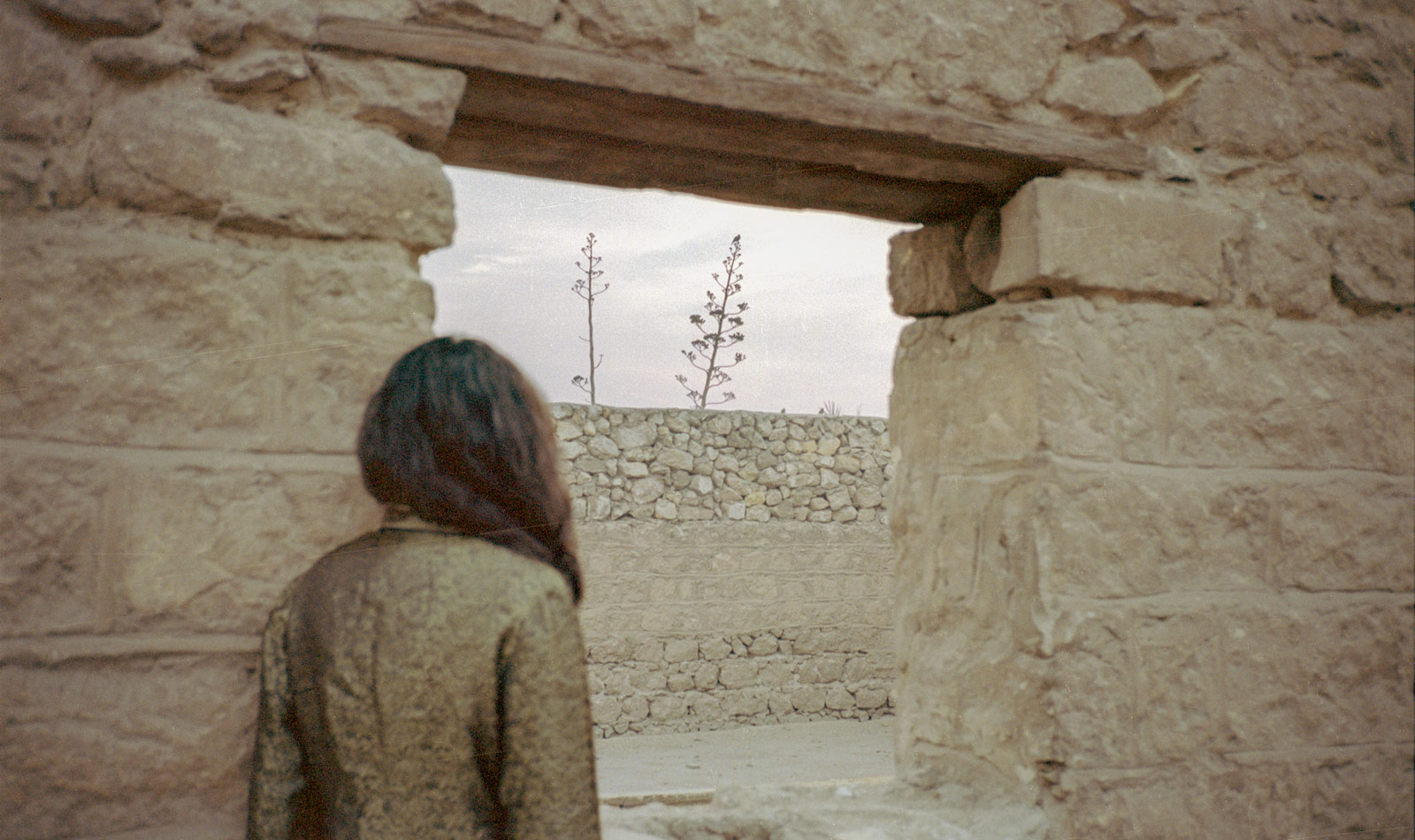 Cairo-based composer, arranger, and multi-instrumentalist Nancy Mounir sits amongst an array of instruments in her studio while she talks about her new album, Nozhet El Nofous (“Promenade of the Souls”). Behind her, there’s a wall lined with guitars; there’s also a double bass, a piano, a violin, an accordion, and even a theremin. “They never feel enough,” she says, listing off a few more instruments she’d like to learn.

Mounir’s interest in working with many different sounds drives her musical practice, and Nozhet El Nofous builds on that passion by lacing her original compositions with archival recordings of early 20th-century Egyptian songs, all of which tell intimate stories. The older songs use free rhythms and microtonality—notes that lie between the 12 tones that span an octave—and they represent a freer time in Egyptian classical musical culture, one that has often been forgotten.

Throughout Nozhet El Nofous, Mounir uses her menagerie of instruments to accompany the solo voices that appear on the unearthed recordings. Piano, strings, and more swirl around the fervent singing, following their wandering tonalities and rhythms. There’s a murky quality to the aging recordings, and Mounir’s crisp orchestrations bolster them, highlighting their underlying meaning and forming a bridge between the past and the present.

Mounir’s interest in creating detailed, exploratory music began as a child, playing piano at church in her hometown of Alexandria. She quickly found herself hungry to learn more, and began recording tunes on a three-string guitar that she and her brother found at a garage sale, as well as making music with kitchen utensils. Later, she became obsessed with the violin, begging her dad for lessons. Eventually, he relented.

Mounir began to fall in love with archival recordings of Egyptian classical singers from the ‘20s long before she began composing Nozhet El Nofous. Their vulnerability drew her in. The artists weren’t afraid to sing about physical love or pain, and their voices reflected their feelings. “One of the things that made me really obsessive was the level of emotion that the voice can carry,” she says. And while there were points where she had trouble understanding the recordings—the language has changed since the ‘20s, and some of the articulation was lost on early recorders—that ultimately allowed for new ways of thinking: “[It] broke the idea of language, direct information,” Mounir says.

Tracks like album opener “Taala Ya Shater” feature lyrics that are open about their desire for physical love, with vocalist Naima El Masreya candidly expressing what she wants from another person. This struck Mounir: It wasn’t what she’d typically heard in Egyptian classical music. It’s also why the music has been forgotten over the years—it represents the time before the country became more conservative. Mounira El Mahdeya, the vocalist on “Baad El Eshaa,” sings of violation and a break-up, pleading with her partner to forget about it and just come over. Mounir says that she cried while making that song, feeling the singer’s deep pain.

Fitting her own music around these archival recordings was like a puzzle—Mounir would stay in her studio from morning until night, shutting the blinds in order to lose track of time. There was something compelling in finding the ways each layer clicked. She also created a live theatrical version of the album, using research materials she discovered to supplement the music. In the theatrical staging, each piece is bridged together by live readings from interviews and diaries from the ‘20s, and is performed by live musicians. The process instilled in Mounir not only the desire to write more for orchestra but also—unsurprisingly—to collect even more instruments. (Specifically, a brass section that she could use to fill out her works.)

Nozhet El Nofous took up so much of her time and creative energy that Mounir admits she’s unsure how she’ll let go of it. The songs allowed her to process her own emotions, looking to the past to inform her present (she muses that maybe this resonance is cyclic: we’re in the 2020s, dealing with issues similar to the 1920s, like a pandemic). After working so closely with this music, she feels like she knows each of the artists, even though they died long before she was born. “I was learning through the guidance of these singers,” she says. “Their voices are very musc alive.”