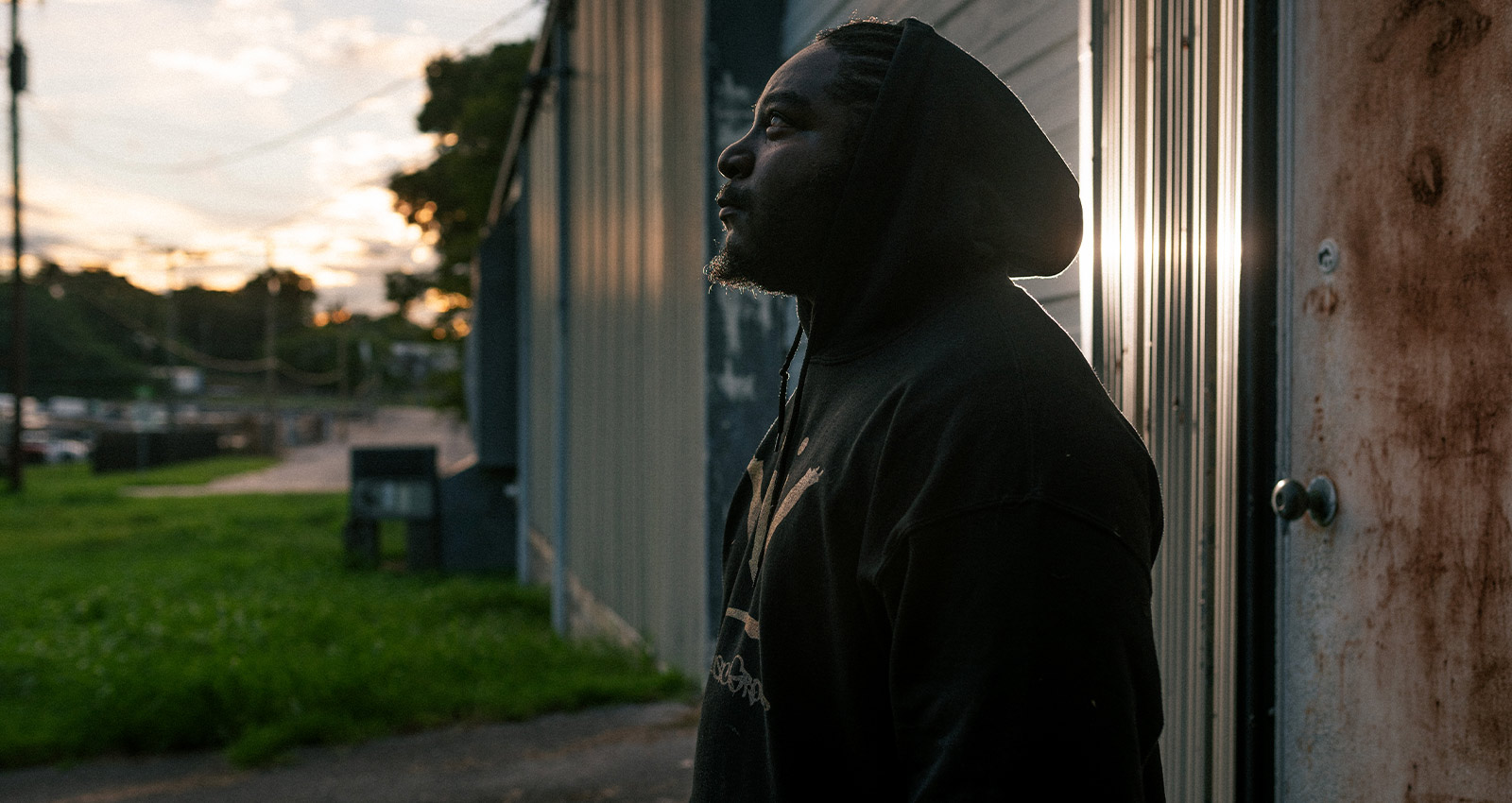 Ever since producer-rapper Namir Blade studied acting at the Nashville School of Arts, he’s related to the “All the world’s a stage” speech from William Shakespeare’s pastoral comedy As You Like It. For his Mello Music Group debut, he takes that metaphor two steps further to discuss all the roles we play in any given lifetime. Aphelion’s Traveling Circus takes place in Vertuni, a futuristic planet Blade created that—like Las Vegas or his native Nashville, aka “NashVegas” to some—thrives because of its entertainment district. In the album, a street seller offers Blade free tickets to a traveling circus created by a UniverSoul Circus descendant.

As a kid, Blade loved seeing circus lions, before they realized they “weren’t treated the best.” As he got older, the circus became a metaphor for life. “How would I separate my life into acts? Having a day job, being a musician and also being a spouse or partner,” he says. “I’m a juggling act. Whenever I’m able to avoid a horrible argument with my spouse or partner, I’m a fucking trapeze artist: I see the problem, tuck my legs up, did a backflip over that shit and stuck the landing. Whenever I do get a losing battle with my spouse, I’m a clown.”

Earlier in his life, Blade was swept up into Nashville’s gang activity. When Crips and Bloods weren’t rap battling by a downtown bus station, the fights got physical (“There was a stabbing. I watched a dude get a grill knocked out his mouth”). But in 2006, once Jeezy released The Inspiration and implored, “Nah, I command you n— to get money,” Blade listened. A decade later, Blade (FKA Rain or Mge, depending on whether he was rapping or producing) was so involved in Nashville’s rap scene that he led a boycott against a venue that said booking hip-hop artists would be a “hazard.” He was in a long-distance relationship. He founded and ran a clothing line.

Then in 2017, his relationship dissolved. He could no longer fund his clothing line. For a month in 2018, he was homeless. “I even lost my passion for music in some aspect, during that time,” he says. The first song Blade wrote in the aftermath is “Stay.” Over a dimly lit R&B instrumental, he tries to figure out what went wrong (regarding his lost love: “I just went deaf on the things you say to me”) and reassesses his basic needs. “Big homie used to tell me that there’s money to get, pussy to hit, profits to split,” Blade sing-raps. Yet, “all I want to do is smoke good, eat good, live good, fuck good, cool it down.”

Blade figures the same is true for all humankind—and always will be. The skits in Aphelion’s Traveling Circus are spoof infomercials: “Biowaretech” advertises “enhancements” promoting better focus, as if the process was as simple as an oil change. Following ninth track “Stay,” one of the album’s tenderest songs, comes the goofy “RRN in Space.” “RRN” stands for “Reggie’s Real N—s,” a matchmaking company stocking “drink-a-latte-in-the-fall n—s” to “all species in the intergalactic spectrum, in several parallel planes.” Just as he does in conversation, Blade follows up plaintive confessions with surprise laughs. Surely this is how humankind has also always been, whether looking to a Cowboy Bebop, Missy Elliott, a Sun Ra-inspired future, or the past.

“I was just making this joke with a homie the other day: ‘Bro, you got to be wild as fuck if you don’t think our ancestors weren’t on the field still cracking jokes,’” he says. “We had to have been still cracking jokes despite our circumstances, because that’s what we had. We still managed to find a way to laugh, to make light. We still find a way to be human. We have this superpower. If the future was desolate and we just felt sad about it all the time, would we really be human?”

Music is the way Blade makes sense of where his life has led, while nurturing his imagination—just as he did while watching the circus. He hopes Aphelion’s Traveling Circus has that same effect on people who hear it, particularly those for whom adulthood has become a humdrum routine. Meanwhile, Blade is already envisioning what comes next. “There will definitely be an additional project that takes place in the same universe,” he says. “Although it may not be a circus and be something completely different, I like this universe that I’ve made. It has room for a lot of growth.”