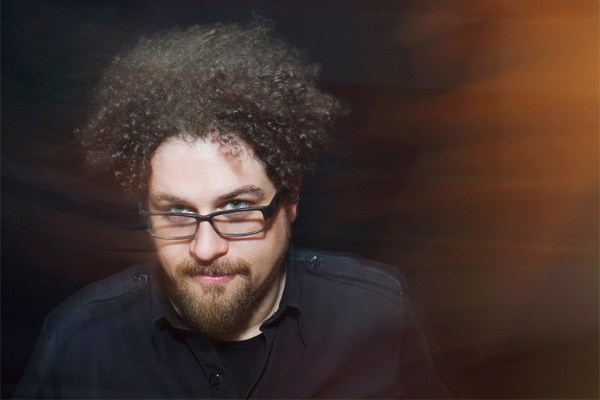 “I think there can be a tendency, in this work and perhaps in my work in general, to really focus on the darker aspects, especially given the work’s inspiration. In a piece about El Mozote there is no other course to follow. But there is also beauty in this piece, and playfulness and joy. At least a little.”

On a chilly day in December 1981, several thousand soldiers descended on the village of El Mozote, in El Salvador. By the following evening, more than eight hundred civilians were dead. The troops massacred an entire village, allegedly because they were anti-government guerrillas.

Among the many horrible things about the myriad atrocities of the past century is how many are forgotten. A denial campaign—one guided by the Reagan administration, in support of El Salvador’s anti-Communist government—swept El Mozote under the rug for nearly a decade. Several years ago, composer David T. Little was shocked to learn of the massacre for the first time, and realized he had to grapple with the events in music. “I wouldn’t say that I chose to write about El Mozote, but rather that I felt I had no choice but to do so,” he told me.  “It sickened me so intensely, and for such a long period that there was really nothing else I could have written about at that time.”

The result is Haunt of Last Nightfall—released last week on New Amsterdam Records—a work alternately intimate, eerie, and distressingly violent, composed for the Chicago-based Third Coast Percussion quartet and a group of auxiliary musicians. What Little calls a “ghost play,” Haunt documents the events as uncovered by journalist Mark Danner in his book The Massacre at El Mozote. In two “acts” divided into nine movements, the music proceeds from a fearful El Mozote on the afternoon before the soldiers arrive through their departure from the razed village, two days later.

The coolness is savagely interrupted. The second movement, “Between the Hammer and the Anvil,” is named for the military operation that led to the carnage. Roaring, heavy metal drum set solos ricochet across each other, accompanied by gnarled scrapes on a guira—a traditional Dominican percussion instrument—and hard-edged vibraphone chords. There is a sneer to the music, the arrogance that complements the type of state-sanctioned violence depicted by Little. With the introduction of a menacing electric guitar, it’s hard to believe that—only six minutes in—we’re listening to the same piece. The village has been torn asunder.

Little has been dealing with the themes of Haunt for the past decade, in works such as the theater piece Soldier Songs, a pan-historical overview of the destruction that war wreaks. He started off as a rock drummer before becoming a composer, and also leads the punkish ensemble Newspeak. Little situates himself in a lineage that goes back to composers like Marc Blitzstein and Hanns Eisler, who in the 1930s tied leftist ideology to musical complexity. Influenced by artist Bob Ostertag and historian Howard Zinn, Little strives to draw attention to the overlooked and marginalized in his work, imbuing the memorial with the political.

“The basic goal is to insert things that you think are important and have been overlooked by historians into the preexisting narrative,” he wrote to me. Little understands the limitations of art in the political sphere, but still sees it as a battle worth fighting: “I’m not someone who necessarily believes that music can stop a war, but I think we should still try, understanding that it’s really concerned with the long game, rather than addressing a very specific issue in the short term.”

Act II of Haunt opens with an unnerving serenity similar to the work’s beginning. The Third Coast players intone shimmering lines on aluminum pipes, hand-cut for Little’s music. But placidity is soon fiercely juxtaposed with aggression, in biting succession. Hushed pleas against violence are answered with deafening drums and guitar. The music builds to a massive freak out, followed by a lockstep, militaristic groove—the savage precision of the percussionists’ rhythm echoing the savage precision of the killing. The rest of the work traces out the remaining horrors of El Mozote, at once brutal and forlorn.

“I think there can be a tendency, in this work and perhaps in my work in general, to really focus on the darker aspects, especially given the work’s inspiration,” Little wrote to me. “In a piece about El Mozote there is no other course to follow. But there is also beauty in this piece, and playfulness and joy. At least a little.”