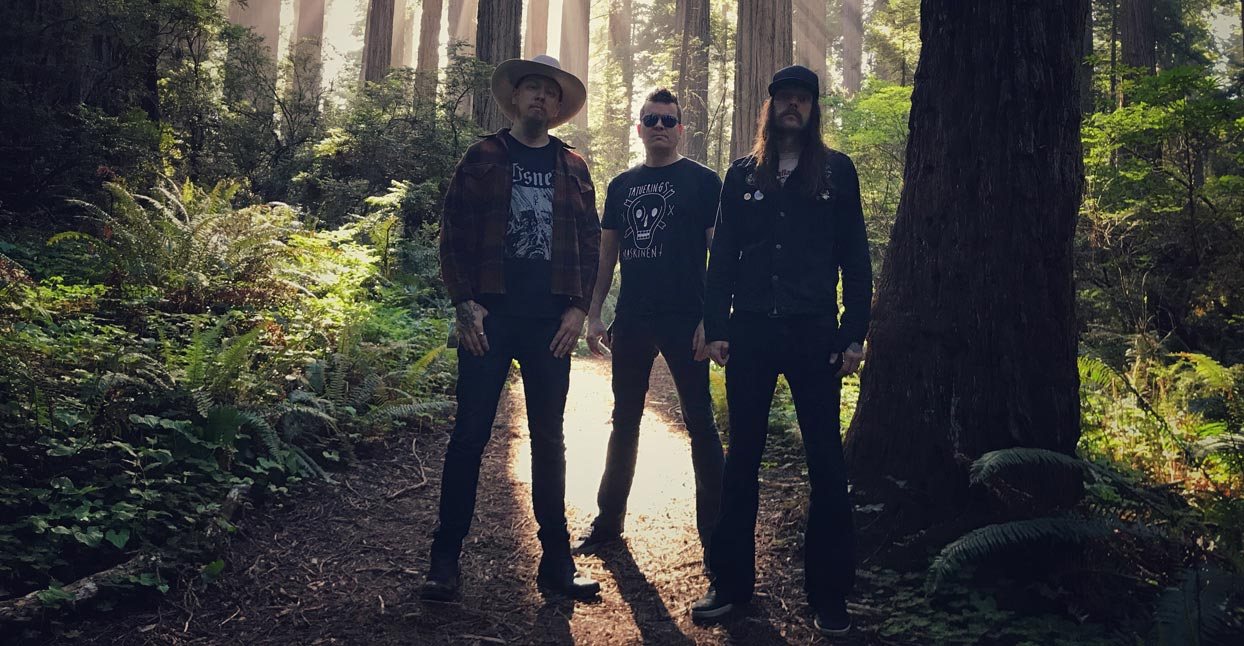 If you haven’t yet heard Monolord, the towering doom trio that’s torn its way through the international heavy-music festival circuit over the last several years, here’s the brief run-down: Sleep on the low end and Sabbath on the high end. A thickly packed, glacially advancing rhythm section courtesy of bassist Mika Häkki and drummer Esben Willems powers the band through several 10-minute lurchers on their new album No Comfort, of which the trudging title track is a particular high point. Frontman Thomas Jäger’s high register, meanwhile, channels Ozzy right off the bat on epic opener “Bastard Son”: “In the electric eye / Through storms he ride / The earth we walk upon / Is his alone.”

More than anything, Monolord sound big on No Comfort, despite the fact that the album was hashed out in a “tiny coffin rehearsal space,” according to drummer Esben Willems. The band’s fourth album and Relapse Records debut is the most bombastic document yet of the propulsive, tense balance between boogie and brutality that has become Monolord’s trademark. A producer himself, Willems embraces the tension between each member’s personal influences: he and singer/guitarist Thomas Jäger previously played in heavy rock band Marulk, before leaving to focus on slower, darker, heavier jams and finding bassist Mika Häkki to add the syrupy, stoner low-end that anchors the Monolord sound.

“You always need opposites to be able to emphasize something,” says Willems of the band’s dynamic on No Comfort, which sinks comfortably into a sweet spot between stoner, sludge, doom and heavy psych. “Subdued to emphasize the bombastic, subtle to emphasize the harsh… I think the most vivid creative processes are those with a certain amount of friction.” Most of that friction has taken place in the band’s rehearsal space, where their individual tastes are smelted into Monolord’s expansive, stadium-sized sound. “Our band is the place where our circles overlap and we find a weird bastard common ground,” Willems says.

Growing up in Värmland, a sparsely populated Swedish county bordering Norway, Willems had little in the way of a local scene to feed his early passion for music. He grew up in a home where his mother played Black Sabbath and Led Zeppelin II, but he had to improvise ways to channel these influences. “There was no such thing as rehearsal spaces, or even other bands,” Willems says of his musical life before moving to Gothenburg in 1998. “We saw to it that we could use the school auditorium to conquer the world in—I think we managed to blow at least one of the tiny PA speakers in there.”

While Willems acknowledges the importance of the “Gothenburg Sound”—melodic death metal pioneered by bands like In Flames, At the Gates, and Dark Tranquility in the early ‘90s—he says that, by the time Monolord formed in 2013, there wasn’t much of a Gothenburg scene for them to frequent in the first place. Nevertheless, the band has earned an impressive international fanbase over the course of six years, four albums, and a rigorous tour schedule. Highlights to date include opening for Black Label Society last April at London’s prestigious Royal Albert Hall, recent headlining slots at festivals in New Zealand and São Paulo, and several sold-out gigs at Greenpoint metal mainstay Saint Vitus.

Musically, No Comfort slogs forward, stretching six tracks across 48 minutes of melancholic, melodic doom. Thematically, it addresses religion and belief in God with blunt agnosticism. According to Willems, No Comfort reflects “our ever-present questioning of humanity’s self-destructive element, our collective frustration over why we can’t stop destroying ourselves, and why ignorance and the accompanying hate spreads like a wildfire across the planet.” But there are glimmers of hope, too; as Jäger sings with a softer touch on “Larvae,” No Comfort’s most tuneful track: “I am looking right through your eyes / There is nothing to fear / I’m the comfort for when you cry / and there’s no god by your side.”

Ultimately, No Comfort is a successful byproduct of the band’s “friction,” to use Willems’s term. It’s a compelling concoction of melody and malady, a thick heap of doom served with a lean sliver of hope. “[I’m] proud of us for exploring soundscapes that are fairly new to us, and actually coming out alive on the other side with an album,” says Willems of No Comfort. “That friction can sometimes cause sparks, but the end result is always something all three of us can fully stand behind.”