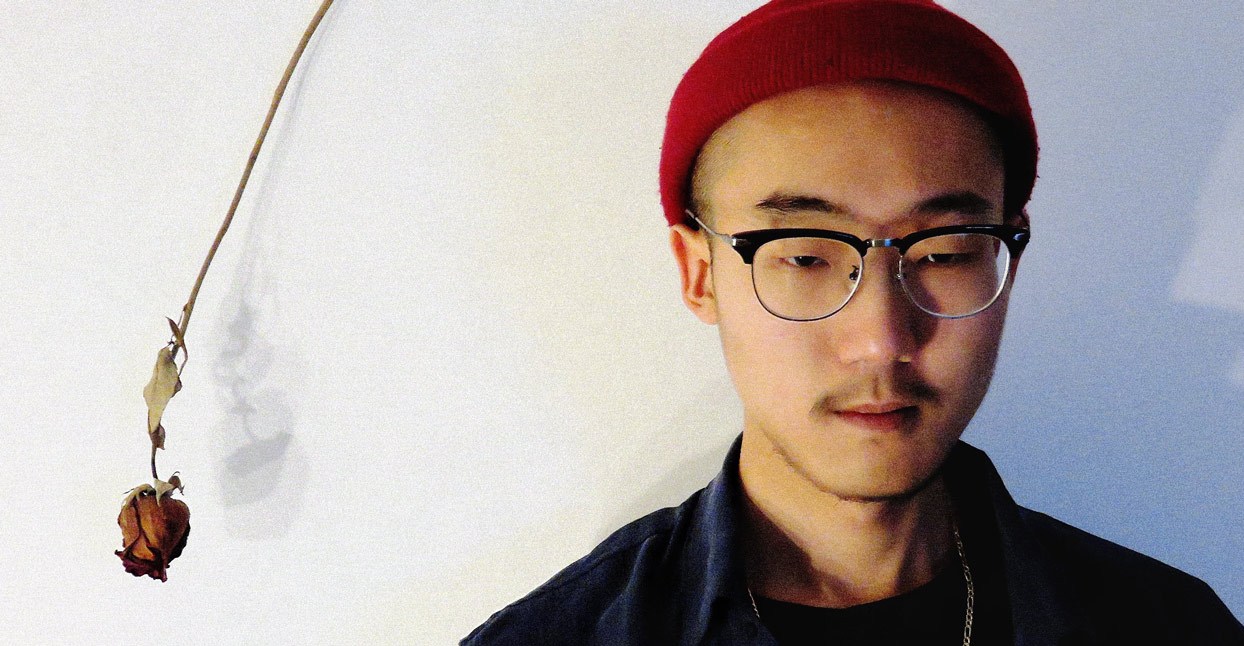 “It wasn’t the happiest point in my life,” says Sae Heum Han, looking back at the time when he wrote the music for the recently released Dear God, out on London/New York label Tri-Angle Records. “There was a lot of shit going on… trials, tribulations.” Dear God, initially released as a limited cassette via Beer on the Rug in 2017, is a distant, yet poignant memory for the 24-year-old who records as mmph.

Han was born in Korea and moved to Canada with his family when he was nine. He’s been on the move since then. Not having a place he can really call home affected him deeply. “At some point you start holding on to little bits and pieces of memories,” he says over the phone. “Those that are the most important to you.” He’s now settled in Boston, Mass., where he recently started working on music full-time after studying at the Berklee College of Music.

Music has always been always central to Han’s life, wherever he lived. He studied classical cello performance for over 10 years, then played in various bands, and eventually started producing music for himself. “I haven’t had a chance or time to play the cello too much lately,” he says.

But it definitely left its mark.

“I think a lot of the people know production as this immediate thing,” Han continues, “where you open up the DAW [‘digital audio workstation’ such as Ableton or Logic] and produce the results right away. I’m not saying it’s a bad method, but I still have the kind of practice mentality that applies to a lot of classical musicians or instrumentalists. You simply have to put in your time, you’ve got to learn the skill set. I approached production in that way.”

The music on Dear God clearly mirrors mmph’s put-the-time-in approach: these are exquisitely crafted pieces of electronic music. The opener, “Sun God,” is full of intricate textures and massive-sounding hits, but retains elements of light, living up to the song title. “Façade” is more dynamic and dramatic, as tribal percussion erupts into hard-hitting electronica with an orchestral backdrop. But it’s the closing “Blossom” which reflects mmph’s process the most. Dear God was—believe it or not—written almost entirely on the guitar.

“I think a lot of the time when you’re doing production, it can become very detail-oriented and nothing feels urgent because you have so much time to do everything,” Han says. “So [writing on the guitar] was a good exercise to get all my thoughts out as quickly as possible, then working with source material I could build on, whether it was adding more, replacing stuff or simplifying it.

“There wasn’t any room in my headspace to really give too much thought to what I was making. It was more of just trying to express myself at that particular time.“

And that particular time was indeed very trying for Han. His mother had just been diagnosed with cancer and was undergoing treatment in Korea, while he was in Boston, feeling stranded and powerless. “The only thing that I was told to do was, you know, ‘pray to God.’ And I found it kind of ironic, I didn’t quite know what to do with it. I’m not a religious person in any way. Making this EP was my own way of praying to God. I was trying to get all the negative emotions out. It was healing for me.”

When viewed in this light, Dear God transforms from a mere EP into a sonic lamentation, exclaiming frustration and hope. It’s powerful and raw, and has a unique narrative, with abstract sonic elements and intelligible voices taking on new meaning. It’s a heavy listen, but as you edge closer to the end of the EP, on the uplifting closing track “Blossom,” you walk away feeling hopeful.

And mmph looks ahead full of hope, too. His recent contributions to David Byrne’s American Utopia (“I honestly still can’t believe that that ever happened; when I moved to Canada I used to listen to David Byrne records—my dad had some around—and that’s how I sort of learned English”) and serpentwithfeet’s soil are only the beginning for mmph. Dear God will be followed by a sequel EP. Han is also preparing a third release, albeit one with a completely different vibe. And while preparing for live shows to support the release of Dear God forces mmph to revisit some bad memories, he remains humble, thankful and hard-working.