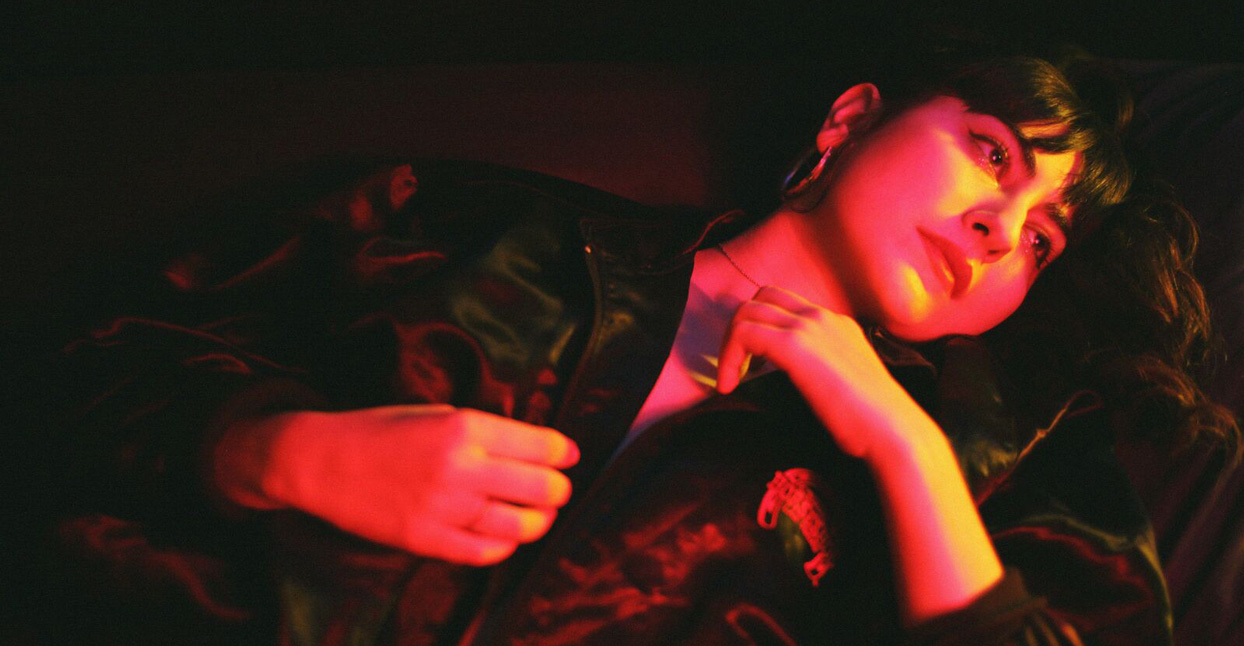 Kristina Esfandiari, the powerful vocalist of the sludge-metal group King Woman and mastermind of floating shoegaze act Miserable, was flying home to Oakland when chills began running and up down her body for several consecutive minutes. “I just started writing out lyrics, and I heard all [these] arrangements in my head,” Esfandiari says. “It was some sort of spiritual connection. Something happened to me that I was not expecting.”

This was the origin of the lavish Miserable EP Loverboy—but, despite these almost supernatural beginnings, Loverboy’s four tracks were not finished without hardship. As Esfandiari explains, its first iteration disappeared entirely thanks to a hard drive fire that destroyed, “everything I’ve ever recorded,” forcing the studio-shy musician to try to capture lightning in a bottle a second time.

The final result is both reverb-drenched and emotional, evoking Alanis Morissette through My Bloody Valentine’s wall of noise (says Esfandiari of the comparison, “Jagged Little Pill changed my fucking life”). It’s paired with the cassette-only release Dog Days, a bubblier affair which was remastered for sonic consistency (it was initially released as a U.K. tour-only offering) for Miserable’s newest release. Although Esfandiari thinks of each release as separate from the other, when coupled they’re seamless.

On King Woman’s debut Doubt, Esfandiari delved into the pain of disentangling herself from her charismatic Christian roots. A decade into her music career, she continues facing life’s ugly curveballs head on. Loverboy addresses deeply personal recent experiences, Esfandiari using reverberating riffs and heavily affected, low-register vocals to reiterate hard-learned life lessons. “I had to go through a lot of rough experiences with men to understand what feminism was and what gaslighting means. There was a point in my life where I didn’t really understand, and I felt crazy because of it,” Esfandiari says. “I think it just really speaks to being gaslighted and objectified for so long that you don’t know your worth, and what you deserve, and you don’t know your own agency. You’d rather walk on eggshells so you don’t seem dramatic, or you don’t seem like a bitch, or you don’t seem crazy.”

Esfandiari notably pulled King Woman from the remainder of a tour in 2016 with classic doom act Pentagram, due to frontman Bobby Liebling’s allegedly abusive behavior. (In an unrelated incident, Liebling was later sentenced to 18 months in prison for elder abuse, following the return of the band after the premiere of the documentary Last Days Here, which chronicled his lifelong drug addiction.) Despite his checkered past, the metal scene responded unevenly to the allegations that Esfandiari and Wax Idols’ Hether Fortune leveled against him. “One false move as a woman, you are called a whole slew of terrible things. At the same time, a man does that, they are a boss or powerful or assertive,” says Esfandiari.

In a correspondingly ugly twist, the day that Esfandiari connected with us for the interview, Brett Kavanaugh was officially announced as the nominee for Associate Justice of the Supreme Court of the United States, leaving many frustrated and fearful. “We never did feel safe, it’s just being broadcast on TV now. Now it’s just so blatantly obvious it’s terrifying,” reflects Esfandiari. “It’s interesting that [Loverboy‘s title track] came out [at this time], I was like, ‘This is very strange.’ I have gotten a lot of messages from people being like, ‘I’m listening to this song on repeat, I’m so angry, it’s been helping me relieve some of my frustration and anger towards what’s going on right now…’” She pauses. “I’m pretty tired.”

When pinned back to back with the emotional realities of Loverboy, the joyous Dog Days—born of a desire to make something “upbeat” (“High” has a snappy snare beat that sounds just right for late-night kitchen dance parties)—is representative of the complex human experience, something that Esfandiari insists on addressing in her music. “It’s healing and devastating at the same time to work on a record,” she says, “to do things like sing really intense lyrics, that deal with really personal shit that I’ve been through. So of course that’s cathartic.”