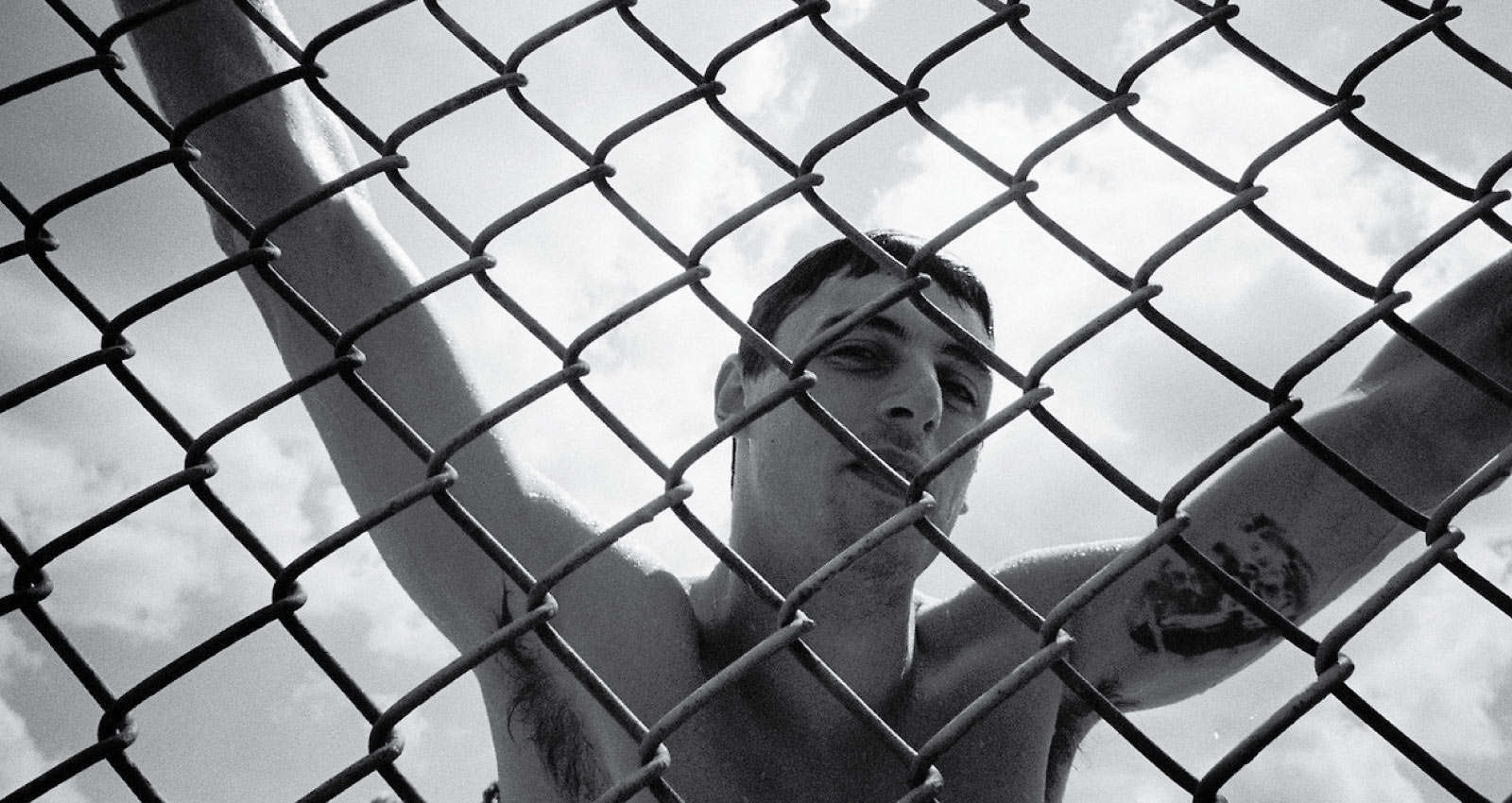 “In 2012, I fell through a window and severed my brachial vein, and tore my left arm to a point where I lost four liters of blood. If [your brachial nerve] gets chopped, you basically lose your left arm. If I hadn’t been two blocks from the hospital then I would have bled to death.”

That’s Vancouver musician Bryce Cloghesy, speaking about the accident that led to the creation of his avant-garde noise project Military Genius. “It forced a lot of personal evaluation to occur, and it changed the role of music in my life. Up until then I’d been working with groups and making a lot of compromises.”

Cloghesy is best known for playing guitar in two of Canada’s finest contemporary post-punk bands, Crack Cloud and NOV3L, whose angular instrumentals recall Television, Total Control and The Birthday Party. But since that accidental fall, he has also been working on a sprawling solo analog recording project that blends jazz, psychedelia, krautrock, field recordings, and ambient electronica into an immersive, warped soundtrack.

Drawing inspiration from William Burroughs’ nonlinear 1959 novel, Naked Lunch, Cloghesy wanted to deconstruct pop music similar to the way Burroughs tore up the narrative structure in his work. He says he was tired of thinking conventionally, and wanted to make music that was fluid, and not tied to his preconceived ideas of what a song should be. “It was like having a lightbulb go off and realizing that the further you stray from the rules, the more exciting it’s going to be,” he says.

Recorded over four years, Military Genius’s debut album Deep Web, on Tin Angel Records, begins with the sound of a tape machine and a few notes from a saxophone—Cloghesy learned to play specifically for the project. Then bells enter, and there’s a few smacks of a snare drum, before Cloghesy begins to sing and play guitar, almost sounding like he’s arm wrestling with the strings. From there, the album becomes more like a maze of different textures, built for maximum replay—new elements and aspects reveal themselves with repeated listening. “I love that idea of things growing over time and your perception changing. That was the whole idea, to create this world that you can explore,” Cloghesy explains enthusiastically.

“Focus” features harmonica, which Cloghesy says was directly inspired by “Man with a Harmonica” from Ennio Morriccone’s Once Upon A Time In The West. “L.M.G.D” has a wobbly bassline reminiscent of Can’s hypnotic, psychedelic krautrock. “Reflex” draws inspiration from the ambient, immersive work of Robert Fripp and Brian Eno. “The Runner” features recordings of jackhammers—the song’s ambient layers were inspired by Angelo Badalamenti. “Born Blind,” the album’s final track, has ambulance sirens to communicate some of the more existential elements of having a near-death experience.

The themes on Deep Web are communicated almost abstractly, such as the notion that we are all caught in a web of industrial waste and governed by corporate technology executives. Cloghesy says he only thought about the album’s larger meaning after it was created, when he and his friend Aidan Pontarini sat down to design the album artwork. “There’s a lot of strange and elusive emotions [on the record], and we were thinking about how we could capture something that feels like it says something about the current moment, but also stands apart from the record,” he says. “The title being Deep Web, and the cover being an insecticide box, it’s a pretty loose connection, but that’s sort of the beauty of it. It leaves so much up for interpretation.”