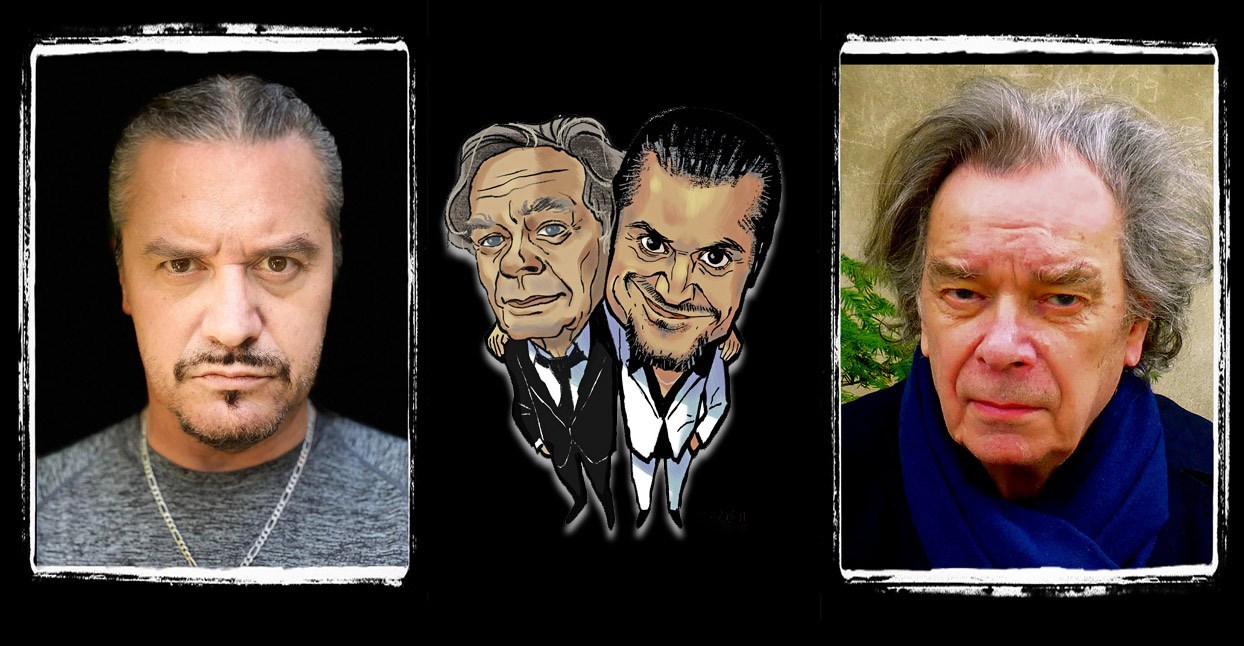 “Making great music is sometimes like being in a torture chamber. You have to accept the pain. Ultimately, it’s not about you. It’s about how the music can be best served,” says Mike Patton, regarding his first encounter with French composer Jean-Claude Vannier. In 2011, the famed Faith No More and Mr. Bungle vocalist—who has participated in way too many other bands and projects to name here—was enlisted as one of many singers for a Serge Gainsbourg tribute concert at the Hollywood Bowl. Conducting the concert was Vannier, Gainsbourg’s collaborator on the departed French songwriter’s landmark 1971 album, Histoire de Melody Nelson.

“There were a lot of rehearsals, and it was pretty intense. Jean-Claude would call me out on shit… and he was a dick about it,” Patton says. “But that’s OK. Sometimes you gotta be a dick. Some of the other singers involved were like, ‘What’s the deal with this guy?’ But I really respected his attention to detail and also his ball-busting abilities, which is an art form. Anyone can do it, but he did it right. He broke me down a little bit, but in a really constructive way.”

Bottom line? Patton and Vannier hit it off. Shortly after the concert, the then-68-year-old composer visited Patton at his stomping grounds in San Francisco. At some point, the singer asked Vannier if he’d be interested in making an album together. “I had no idea what it would be,” Patton says. “It was very open-ended. This was like eight years ago. Finally, we acted upon the instincts.”

The result is Corpse Flower, an album that evokes the playfully vulgar spirit of Gainsbourg’s most beloved works. Singing and speaking in both English and French, Patton delivers priceless lines like, “So I get stoned like a fashion duchess, and I dream of being interviewed” (“Chansons D’Amour”); “Show me some wildlife and give me your money” (“Cold Sun Warm Beer”); and “When I drink too much, I shit my pants” (“Pink and Bleue”) over Vannier’s lush and often quirky string orchestration.

The two musicians recorded their parts separately, trading files back and forth online while communicating in a mix of French and Italian (Patton speaks fluent Italian and understands enough French to get by). “We were never in the same room together during the making of this record, not even for one second,” Patton says. “That’s the modern age. You can work with someone on Antarctica if you want.”

Vannier worked in Paris with a group of musicians that included Bernard Paganotti, former bassist for French prog-rock wizards Magma. Patton worked in Los Angeles with three members of Beck’s backing band, all of whom had also participated in the Hollywood Bowl concert. “They’re like a self-contained unit, so that took a lot of mystery out of it,” Patton says of his L.A. collaborators. “Because here I am, conducting them to play Jean-Claude’s scores, and I don’t fucking read music. I’m just doing it by ear, so the fact that they had a rapport and some synergy really helped me.”

Meanwhile, Patton translated some of Vannier’s lyrics from French to English, taking some artistic license along the way. He points to “Chansons D’Amour,” which is a melancholy torch song, as a prime example. “That was actually a pre-existing tune that Jean-Claude had, so I took his lyrics and mixed them up a bit,” Patton explains. “It’s basically about the disillusionment of what love songs are supposed to do. I don’t know about you, but if I put a love song on and try to make love, that shit doesn’t work. I’d rather put on Slayer.”

Patton settled on the title Corpse Flower after seeing an exhibit of carnivorous plants in San Francisco. “They were like Venus flytraps on steroids,” he marvels. “They’re amazing things, these plants that are so beautiful but have these aromatics that attract things to kill. I thought it was a really good theme to explore with this music, because that’s kind of what this record is: There’s a lot of beauty and a lot of horror. It’s really highbrow and lowbrow at the same time.”