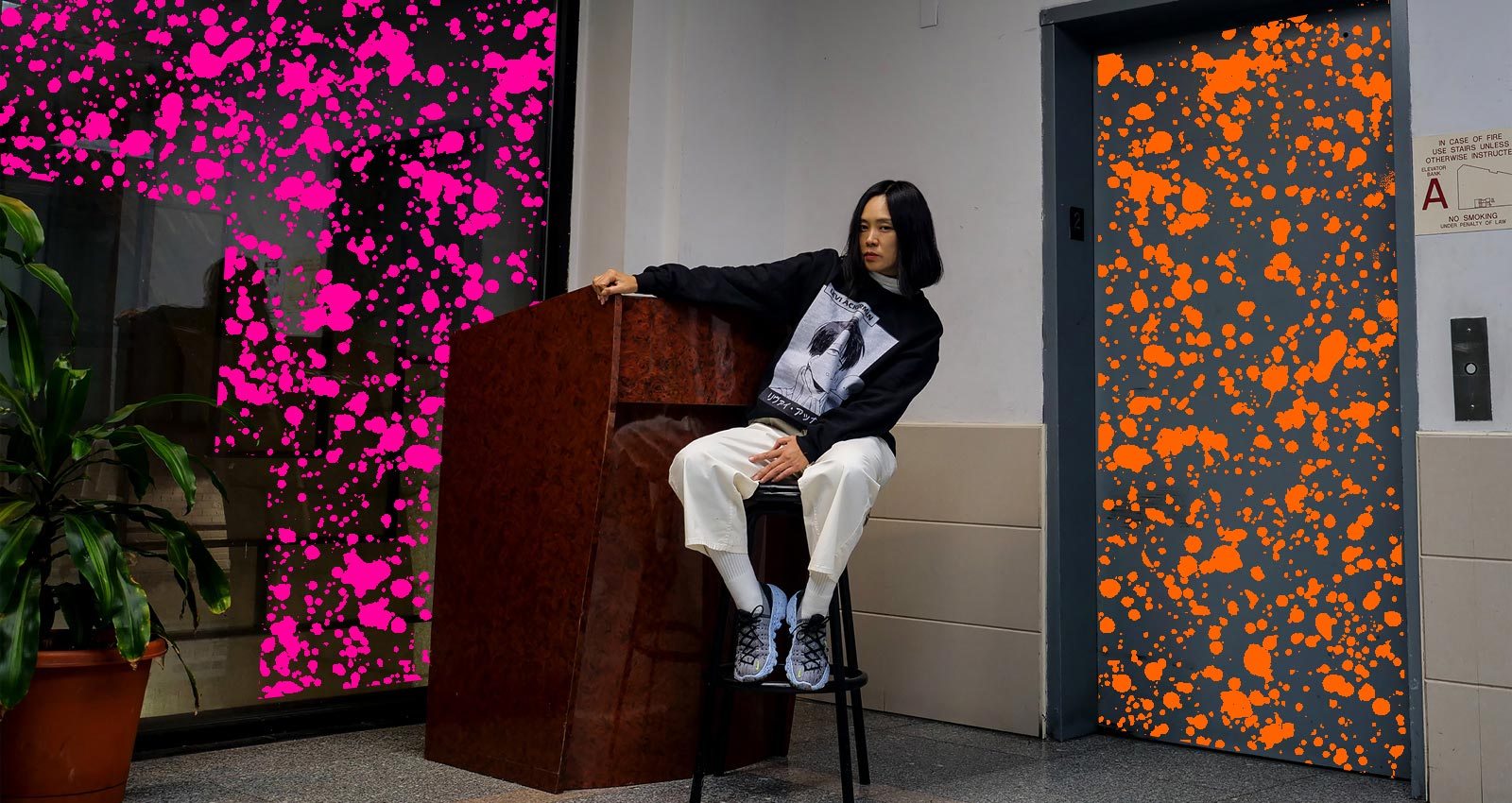 For almost three decades, Japanese musician Miho Hatori, has refused to stay in one place. As a member of trip-hop experimentalists Cibo Matto, whose food-obsessed debut album Viva! La Woman turned 25 in January, and a collaborator with artists like the Beastie Boys and John Zorn, Hatori has proven herself adept in a variety of modes, from ballad-crooning to rapping her ass off.

As a solo artist, her music examines the dynamics between people and ideas. In 2018, as New Optimism, she released Amazon To LeFrak, a buoyant collection of dreamy hip-hop and pop inspired by the Caribbean poet and culture critic Édouard Glissant’s writing on racism and resistance. Shortly after, she released Sequence, this time under the moniker Miss Information. The album, which traverses a wide array of sounds including Sufi music and chopped-and-screwed, was created while Hatori was in residence at the Brooklyn art space Pioneer Works, and explores what it would mean if information were a woman—a natural entity with agency, instead of an inert thing that is disseminated.

Hatori’s latest album, Between Isekai and Slice of Life, reckons with the concept of identity and belonging, and was inspired by the anime Demon Slayer and its popularity with children. The ultra-abridged version of the show’s plot is that it’s about a boy who helps his sister, who has been turned into a demon, try to become human again. “It’s a pretty deep story, but it made me think about why those kids are so into it,” Hatori says. “They know society is pretty fucked. It’s tough to think about the future.” The album’s title is also indebted to anime: Isekai is a genre of anime where Earthbound characters are transported to a parallel universe; by contrast, “slice of life” anime has no continuous storyline; it just follows characters as they do everyday things.

“I really like the word ‘between,’” Hatori says. “People in America, especially people who love culture, are feeling between.” Hatori believes we are on a precipice between the old way of living, one that centers country over community, and what happens when we take the leap and unify through consciousness. “Country cannot solve the problem.”

The music on Isekai is her most inquisitive and most genre-agnostic yet. On lead single “Formula X,” she belts “How does love transcend/ Please answer in your own way,” over a slowed-down, Def Jux-ish beat. Later in the same song, she asks, “The whole universe is sinking/ Money is the only way?” The song was inspired by the collective desire to find the right formula for stability and guidance. Hatori says that the fear of AI and automation taking over, and the inability to let go of idol worship, keeps us trapped in certain patterns. She wants her music to open people’s minds to think about other ways of living. Isekai is not without her signature sense of humor; In its hook, “Formula X” channels her riotous Cibo Matto persona: “I’m a cyborg made of soy sauce/ Made my formula X from rice/ High price selling on Canal Street,” she sings, playing with both stereotypes and commodification.

Elsewhere, she tinkers with grime, melting it down from its skittering origins into gritty, cacophonous R&B and G-funk (“Don’t Be Cheap”), and she takes Future-style melodies further into outer space than the Pluto rapper ever has. The track “Bonaire” summons both the collaged harshness of deconstructed club and lounge-y exotica. This invocation sounds almost like a critique of hotel lobby DJ culture, a practice that decontextualizes the liberatory space of the dance floor into passive consumerism. It’s probably not what Hatori was thinking when she composed it, but it’s the kind of idea that her genre juxtapositions and philosophizing inspire.

“My style is having no style,” she says. “There are so many deep, technical paths to each genre of music. In my case, it’s just fun for me,” she says. “Everybody works at home now, so we have a lot of time to test out what makes sense individually. There’s more time to play around and experiment.”

Hatori has also taken this approach to the Isekai music videos, too. For the album’s second single, “Tokyo Story,” Hatori stands in front of a camera wearing three pounds of face masks, 108 in total—the number of human egos and sufferings in Buddhism—attached to a homemade apparatus to keep them all on. The video was co-directed by performance artist Ei Arakawa, who came up with the idea. As the song plays, Hatori peels off each mask in an effort to finally find her own face—a message of hope for the post-pandemic future. The masks range from hospital PPE to cloth printed with characters from Kiki’s Delivery Service and the video game Animal Crossing (“Animal Crossing is really healing. We need that,” she says). Every time she sheds one and a new surprise is revealed, it’s a reminder of how much Hatori’s dedication to variety is essential to her work. She’s almost like a boxer: What looks like one deft swing is actually a series of smaller, slicker moves, all of them swiftly headed for your gut.