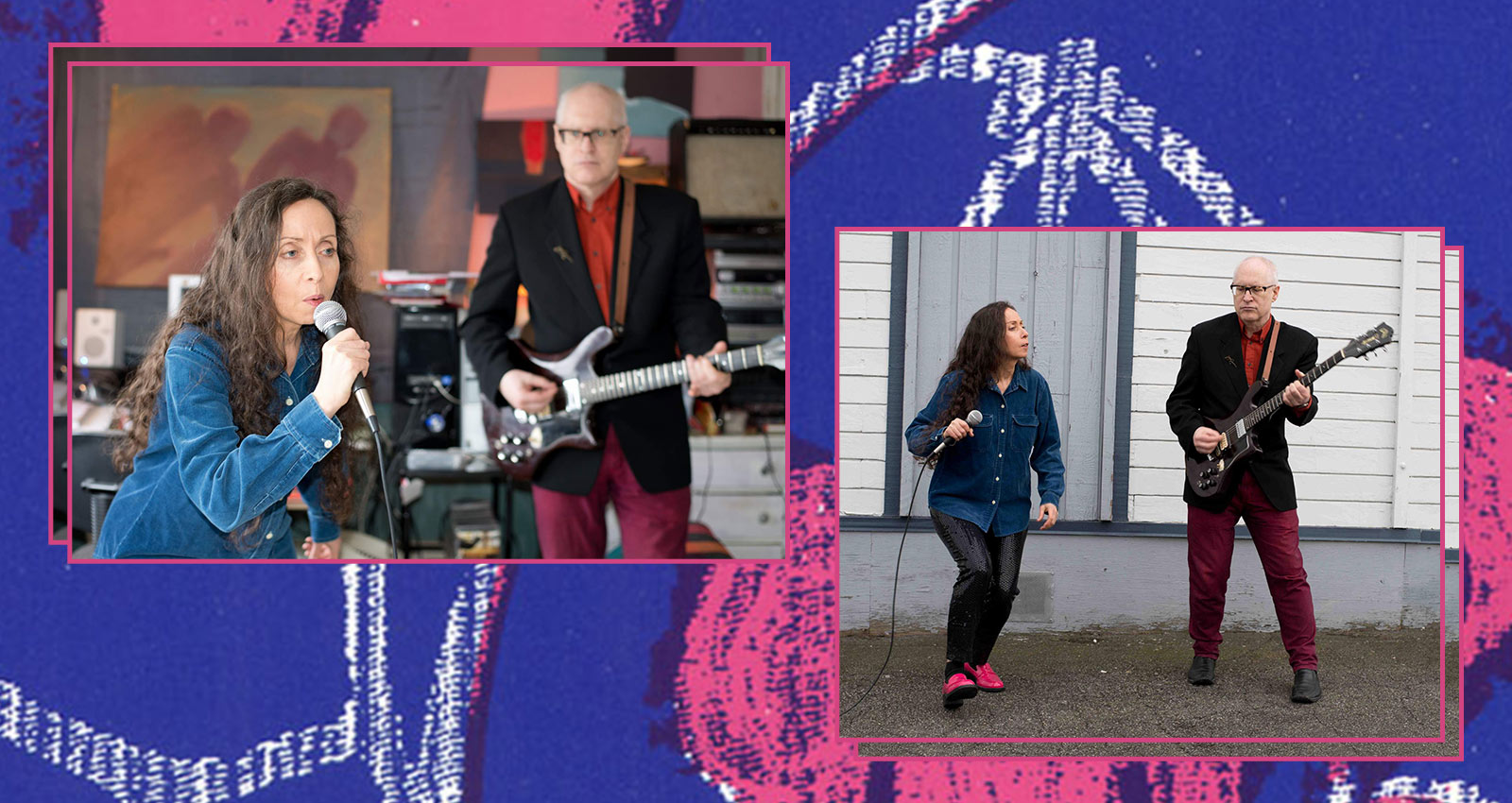 For nearly four decades, Mecca Normal has offered up fierce indictments of the status quo, and provided a model for using creative self-expression as a way to fight inequality and social injustice. They’ve largely succeeded because founders Jean Smith and David Lester never intended to become rich, famous, or even liked.

Early on, the Vancouver-based duo shared bills with D.O.A., Fugazi, and Mudhoney. As pioneers of the Pacific Northwest indie scene, they released albums via K Records, Matador, and Kill Rock Stars. But Mecca Normal’s commitment to a pro-woman, anti-authoritarian stance has also kept them defiantly left of the left of the dial, where they’ve circulated quietly on mixtapes passed from artist to artist, generation to generation. Their rough-hewn authenticity served as the foundation for feminist punk bands such as Bikini Kill and Sleater-Kinney. Reverberations are still heard in politically-conscious bands such as Priests, Pill, and XETAS.

From time to time Mecca Normal has also bubbled up to the mainstream. The band’s most famous song, “I Walk Alone,” recently surfaced on Pamela Adlon’s FX series Better Things. First appearing on Mecca Normal’s self-titled, self-released 1986 debut, “I Walk Alone” builds in its intensity, delivering a powerful affirmation of every woman’s right to freedom from street harassment, and general right to be left the fuck alone.

Another track, “Scare in the Hallway,” sounds a bit like Dead Moon meets Roky Erickson, while “Sha La La La La” is the perfect soundtrack song for a Super 8 film about young punks in their own version of love. Throughout their debut, Smith’s abrasive vocals pair so well with Lester’s minimalist guitar work, they don’t even need a rhythm section.

Dovetail from 1992 presents a very different side of Mecca Normal, this one proving they’re just as capable of crafting graceful, restrained melodies. The standout track is “Throw Silver,” a heartbreaking, multi-tracked ballad wrapped inside beautiful surf guitar stylings. “Cherry Flowers” is another stunner, an atmospheric lullaby that drifts by like a summer cloud.

Mecca Normal’s 2006 concept album The Observer rises to another level of sophistication; Lester’s jarring, discordant guitar is the bed for Smith’s wry observations and insights, drawn from her life as a single woman in her mid-40s.

Smith’s droll pronouncements about dating may recall The Waitresses circa 1982, but come across as even more funny, sad, and true. The album’s 12-plus minute centerpiece is “Fallen Skier,” Smith’s missive about a date with a 47-year-old guy who had dropped out of school to be a ski bum, and is now returning years later with vague plans for his future. Over a repeating guitar riff, Smith alternates between rehearsing her date’s backstory and her pointed reactions to the flags he’s raising: “Warning-warning-warning—red flag/ No one moves to skid row to get clean/ Will I be playing the part of the woman helping him get his life back on track?”

On “I’ll Call You,” a more conventionally straightforward rocker, Smith offers a frank translation of what men would say if they told the truth in their personal ads: “I want cold, impersonal sex/ During which I’ll be pretending I’m with someone else.” Sex is rendered in even darker but still humorous terms: “In bed he tries to put the condom on/ He curses/ I try to see what he’s doing, but I’m pinned under him/ I hear him stretching the condom like he’s making a balloon animal.”

If Smith and Lester occasionally come across as biting, or even bitter, it’s because they believe in the possibility of change, and even the far greater ambition of changing the world. As an extension of their creative partnership, they’ve toured bookstores, classrooms, and community centers with a performance-based lecture addressing the motivations informing their art, their work process, and how they’ve managed to thrive while remaining committed to underground principles.

They’ve also followed this moral compass in their solo pursuits. Lester has carved out a successful career as a graphic designer and illustrator, addressing issues such as poverty, worker’s rights, and class struggle. Smith is a celebrated writer and visual artist who has sold more than a thousand portraits of women on Facebook over the past five years, earning enough money to make a living, and setting aside hundreds of thousands of dollars to establish a fellowship to support other independent creators.

Smith and Lester’s most recent collaboration as Mecca Normal is 2014’s Empathy For the Evil. Based on material from two of Smith’s novels, the characters in these “stories as songs” often confront power imbalances, such as the daughter in “Odele’s Bath” who faces her abusive father in the aftermath of her mother’s death. But on “Art was the Great Leveler,” Smith and Lester reveal how art can provide a way out of the darkness: “Which side of town they were from wasn’t a big enough issue/ To keep them apart/ To keep them apart/ Art was the great leveler and an emotional connection formed.”

Offering a way out of the darkness is what brought the band early superfans such as Kurt Cobain, Kathleen Hanna, and Tobi Vail, who once wrote in her zine Jigsaw: “To me, Mecca Normal is one of the only true punk bands around, in that way they are totally subversive. Maybe that is why so many of today’s young white males and their friends enjoy telling me how much they suck. I can’t think of anyone else who writes more powerful songs about what it feels like to be a woman in a world of violence against women.”

This relentless spirit is also the key to their longevity. From Mecca Normal’s early cassette four-track recordings and fiery live shows to their surprisingly tender songs, and later, more literary-minded approach, they have always been provocative and thoroughly original. Smith and Lester are more than a band. As Melody Maker once put it, they’re “a two-person guerrilla campaign against apathy.”