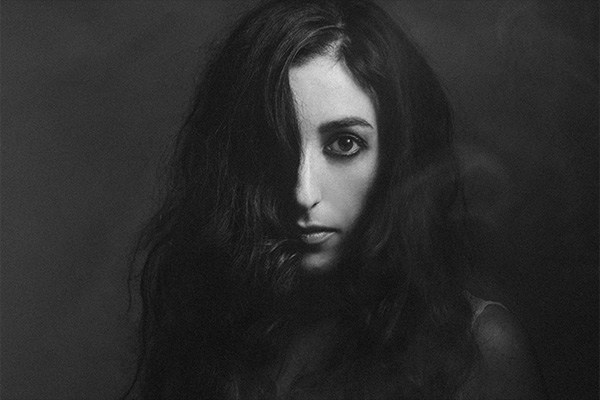 “To find out that your songs are actually affecting people is really special.”—Marissa Nadler

As she began work on the follow-up to her critically-lauded 2014 album July, Marissa Nadler realized she wanted to challenge herself. At first, she thought about making Strangers a concept record about the apocalypse. To test her mettle as a songwriter, she recorded 70 songs in varying styles before settling on the 11 that made the final cut. And, for the first time, she wrote songs with a full drum section in mind. All of this may feel like a radical change from the spare, skeletal, haunting work that’s defined her career to date, but don’t worry: “It’s still sad as hell,” Nadler says.

What’s the biggest change that you’ve noticed in your music over the years?

It’s been so many years that I’ve been doing this, it’s sort of hard to pin it down. But, I think, as a singer, I’ve really grown into my voice. It’s more human. I think a lot of the music that I’ve been listening to influenced what kind of singer I’ve turned into. Because when I started making records, I was really young. And when you’re, like, in your late teens and early 20s, the type of singing you’re doing is influenced by a lot of stuff. I think I found my voice. This new record is just totally different for a lot of different reasons. It has different muses, it has a rhythm section. It’s still sad as hell, but it’s a little bit fuller. There are more dynamics within the actual music.

I remember I first interviewed you for Little Hells, and we were talking about “Mary Come Alive,” and people being shocked over your use of an electronic drumbeat. Now you’ve got a full rhythm section. How do you think people are going to respond to that?

I haven’t really read a single negative thing. I think the problem with “Mary Come Alive” was that it stuck out like a sore thumb on the record itself. And it was also an electronic drumbeat — these are real drums, and they fit in with the record more. Not to diss Little Hells, but I think there were a few of the choices that I would not make again. Most people feel that way about their own work. I look back on the record and I wish that I had not allowed drums on “River of Dirt.” I like the demo so much better without the drums. But these songs on the new record, I actually wrote with drums in mind.

When you were writing the new songs, what kinds of things had been on your mind? What were you thinking about?

I think that I’ve been really influenced by watching the news. And I watch a lot of crime television. I’m drawn to the more macabre, darker forces in life. I also was acutely aware that I could not write a record similar to July, because that record is one of those albums that—I had to be in that place to write it. And I didn’t feel those pangs of heartbreak anymore.

So I couldn’t write songs about heartbreak sincerely anymore. Or love songs. I was trying to find a new muse, and at first it was very hard. And I was freaking out. Like, ‘Oh my God, what am I going to write?’ And I just sat down, like I was at a day job. It was actually my friend Angel Olsen — a couple years ago I was discussing with her the issue of writer’s block — she was like, ‘You’ve just got to sit down like it’s a day job.’ And that’s exactly what I did. I must have recorded 70 songs.

I picked the ones that were the most different. I think there’s a lot of people in any fan base that want you to stay the same. But anybody that really supports an artist wants them to grow and evolve. I want to have a career, like, deep into my life. And so to do that, you have to keep things exciting for yourself.

I know that sometimes you write songs that are sequels to other songs you’ve written. Are there any sequels on Strangers?

Well, kind of. Like, “All the Colors of the Dark,” for instance. The ‘Mr. John Lee’ in my previous work was always kind of [a] code for my first love, and I really was about to embark on new territory in my personal life. But before doing that, I wanted to try to close the chapter on that book. I drove up to a party at the old love’s house, and sat in my car hiding behind his garden like a creep, trying to get the energy to go inside. So many people think, ‘Oh, these names are characters.’ And I’m like, ‘No, they’re not. They’re real people. Every single one of them.’ And also, they’re all true stories. “All the Colors of the Dark” is years later confronting the reality, and looking back kind of fondly on the mark that people leave on you without any anger or spite.

This is really a record that I couldn’t have made in my 20s. Because “Katie, I Know” is about the dissolution of a friendship, and I think a lot of people, when they hit a certain part of their life, the world just gets so much smaller. Your world gets smaller.

Can you talk a little bit about the first song on the record, “Divers of the Dust?”

I think the reason I was writing these ‘end-times’ songs is because I’ve been having some anxiety. I’m a little hermetic and a little agoraphobic. I just was kind of tripping out in my head a little. Initially, I was writing a concept record about the end of the world. And then I kind of abandoned the idea, because the songs started to take on dual meanings. So I didn’t want to tether myself to the entrapment of a concept record. But “Divers of the Dust” was kind of setting the scene, where I imagine myself waking up as the world is ending, and unsure if it’s a dream or reality. And there’s imagery of the waves pulling the city into the water. I think that what I was really trying to kind of communicate with those images was just the transitory nature of life.

I know sometimes you like to give yourself challenges when you’re writing, like putting all those key changes in “Baby, I Will Leave You in the Morning.” Were any of these songs the result of personal challenges?

The whole record was kind of a challenge. Not that it was difficult to make, but I challenged myself to do something different. It’s kind of scary, taking any risks at all. I was watching a David Bowie documentary on the BBC. It was so inspiring, because he was such a risk-taker up until the very last day of his life. And that’s just a real mark of a true artist. I look up to these heroes—what would they do? Like, make another July, or try to change and evolve? Even though it’s not the hugest change—it’s pretty subtle. It still sounds like me.

If your music could accomplish any one thing for your listeners, what would it be?

It’s my goal to connect with people. I believe in the universality of music. I think it’s a beautiful connecting force for people. And so, when random people tell me that the music touched them, or helped get them through a hard period of their life, that makes me really happy. To find out that your songs are actually affecting people is really special. It makes me feel like it’s worth doing, even though I don’t sell a zillion records.

Is there a certain album or song that gets cited most often?

No, usually it’s just, ‘Your music helped me get through a hard time.’ Somebody said to me, ‘I had so much goth-y sex to your first record in college,’ which I thought was funny. That’s one of my favorite things that anyone ever said to me. It must have been really slow sex.