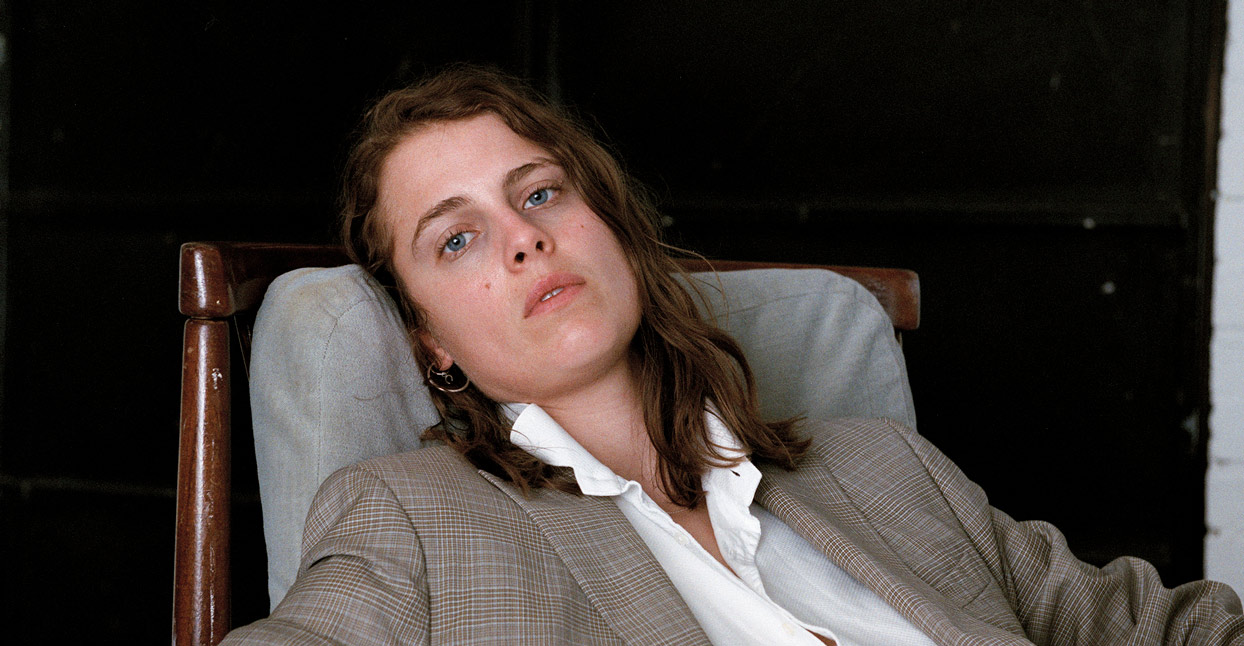 Marika Hackman has a secret: In her mind, her new album, Any Human Friend, isn’t finished. It’s a potent LP, full of the kind of music she’s always wanted to make: big, brash pop-rock delivered with a wink and a snarl. She thinks it’s funny and sharp and self-excoriating, a better reflection of her personality than anything she’s released to date. But Hackman won’t feel like it’s truly done until she’s released it—until it’s out in the world and she can see how it lands. For her, making music is a two-way conversation, with a built-in delay.

“You’re creating something that’s part of a dialogue, but you don’t have the other person saying anything back,” she says. “Releasing a record or playing shows—that’s when you get the other side of it. You wait all that time, and it all comes at once. I look forward to it so much.”

This is not the first time Hackman has reinvented herself. She released her first track when she was 20 years old, and was initially boxed into being “a soft-spoken, spooky folkster—this sweet countryside girl with a dark edge,” she says. “Some bullshit like that. That’s not who I am at all.” On her second album, 2017’s I’m Not Your Man, she teamed with producer Charlie Andrew (who worked on the second alt-J LP) to create a sound that recalled the heyday of ’90s alt-rock—think PJ Harvey and Hole. That wasn’t where she wanted to remain, but working with Andrew helped her approach songwriting holistically. She used to start with a vocal melody and work her way down to the rhythm section. On Any Human Friend, which she co-produced alongside David Wrench, she reversed the process, building songs atop a bassline or drum beat.

“I learned so much with Charlie. I felt quite confident going into a co-production role, fleshing out all my ideas to a much more extreme capacity than before,” she says. “I wanted this record to be my poppiest record. I wanted to make it sound bigger and more accessible.”

Hackman wrote the album over the course of 18 months in her bedroom, an intensive process she calls “incredibly lonely.” By spending all that time digging into herself, reflecting on the ways in which she connects—and fails to connect—with other people, she was able to make a record that sounds loose and populous, like the point at a party where everyone starts to lose their inhibitions. Hackman plays multiple characters across different tracks; on the sweeping “The One,” she’s the self-obsessed rock star, then abruptly switches roles to become a member of the audience, shouting down her ego trip: “You’re such an attention whore!”

“This character ignores that, and just plows on with the song, completely unaware of the fact that the audience isn’t into it,” Hackman says. “When I was writing that, I was thinking that hopefully, one day, the audience will shout that back whilst I’m singing it. It kind of elevates the joke even further.”

Humor abounds throughout the record—in Hackman’s lyrics and delivery, and in the bright, outrageous guitar leads that, at times, echo Guns N’ Roses. It’s a way to defuse the often painful parts of herself she also shares in her work, like the loneliness and disconnection that rushes up in the sweeping “I’m Not Where You Are.” “I deal with a lot of situations in life with a sense of humor,” she says. “There’s humor through a lot of my work, but it’s coming more and more to the fore the more direct I’m being.”

Whether through humor or frank storytelling, Hackman wants nothing more than to connect. The title of Any Human Friend comes from a documentary she watched halfway through making the record about dementia patients interacting with young children. After visiting an elder with dementia, one girl remarked how great it was to make “any human friend”—young or old, sick or well. The line touched Hackman. “Children are so accepting without any premeditated ideas of what people should be or how the world should be,” she says. “The older you get and the longer you live in this bizarre, often horrible world, you judge and judge and make more and more judgments. I wanted to make this album to just say, ‘Hey, we all fucked up. We can all be a bit perverted, we can all be funny, we can all be kind. We can all be such a wealth of different things.’ If we all just learned to take away those judgments, and take each other for what we are, I think everyone would be a lot happier. And probably a lot less anxious.”