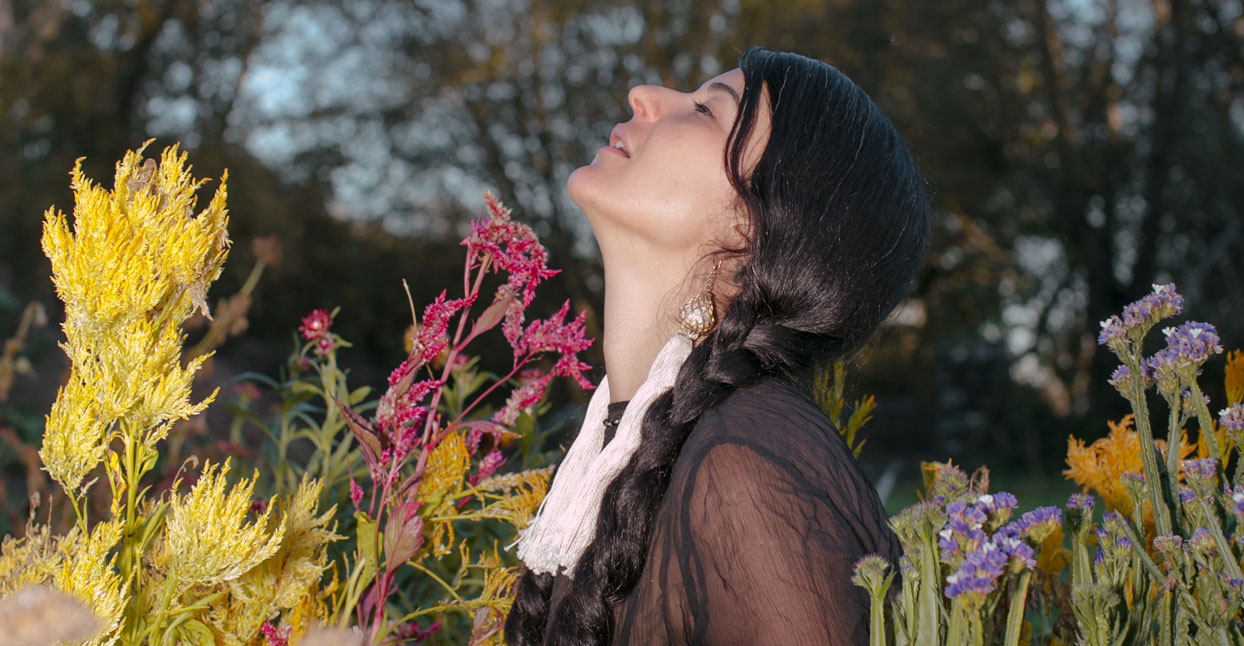 “My music started to come from this hungry place, where I wanted to reconnect with something deeper in my bloodline,” says Mariee Sioux, discussing her origins as a folk singer-songwriter. “I wanted to feel more connected to my people, and my heritage that had seemed to have vanished from our line.”

Sioux, whose lineage includes Polish, Hungarian, Mexican, and indigenous backgrounds, has never been able to pinpoint the exact details due to a lack of official documentation, as well as her parents’ general disinterest in the topic. That her identity remains elusive is a constant point of sorrow for the artist.

“My parents don’t have strong ties to their cultural heritage,” she explains. “I’ve always been really deeply disturbed at the loss of culture in my family’s lineages. That happened so rapidly—in just a matter of, like, two generations, people don’t speak any other languages. No one knows any of the stories of their people. I’m pretty sure people had to pretend they weren’t Indian and Mexican to survive at some point; my grandpa was even beaten at school for speaking Spanish. There’s just a lot of trauma there.”

Although the music of her folk and bluegrass-playing father has always been a part of her life, Sioux didn’t compose her own songs until she was 17. As a recent high school graduate, she had traveled to the Patagonian desert—in the remote northwestern area of Argentina—to work with indigenous Mapuche children as a volunteer. Other friends who had planned to participate backed out of the trip, and during the hard, lonely stay, she began to teach herself to play the guitar and compose songs as a way to ward off the feeling of isolation.

The loneliness of the Patagonia experience connected back to her family’s lack of any strong cultural heritage. “That loss when I was searching for myself, as a young person going out in the world…all I wanted to [was] to feel more connected to the people in my heritage who had seemed to vanish from our line,” Sioux says.

The process of documenting that loss is a thread that runs through her work, including her third album, Grief in Exile. Completed after a “tumultuous” breakup, the album treats music as medicinal—a palliative mindset born from necessity, in the wake of a toxic relationship that left her personally and creatively drained. “I had lost a huge sense of my identity, my freedom,” she says. “My creativity was really blocked.”

And so she moved back to Nevada City, rebuilt herself “from the ground up,” and found strength in music. “Snow Knows White” shares a sense of moving beyond the grief, as the narrator chooses to “take herself as wife” and honor her creative force: “I took myself as my own wife, could no longer leave her behind / All my planets they sing inside, with my unborn’s song inside.”

Sioux has also reconnected to the roots and legacies lost in her own family’s history, along with the real history of her hometown. Nevada City’s claim to fame is as a destination of the 1849 Gold Rush; rarely mentioned is the nearly total decimation of the Native population as the result of the hundreds of thousands who descended on the area to mine its riches.

Today, Sioux collaborates with Nisenan indigenous leaders and community—the First Nation of that area—who have been nearly wiped out through “near-genocidal” tactics: only 144 Nisenan tribal members remain. Sioux declares, “It’s one of the most crucial things in Nevada City, to support and help preserve and perpetuate this culture that hangs on by a thread.” For these reasons, she has chosen to have indigenous voices such as Shelly Covert, singer and spokesperson for the Nevada City Rancheria Nisenan Tribe, to open her concerts.

Sioux has also lent her voice to protests like those in Standing Rock. She wrote the lyrics to “Black Snakes,” a song chanted in “peyote medicine language,” shortly before a trip to Standing Rock. Sioux describes the tune as a “channeling” of a “sonic prayer” for water: “The origins of that song really just kind of came through in one swoop—like it was sang it into being while I was playing guitar, which was only happened to me once or twice in my life before—so, it was really trippy.”

The power of Sioux’s songs stems largely from her poetic know-how—glimmering prose uplifted by Sioux’s multi-hued falsetto, and backed by gentle acoustic guitar. It’s part of what she terms “abstract storytelling.” The words and melodies are presented to the listener as sonic Rorschachs, so that they can use them to define their own moments of pain and survival. Consider album highlight “My Birds,” where she intones: “Empty, where once she filled a void in my home / But I’m still standing when the stone in my hand turns to dust / I’m still weaving this life with iridescent strands / My birds they bring, they sing for the dawn’s unfolding wings.”

“As an American society, [we have] pushed grief to the farthest edges,” Sioux says. “One of the main things that’s making our society sick right now is known as metabolized, unprocessed grief. We really have to welcome it back into our lives…it’s going to be a key to the part of our healing.”