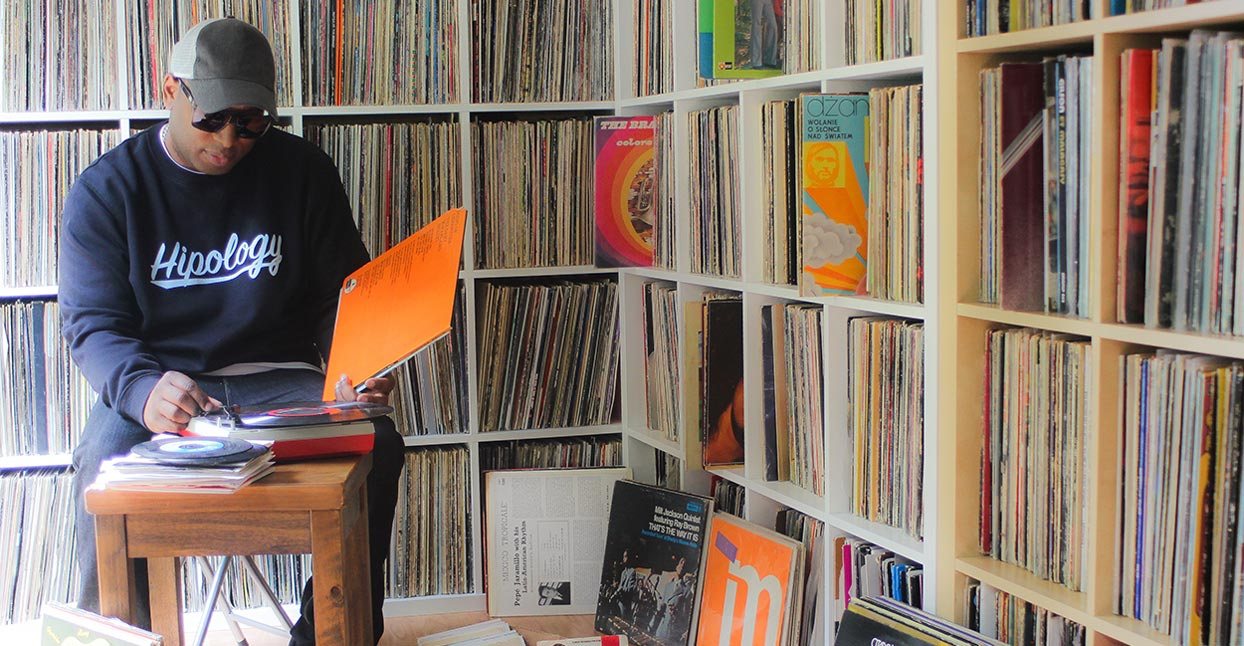 “It’s kinda sad if you go to Google and search ‘Black Panther,’ all you get is the Hollywood blockbuster movie,” says Marc Mac, the London-based producer known for his role in pioneering drum & bass duo 4hero. Mac is speaking from recent experience: His latest release is an audio documentary that tells the story of the Black Panther Party by layering snippets of speeches and news reports over hip-hop beats that sample ‘70s soul music. Mac was originally going to call the album The Panthers, but decided to distance his project from “cartoon superheroes fighting each other.” Instead, he named it All Power To The People—a phrase that would bring up information about “the struggle people went through” when someone searches for it online.

[Listen to an interview with Marc Mac on Bandcamp Weekly.]

The album is the latest in a series of similarly-styled releases; 2001’s Extend The Knowledge and 2006’s It’s Right To Be Civil tell the story of the civil rights movement; 2013’s Message From Soulville tells the story of black soldiers in the Vietnam War; and 2016’s Generation-X documents the experiences of the Windrush generation who moved to Great Britain from the Caribbean. And while these audio documentaries focus on issues that came to a head in the ‘60s and ‘70s, Mac has noticed that “there’s been a lot more of the old hate returning lately, [and that’s] been causing people to want to know: ‘Where does it come from?’” Each of Mac’s releases are designed to fit on a single piece of vinyl, “creating a picture in 40 minutes, and doing it mixtape-style,” he says. “For a generation that wasn’t really reading books or getting taught history in school, I thought they’d be into it if it was on wax and it had beats surrounding it.”

Mac first got the idea of delivering a history lesson through music in 2006, when he began work on It’s Right To Be Civil. “I was a father for the first time, and I felt ‘I’m not a rapper, I’m not a singer, but how can I get more of a message in my music?’” he recalls. “As a dad, I wanted to make records that can pass the knowledge on to the next generation.” He settled on the civil rights movement because he felt it was “the missing link”—something that wasn’t being properly taught in the British school system. “I learned more about the civil rights movement through hip-hop artists like Public Enemy and X Clan,” he says.

First, Mac set to work on the beats using his MPC sampler to create a batch of beats influenced by “the usual suspects—J Dilla, Pete Rock, and Madlib.” Soul and jazz samples sourced from songs originally released during the civil rights era became the basis for the project’s sound; he even cut up tracks that he discovered had been played during protest marches.

Once the beats were in place, he began the painstaking task of sourcing dialogue to move the narrative along. “In the early days, YouTube wasn’t so vibrant with this stuff, so it was digging into the BBC archives and odd websites where people had sound clips,” he says. He also scanned vinyl releases of speeches by Martin Luther King Jr. and Malcolm X, plus live concerts from the ‘60s and ‘70s where activists like Jesse Jackson made presentations. There’s a nuanced interplay between the verbal samples; “Tell Me Now” combines Marvin Gaye’s plaintive voice with Jackson’s rousing chant of “I am somebody.” Together, the combination prompts the listener to reflect on both the suffering and the fight that characterized the civil rights movement. The end result feels like Mac has gone back in time, rescoring the socio-political events of the era.

True to Marc Mac’s original goal of passing on knowledge to new generations, each audio documentary is designed to prompt the listener to dig deeper. Song titles are overt clues: All Power To The People includes “Geronimo,” a track that combines steely, open hi-hat flashes with dialogue introducing Black Panther member Geronimo Pratt, who went from military veteran to human rights activist, and who was jailed for 25 years for murder before having his sentence vacated. Someone hearing the song might be prompted to Google Pratt’s name, where they would learn he was 2Pac’s godfather—a further link between generations and movements.

“The whole thing is, I’m just trying to give people the names and soundbites to do their own research,” says Mac. “You have to look at these albums as chapters in a book: You go from the civil rights movement to Martin Luther King focusing on the war and poverty, then the Panthers were talking about poverty too with things like the Free Breakfast For School Children Program. It’s all connected.”