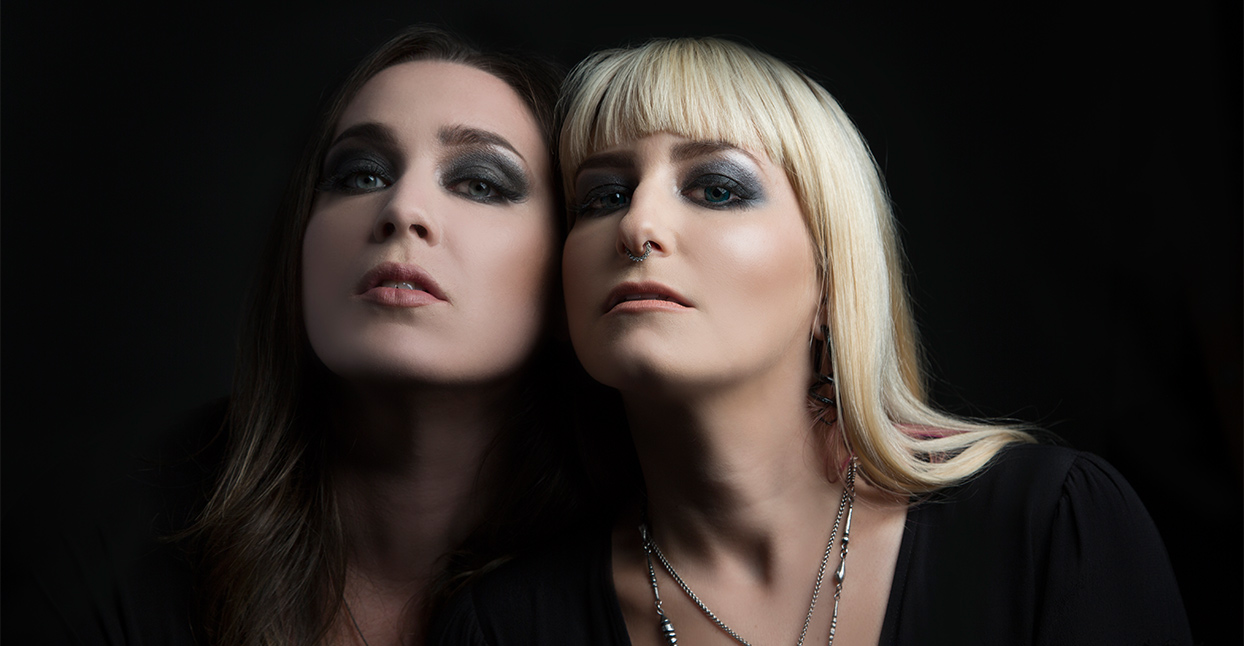 A brief listen to Gramarye, the second album by San Francisco-based Lotus Thief, reveals an abundance of both conceptual and compositional artistry. Consisting of five tracks, only one of which is under eight minutes in length, the album covers a wide swath of musical ground—there are hints of prog, post-metal, psychedelia, shoegaze, classical, and experimental soundtrack music. The album’s stylistic restlessness is held together by lyrical themes concerning magic and mythology.

“The music I love the most plays with memory and creates images that are genuinely magical,” says frontwoman and songwriter Bezaelith (real name Beth Gladding). “It’s this powerful force that impacts people on many different levels.”

Like the epic poem The Odyssey, on which the track “Circe” is based, Gramarye is a lyrical journey through landscapes that are alternatively rocky and peaceful. Many of those lyrics are pulled directly from the texts in which they’re based and the musical intensity  swells and recedes with the dramatic arc of the narrative. “The Book of the Dead,” builds from ethereal vocals and evocative melodies into a fusillade of blast beats and whispered, sepulchral vocals. “Idisi” blends gossamer guitars and choir vocals with ominous rhythms and stabbing, atonal guitars.

Bezaelith, an English teacher sought inspiration from various fictional, spiritual and occult texts she has read over the years. “The Book of Lies” is about the influence of Aleister Crowley, and “Idisi” addresses the medieval “Merseburg Incantations.”

“These stories all just called to me,” Bezaelith says. “I started reading through these texts, and the words pretty much landed where they belonged in the songs.”

During a lengthy, revealing conversation, Bezaelith talked about the birth of Lotus Thief, the contributions of one-man metal iconoclast Otrebor (Botanist) to Lotus Thief’s sound, the impetus for Gramarye, the near-death experience that gave the multi-instrumentalist new drive and her strange connection to the Salem witch trials.

You started Lotus Thief in 2012 as a solo act with drum tracks by Otrebor. But back in 2008, a year before he started Botanist, you worked with him in the band Cestvs. How did you two meet?

Bezaelith: I met him where I’ve met a lot of musicians—on Craigslist. I was looking for a band to join, and he was auditioning bassists. He gave me three songs to learn, and I decided, “I’m not gonna learn three. I’m going to learn one note for note.” I went to the audition and at first he was like, “What do you mean you didn’t learn all three?” But when he saw I could play one perfectly, he said, “OK, come back.”

It didn’t work out. There were too many moving parts and too much to coordinate. So Otrebor got frustrated and said, “I can’t depend on a band to work with. I’m going to depend on myself.” And he started recording as Botanist. And I started a rock band called The Nightfall. But we stayed in touch.

How did Lotus Thief get started?

Otrebor did all these albums, and he had some crazy drum tracks he recorded but didn’t use, so he gave them to me and another musician to work with. We wrote something, and it was so slipshod that the other guy was like, “I can’t do this.” And I said, “Well, I’m going to give it one more try.” So I spent three months listening to the drum tracks and letting them guide me. I’ve always been able to bring the music out of rhythm ever since I was a little kid and I would hear melody in machinery. So I found the sculpture in the stone of these [drum] tracks and I recorded “Nymphaea Caerulea.” I played everything but the drums and when Otrebor put it out in 2012 [on the second disc of Botanist III: Doom in Bloom], a whole bunch of people were like, “This is really interesting and weird. You should do a full length.”

Your 2014 Lotus Thief debut Rervm was a concept album based on the epic poem De Rerum Natura by Lucretius.

I was reading this text from 55 BC, and it was incredible. This guy’s message got buried until 13th Century AD. But he was really progressive. He basically said, “Don’t just accept life. Question everything and try to figure it out.”

Though it incorporates numerous musical styles, from ambient electronica to black metal, the overriding tone of Rervm is melancholy, angry, and unsettled.

I was extremely sick when I did that album, and the doctors had no idea what was wrong with me. After going through 14 doctors, I found one who determined I had extremely severe allergies that had to be medicated with the strongest Antihistamine in the world. But I also had really bad stomach problems, which made the condition worse. I honestly thought Rervm could have been one of the last things I was going to do. Because when I was making it, I was coughing my guts up, I was fevered all the time, and I was in and out of consciousness. Rervm was a plea to science to save me. In my mind, Lotus Thief became this idea that we’re living on borrowed time, and we are thieves of knowledge. Who knows what happens next or where we go next, but while we’re here, we should accumulate all the wisdom we can.

Did writing music help you cope with your illness?

Most definitely, and so did addressing Lucretius’ theories. He wrote De Rerum Natura for his patron Memmius, who was an older man afraid of dying. Lucretius was saying, “Substance is eternal. You don’t remember what happened to you before you were born, so why are you afraid of what’s going to happen after you die?” That was huge for me, because as I continued to get sicker, I had to have something to hold onto. I felt like, ‘I’m gonna write something brilliant and put every bit of my heart into it, and maybe it will come through and save me.’ And it kind of did.

Who are your greatest musical influences?

Pink Floyd’s Mettle was huge for me. And I love King Crimson’s [1974 album] Red. I also like some Krautrock, like Amon Düül II. There’s a band called Farflung that did this album [in 2008] called A Wound in Eternity, that’s super-open, vast, reverb-y, vicious and wild. It’s exactly that feeling of flying through space, [which] I love. But I find a lot of psychedelic rock to be annoying—overly repetitive, samey, and vocally uninspiring. The guitar parts are boring, because there aren’t enough changes to the songs. The changes in Lotus Thief songs happen all over. Whereas a lot of psychedelic stuff feels like it stays in place a lot. I don’t want to listen to music where I have to do drugs to enjoy it.

Was Gramarye a challenging album to write?

Not at all. After being so sick for Rervm, I suddenly felt free and full of energy. And we did this one a little bit differently. Otrebor gave me drum tracks for “The Book of the Dead,” “The Book of Lies,” and “Idisi” before I wrote anything, but for “Circe” and “Salem,” I gave him melodies and he built drums around them. Then I polished it all up.

The texts you pull from on Gramarye are mostly ancient, and mostly address mythology and the occult.

After I finished Rervm, I became fascinated with reading texts about the reverse—magic and sorcery. I’m really interested in belief systems, whether they are founded in science or spirituality. When I was younger, I rejected Christianity, and the first thing I did was explore other religions, including Buddhism and Paganism. I wanted to do Gramarye because so many reviewers listened to Rervm and said, “Lotus Thief is an occult metal band.” I was like, “Are you kidding me? This is an album about science. Did you even listen to it? You want to call us occult? I’ll give you an occult record!”

What intrigues you about the occult?

When I was coming out of my illness, I was thinking to myself, “Well, damn, I wrote this album, Rervm, based on science. And although science was helping me get well, I was still pretty sick for the majority of that time, and it was kind of like my willpower was what kept me going. Then I started thinking about Aleister Crowley’s phrase, “Mighty will of mind.” There is an element of willpower in sorcery and magic, wanting something to come true or conjuring something to be where there was nothing before. And that goes against everything Rervm was about, which was appealing to me.

The song “Salem” is the only song on Gramarye that doesn’t draw directly from a specific piece of literature.

It’s about a member of my family who was involved in the Salem witch trials. She came from England and she owed a man money. Rather than come up with a way to pay him, she accused him of being a witch. Luckily, whoever was running the trial did not accept her argument. I was appalled when I found out about this, but I wasn’t surprised because people do crazy things. Maybe she thought that was her only way out ,rather than running away. She was later murdered under suspicious circumstances, which makes the story even more bizarre.