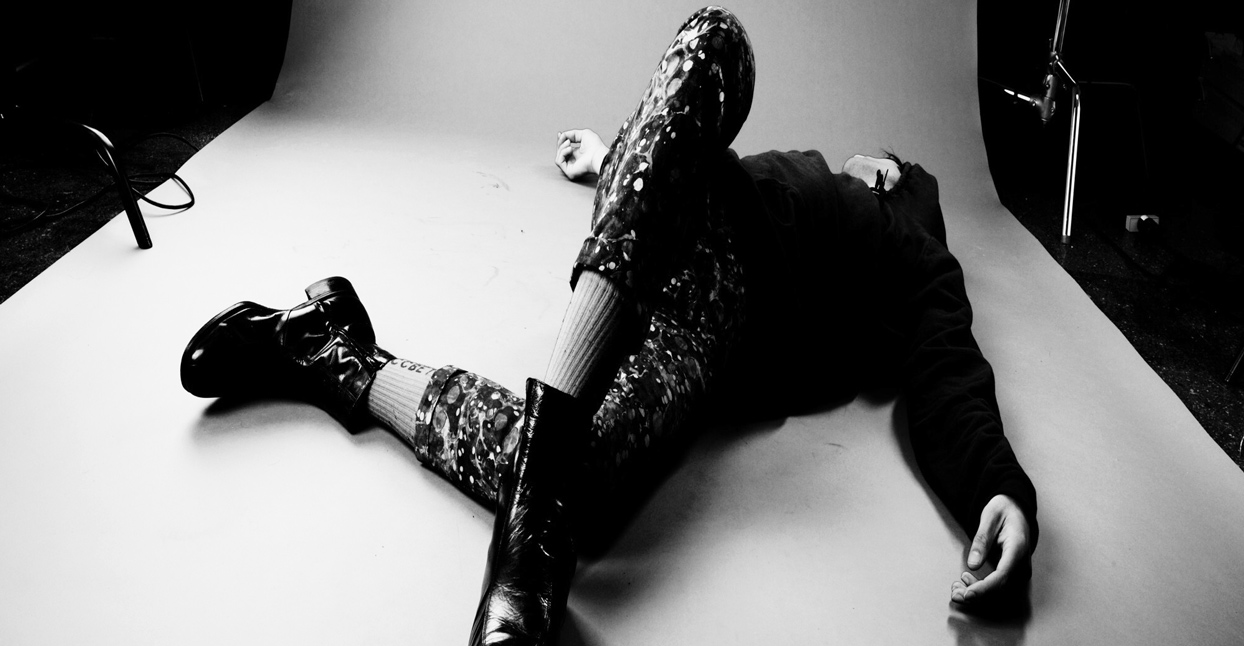 Genre-crossing producer Chester Raj Anand (aka Lord RAJA) named his latest EP Amadeus because he believes people should revere loops the way they respect the work of Mozart. The way he explains it, there isn’t much difference between an elaborate symphony and a perfectly-refined club banger. To Anand, both are the product of a delicate creative process, and both deserve the same level of appreciation and admiration.

And yet, Anand is still eager to avoid certain trademark characteristics of techno, one of several genres he explores in his music. Finding the perfect loop and rhythm is crucial, sure; but what about exploring that repetition in a way that leaves the listener wanting more? That’s what Anand set out to accomplish with Amadeus which, save for a lengthy bonus track, is full of tracks averaging three-and-a-half-minutes in length. Rather than overstay their welcomes, Anand wanted his songs to cut off quickly and, in his words, “be a tease.” We discussed this and more.

I read that you made the new EP after moving from your parents’ home to your own spot in Brooklyn. How did that move affect your creative process?

It gives me a lot more freedom, and makes me feel more independent—which is important when you’re creating art. You have to divorce yourself from the idea of having a familial identity, and just be alone and make art. When you’re with your parents, you revert back to kind of how you were [when you were younger].

It’s interesting you say that, because you’ve described the EP as a return to your youthful experimentation and immediacy. How did you accomplish that, while also being independent and your own person?

What really helped was being in the basement [RAJA’s apartment is on the basement level—ed.], because when I was growing up, I also had a basement set-up, and I felt detached from my parents and family. It was a form of escape. It really helps to now be in Brooklyn and to be reminded of that. I’m still looking for that sort of escape. This was a way to escape and still be reminded of what it was like to create at such a young age, and not lose that spirit.

And how did that impact specific songs, or even samples, on the new EP?

On ‘Streets of Rage,’ with AceMo—that melody reminds me a lot of something I would have sequenced in Fruity Loops at a young age. It’s very simple, and sets an immediate tone. That’s the kind of energy I would gravitate towards as a kid. And on ‘Mantra,’ there’s a sample I found from some Russian cassette. It’s the sound of glass shattering, and I used it as a snare. That also reminds me of when I was younger, sampling certain sounds with my first microphone. We would break things and record it and use the sounds as drums.

The title of that track—is that an homage to the Streets of Rage video game?

Yeah, absolutely. I still play that game, and the music still blows my mind. It’s totally cerebral and dark, and it’s still futuristic. And it’s all in 16-bit, which also inspired me. It doesn’t sound like a cassette, but it doesn’t sound glossed-up—it’s something in the middle.

So is it safe to say you were pretty heavy influenced by the game’s soundtrack composer, Yuzo Koshiro?

Did any other video game composers inspire songs, either here or on previous projects?

I’m always going through phases and trying to approach each project as if I’m a different character. What inspired me a lot this time, aside from watching movies, was YouTube. Sometimes you go down a wormhole, and I was finding uploads of rare house vinyl and I went through the whole Metroplex catalog. I was inspired by the sound quality. It’s not so compressed, it’s pretty naked, and you can hear all the noise, whether it’s intentional or not.

You mentioned how each project is a different character. What character is represented on Amadeus?

This one’s more clear cut and not so all-over-the-place, genre-wise. It’s facing you head-on. I wanted to make it confident, and not have any song drag too long. Some of these songs, the first drafts were six or eight minutes long, but I realized I don’t hear much techno just cuts out right when you want more. I kind of wanted to be a tease, and be bull-headed with the way it sounds.

Talking about the sonic nakedness, is that why you chose to release this one on cassette, for that specific sound?

Definitely. Also, since it’s an EP, I didn’t want to do vinyl. Cassette has a special quality. I mainly did it because it’s such a physical treasure. I feel like it’s an exciting thing to receive, or to order, and be like, ‘I got my cassette!’ It’s so much cooler than like, ‘Oh, I downloaded or streamed it.’ It will also be fun to listen to and hear the analog effect of the tape compression; it’s a beautiful thing.

Listening to the EP, the vocal samples come across more as added instruments than a driving force on tracks like ‘O.K.’ and ‘Black Coffee.’ Can you talk more about those?

It’s to give it a human touch that can’t be recreated. With ‘O.K.,’ the reason why I put specific vocal samples in is because I first drafted the track without them, and I walked around and listened to the song. And then I’d hear a voice in my head, or something I would like to be in the song. And right when I hear that, I screenshot my phone and I make note of where the time was that I heard that, and then I’ll go back [and add it].

With ‘O.K.,’ I wanted something sassy sounding—you know, ‘Okay!’—something that sounded like a catwalk. And with ‘Streets of Rage,’ there’s a person screaming. I was actually doing a scream like that on the upbeats, but I didn’t want to use my own voice, so I found a sample. If I hear it in my head, I treat it like there’s something missing in the song.

Is there any specific reason you named the project Amadeus?

Originally, I didn’t have that deep a concept. I just thought it sounded cool. But then I thought more and more about composition, and what it all really means, and how the use of repetition is no less complex than a super-ornate sheet of music and notation. To me, it’s still a very delicate and precise balance to handle repetition in a refined way.

I’m just really happy it’s out there and people are enjoying it. It’s also the close of a chapter, and the next project is going to be something that my earliest listeners will enjoy.

Are you changing your name, or…?

I’m working on some side projects, but I would like to go back to my name as RAJA. I’m currently drafting Witch 2, which is a follow-up to a 2011 project I did on Astro Nautico. I’m trying to do a second edition of it, to go back to my hip-hop realm. Hip-hop’s been inspiring me a lot, and I want to get back to my old processes, back to when I was making Red and Witch. I want to interpret this new wave of hip-hop in my own way.