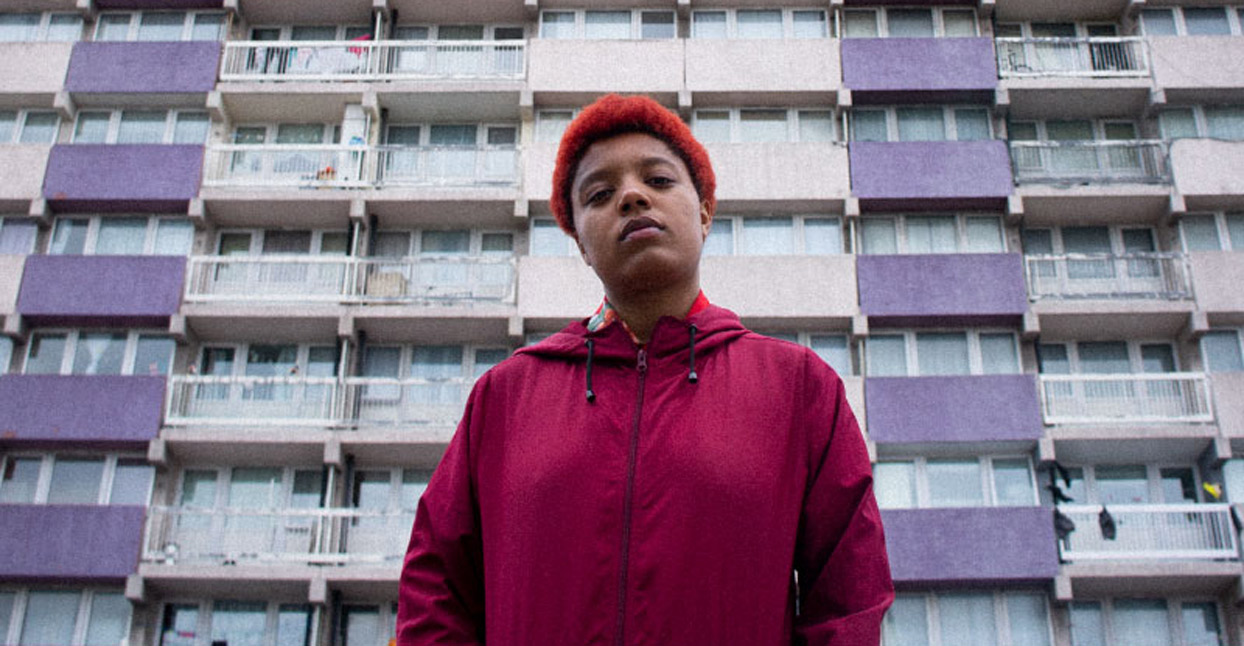 The first time listeners hear London-based producer Loraine James’s voice on her new album, For You and I, is on the third track “So Scared.” “You’re over there, so fucking scared,” she speaks plainly, as if she’s too familiar with saying those exact words. As a queer Black person living in London, James explains that she often feels the need to filter herself. “I only feel fully comfortable in a few places and that’s not fair. I shit myself just holding my partner’s hand for five seconds in public, afraid someone’s going to beat us up or something,” she says. While she’s grateful for the few places in London that make her feel at ease, it’s this dearth of safe spaces that have made her a “shy and closed person since forever.”

Music has served as an avenue which James can freely express herself. While she’s still unlikely to show affection in public spaces, album centerpiece “Sensual” is a lush IDM love song featuring singer Theo. It’s “the love song for my partner,” she specifies. At the end of the song, Theo warbles a confession: “And I’m at home / In her touch / And her words / And her love.” Those lyrics resonate strongly with James. “Sometimes I don’t see my partner for weeks as she doesn’t live in London, but even just hearing her voice makes me feel at home and at peace,” she explains.

With For You and I, she only continues to showcase her wide-ranging musical palette. The title track is made up of patchy trance beats offset by dramatic synth pads. “London Ting // Dark As Fuck” is a cacophonous post-club song that includes splotches of abrasive noise periodically interjecting Le3 bLACK’s moody rap verses. “Glitch Bitch” lives up to its title by being, well, glitchy but soft-edged. James wanted For You and I to reflect London as she knows and sees it, as well as her experiences of being visibly queer. The wide array of musical styles and emotions it conjures up is a testament to her achieving that goal.

The cover of For You and I features a photo of tower blocks in Ponders End, a place that James called home from the early 2000s until a few years ago. It holds many memories for her—it’s where she heard of her dad and uncle’s deaths, where she came out to her mom, and where she started making music. One of her final memories of living there was about figuring out what to do after high school. “[I] was finishing my GCSEs and I hadn’t done as well as I should have. I was proper freaking out on what to do next and what to study at that point,” she says.

After that initial GCSE score hiccup, she eventually attended a nearby college, where she learned about music production. When James started off making music, she was mostly inspired by jazzy math rock. Over time, she began listening to more electronic music and started producing the genre-spanning songs she does now. James is adventurous, frequently trying to “find new ways of producing instead of sticking to the same formula.” Her Button Mashing EP from earlier this year was a result of trying to make music that was out of her comfort zone. “I wanted to make something that wasn’t so pretty sounding and bouncy. It actually became one of my favorite projects I’ve worked on,” she says.

Compared to Button Mashing, making For You and I was something that came naturally to James. “I didn’t really overthink this album at all so I didn’t find it hard to make,” she admits. “Everything before [this album] hadn’t been as personal,” though. The ease with which she crafted For You and I speaks to how confidently she knows herself—and what she wants. While she may not feel comfortable being herself out in the world, when it comes to making music, she is fearless.