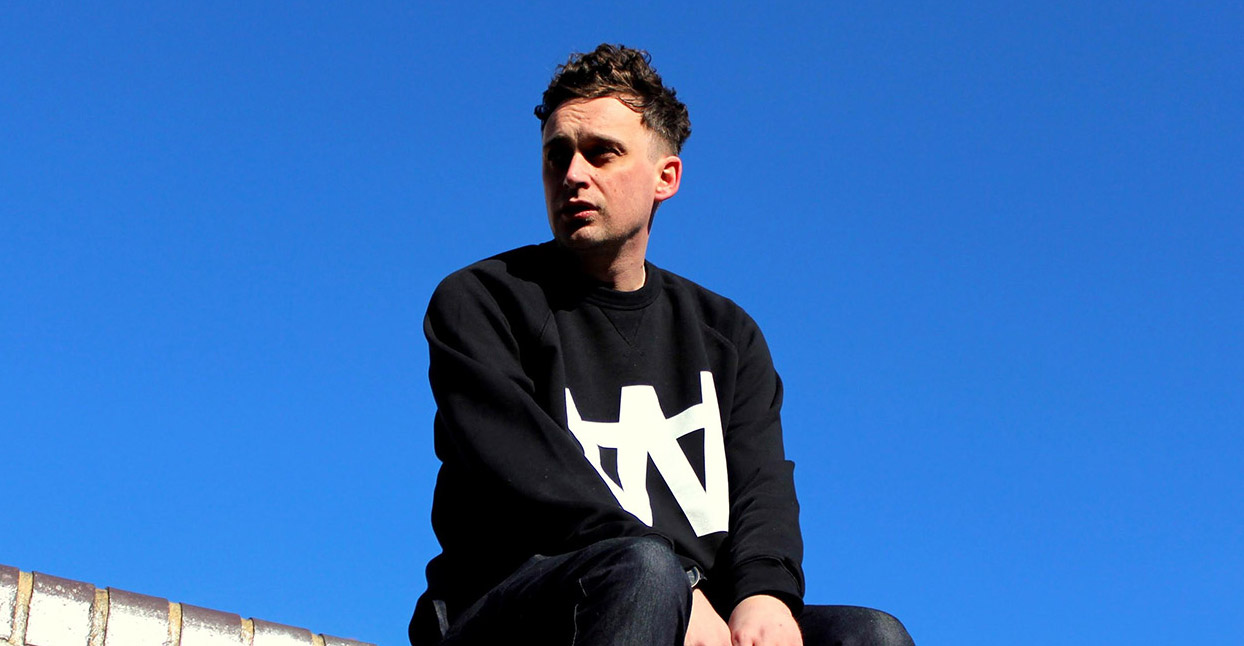 “It’s definitely not a rave revival record. I’m not trying to reference the past at all. It’s just that I’ve always been so into hardcore and jungle that it feels natural for me to use those.”

Nostalgic associations can be tough to avoid in dance music. For producers, small sonic building blocks often come loaded with baggage; using a certain drum machine’s handclap can conjure associations of classic Chicago house and the memories—or stories—of the clubs, characters and surroundings that led to its creation. For his latest album as Lone, Matt Cutler worked with the supercharged drum breaks first employed by members of London’s hardcore and, later, jungle scene of the early ’90s.

Levitate marks a change from 2014’s Reality Testing, which brought together woozy hip-hop production with Lone’s characteristically bright melodies. Cutler is firm, however, when he states that his intention wasn’t to look backwards on Levitate. “I wanted to use hardcore breaks as the foundation, but I wanted everything on top of it to be me,” he explains. “It’s definitely not a rave revival record. I’m not trying to reference the past at all. It’s just that I’ve always been so into hardcore and jungle that it feels natural for me to use those.”

It was while struck with illness in New York that the idea for the album came to him. Suffering with a fever during a few days off on tour, strange sounds drifted in and out of his head. “You can’t switch off, you can’t go to sleep, ’cause you’ll feel too ill,” he recalls. “And I just started hearing all this mad music pouring into my brain. I was hearing all these jungle beats, with sort of ice cream jingles over the top.” The ice cream jingles were ditched, but hearing jungle’s rapid-fire amen drum breaks in his delirious state opened up a starting point for his next album.

Thinking back to late ’90s material from Luke Vibert and Richard D. James—artists making dance long players with “tons of emotion, tons of melody”—he aimed to bend and twist breakbeats into an album more dense than any of his previous offerings, which had comparatively simple arrangements. It meant realizing his ideas for Levitate was more painstaking than before. “I knew it was going to be a lot more difficult in terms of the production. I wanted this one to be kind of an ode to Aphex Twin records I was listening to, with tons of ideas going on. So I was there for hours and hours until I got it right.”

The extra detail is audible, but the sounds characteristic to Lone—neon-bright synths, bittersweet atmospherics—are, too. Even if the pacing and style is different, small touches maintain continuity with his previous releases; be it a synth sound repeated from 2010’s Emerald Fantasy Tracks (spotted by Pitchfork’s review) or sampled YouTube videos from skateboarder Shawn Powers, there are innumerable small details which mark tracks as Cutler’s handiwork. Having that identity to his music, he explains, is partly down to elements he consciously adds.

“Part of it is that I intentionally want to put my stamp on things. I have techniques and things I do that I know sound like me, they’re intentional,” he explains. “And there’s another 50 percent that I don’t know what it is. But I feel that there are certain synth sounds, certain notes maybe, that I gravitate towards.” That grounding in his own style is closely linked to his desire to experiment from album to album. “I want to explore as much as possible. Because I think you can never make all the music in the world—there’s just too many avenues to go down. It’s endless. So I’m not just going to limit myself to, ‘I’m making techno music,’ or whatever.”

And while the threads running through his catalogue are clearly defined, so are the intentions guiding his approach to each entry. One of the factors shaping Levitate was its length: running for just 34 minutes, with explosive tracks like “Triple Helix” finishing as soon they’re settled into a groove, it’s pointedly short, but sweet. “I wanted everything about it to be quick, for even the title to just be one word,” he says. “I wanted to make something that people wouldn’t want to skip. The whole thing with albums, especially when there’s so much music coming out these days, is [that] you want people to listen to it from start to finish.”

It’s the connections that reach outside his music, however, that makes him wary. Uneasy with the ‘rave revivalist’ tag, he draws a line between his work and the sentimentality he sees in Jamie xx. “[He] did that album where it’s like ‘Everyone Raving Under One Roof Together’ or something, which is not what I’m doing at all. I wanted to do the anti-that—not that I set out to do the anti-that—but with no smiley face imagery or any of that.”

While its foundations—the drum breaks steeped in history—allude to the past, the identity Cutler imprints onto his inspirations is just as transformative. “I want to explore as much as possible but retain that thing which is me,” he says. Surveying the sonic identity that he’s laced through the style-hopping albums, it’d be difficult to fault him.