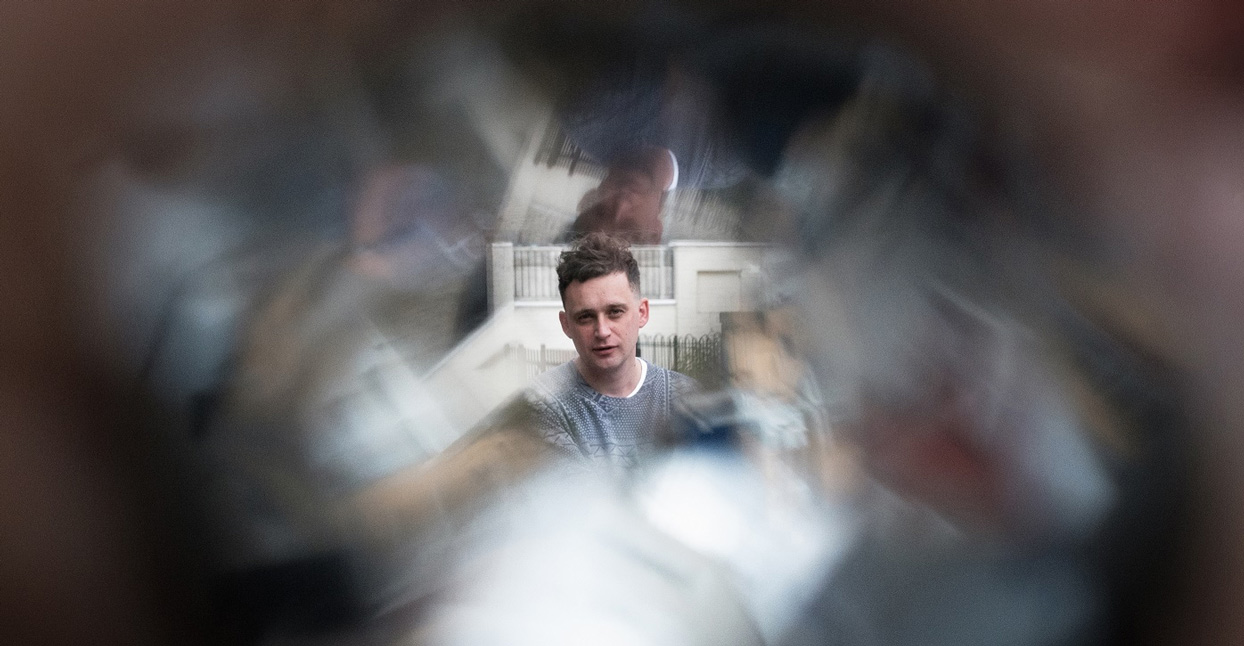 Back in February, Lone—the Nottingham-native producer born Matt Cutler best known for his fluorescent-hued house and neo-rave tunes on albums like Galaxy Garden (2012) and Levitate (2016)—put together a 50-minute set for the Feel My Bicep podcast. The mix was precisely what you might expect from somebody coming off that run: bumping house tempos, friendly vocal snatches, synths that sparkle in the night.

But DJ podcasts are so commonplace now that they function as snapshots—sometimes, quite valuable snapshots. That ubiquity also changes the function of the ever-smaller number of officially-licensed and released DJ sets, such as K7’s long-running DJ-Kicks series—which has enlisted Lone for its newest volume. The difference between the Feel My Bicep set’s comfortable niche and the rangier selections of Lone’s DJ-Kicks is immediately manifest.

“I didn’t want it to be a club mix at all,” explains Cutler over the phone. “I wanted it to be a description of things that have influenced what I’ve done since I’ve been putting music out, and what’s influencing where I’m taking it. I wanted to put in as much of my own stuff as possible, to give it some sort of context as to where I fit in to what this music, past and present, means to what I do now and what I’ve been doing the whole time. It’s a brief summary of everything I’ve done, really.”

Of late, what Cutler’s been doing a lot is DJing—mainly because he’d spent most of the 2010s playing his music live and wanted a change. “The live thing really came to a head with the last album,” he says of the tour behind Levitate, on which he employed Tom Scholefield, who himself makes colorful electronic music as Konx-om-Pax, to throw vivid animation behind the performances. “We were doing this stuff with a drummer and visuals, because it suited what that album was all about. But after touring so much, I’d had enough of that side of things. The reaction to that was making the kind of stuff I could play out in DJ sets.”

Twenty-seventeen has also seen the release of two Lone EPs on his recently regenerated label, Magic Wire, titled Ambivert Tools Volume One and Two. “I want to cover as many angles as I can, all under the umbrella of 4/4,” he says. “On the one hand, you’ve got a track like ‘Crush Mood,’ from the first EP, which is a 2am sort of banger in a warehouse. And then you’ve got ‘Mind’s Eye Melody,’ from the [second] EP, which is for a sundown set on a beach. It’s club music for different moods.”

Speaking of moods, one of the more unexpected turns Lone’s DJ-Kicks takes is near the end, with the arrival of the legendary Detroit electro duo Drexciya’s “Bubble Metropolis” (1993). Is this the kind of sound Cutler intends to pursue as Lone? “Not really,” he says, “but Drexciya is the main example of what I like in terms of that stuff. But I have thought about, for the next volume of the [Ambivert Tools] series, attempting to experiment with an electro template, maybe an 808-breakbeat sort of sound, as opposed to 4/4 house and techno. Drexciya is definitely the best example of that, to me. They’ve always been a beacon of that, I think.”

The other big musical surprise on DJ-Kicks comes right at the top: The mix opens with a clutch of hip-hop tracks by the likes of Camu Tao and Lootpack. That gambit is reminiscent of DJ Koze’s 2016 volume of the series, and like Koze, Cutler began his career making hip-hop tracks—in Lone’s case, the bent, fractured, glistening post-Dilla likes of Lemurian (2008) and Ecstasy & Friends (2009). “The hip-hop thing is always there,” says Cutler of his current work. “Hip-hop is the basis of everything I do, in a weird kind of way. No matter what I’m doing, I’m producing it from the angle of a hip-hop producer who would splinter off and do these mad different things.”

But while DJ-Kicks offers a kind of big-picture overview of Lone’s proclivities, Cutler’s own tastes as a DJ run toward the intimate. “What hyped me up is just DJing with my mates,” he says. “It’s just about hanging out and having fun, really. That’s how it should be. I’ve been recently delving into stuff from my childhood, really—playing records like the Black Dog, records that I’d never play out. But in the context of being at home, it really works. Generally, where I feel most comfortable is a small, dark basement club, to maybe 200-300 people, 1 or 2am. That is best for the productions I make.

“Other than that, I’m more into the idea of just DJing stranger locations—the beach in the afternoon, for example, which I’ve done a few times this year. Or when the sun comes down in the forest at a festival or something like that. It completely moves me into a different area of what I’d play. You can play with the rules a little bit more, and maybe incorporate more of a lot of ’80s boogie stuff—that can merge with stuff that’s really melodic and bright, can mix really well with early, primitive house records, as opposed to a dark room where you’ve got to bang it out a bit more.”

DJ-Kicks also has an unusual feature: around the 52:40 mark, as Drexciya ends, it fades out completely, only to return with Balil’s “Choke and Fly.” Is that Lone coming back for an encore? “Yeah, that’s exactly it—an encore,” he says. “I wanted things to be able to breathe. I want them to have their moment, in a sense.”