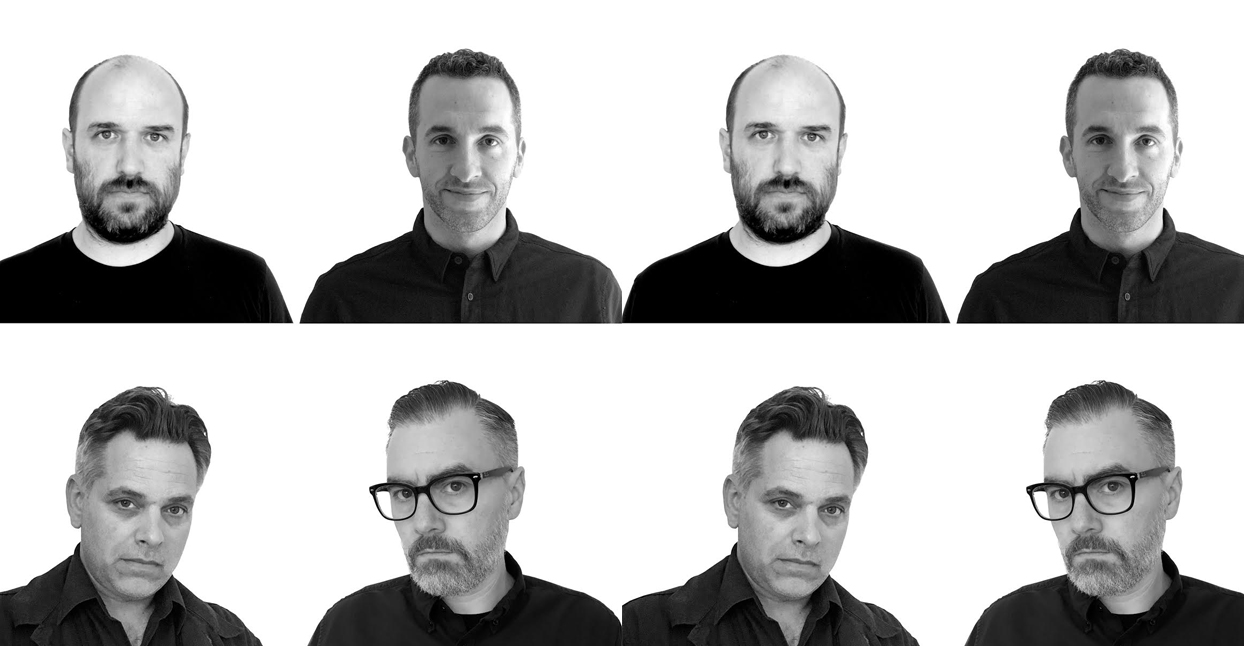 The four members of Lo Tom have operated within one another’s musical orbits for years. The number of bands they’ve each played in are too many to list (they’ve put together a helpful flowchart for those interested in untangling the genealogy) but the main points of intersection are Starflyer 59 and Pedro the Lion. To quickly thumbnail it: Lo Tom guitarist Jason Martin is the founding member and frontman of Starflyer 59, as Lo Tom singer David Bazan is for Pedro the Lion; drummer Trey Many and guitarist TW Walsh have played with both. But the resulting record, which they wrote and recorded over two weekends, sounds like neither band. Anyone hoping for the Sabbath-y shoegaze of Starflyer or the brittle indie rock of Pedro the Lion in Lo Tom would be advised to look elsewhere; instead, the quartet has made a record that sounds like Bob Seger being produced by Rick Rubin. Riffs are sharp and swaggering, the choruses are big and bruising, and Bazan has swapped his cutting prophet’s delivery for something meatier and more muscular. If this were the mid ‘70s, Lo Tom is the record that would blast from every parking lot smoker’s Camaro during lunch break. We chatted with Bazan and Many about the record’s whirlwind creation, and how the record was essentially just “an excuse to hang out.”

So, I know the four of you have worked in various configurations together over the years, but never all at the same time. What’s the genesis for this specific project?

David Bazan: I think it probably came from Walsh going out to work on a Starflyer record a couple of years ago.

Trey Many: It was the only Starflyer record that wasn’t on Tooth & Nail [Records]. He just hung around and helped make decisions, because he’s good at that kind of stuff. It was some time not too long after that when the idea came around, which started a text message chain. Which, by the way, is like most of the conversations we have: a super long thread of dumb shit that we say to each other. If I scrolled far enough back, I’m sure we could find the origin of the band. But then the challenge at that point was figuring out when we could all get together, since we all live in different parts of the country. We found a weekend later that year, which was, 2014 and then later, in 2016, we found another weekend, and we just converged on two different studios in Orange County and jammed until we found some stuff worth recording.

The way you describe the process sounds very loose and informal, which fits with everything I’ve read about the record so far. The cover art is almost deliberately absurd, in other interviews you’ve emphasized the casual nature of the project. Do you think you’re trying to deflect any urge for people to analyze this record too deeply, especially given all of your histories?

Bazan: That seems like it’s accurate to some degree, though I don’t know if it was conscious. To be honest, I don’t think any of us knew the project was working until I put the vocals on the first four tracks. That was when we all thought, ‘Yeah, this works.’

Many: It kind of goes back to the fact that the reason we were doing this was mostly to have an excuse to hang out. The reason we all met one another in the first place was making music and performing it, so if we wanted to hang out together, it made more sense for us to make a record than to, say, plan a fishing trip. So in the spirit of that, we didn’t labor over things the way we would in each of our individual projects. We were just screwing around a lot. The artwork is based on our original idea for the album title that ended up seeming too absurd. So instead of having an absurd album title, we have an absurd album cover, which I think works fantastically.

Well, now I’m obligated to ask what the album title was supposed to be.

Many: It’s verboten. We’re not saying. It’s like the bad guy in Harry Potter—you’re not allowed to speak it aloud.

So to keep on this subject for a bit: the project is casual, to the point where you banged the record out in two weekends. What do you like about working on such constricted timelines?

Many: I don’t know if I actually like it! [laughs] It would have been easier if we had the time to have three or four days in a practice space, and then have four days in the studio. It was hard to get the performances done in the amount of time we had. But I guess on the other hand, we live in a world now where musicians have infinite time and infinite tracks to make records, and I don’t think that makes anything better, necessarily. For us, the album was like an Iron Chef challenge, you know? Make this great meal in 30 minutes.

Bazan: It’s an extreme version of letting go of your expectations and letting go of your ego. Because I typically have a hard time rallying myself to do certain things, I went to Martin’s house to write the lyrics and record the vocals. I knew if I went there and was stuck in his backyard studio with nothing else to do but crank out lyrics, I would do it. So in the spirit of the record, I realized that’s what I had to do—write everything and record it in two days. For some people, that would be fine, but lyrics are really hard for me. But even though that’s not an ideal way to work, it does isolate your first impulses and your subconscious in a way that you couldn’t otherwise. For me, it was fun, because I got to try out this thing that was kind of insane.

Many: The first vocal session where Dave came down to write and record, Jason and I just sat in the garage hanging out, listening to Jesus & Mary Chain records. Every 45 minutes or so, Dave would poke his head in and say, ‘Hey guys, come check this out.’ It went on like that for seven hours, and then it was done.

I was wondering if that contracted timeline played into the fact that the record is pretty thematically consistent. Every song seems to center around a protagonist who keeps fucking up his life in some way. And he’s not malicious—you never get the sense that he’s bringing about his own demise. He almost seems hapless, in a way. No matter what he tries, his station in life never really improves. Were you conscious of that as you were writing?

Bazan: I wasn’t conscious of anything while I was writing—at least, not in that way, where I’m thinking of a story arc. I had white paper and a microphone, and I was just trying to string together words. For example, I wrote the chorus to ‘Bubblegum’ a long time before we had the rest of the song. So in order to finish ‘Bubblegum,’ the question became, ‘How do I write lyrics that have anything to do with this chorus?’ There was no time to look for connections. When you do this kind of work long enough, your brain just starts to connect those little pieces. I usually spend a lot more time thinking about the connections between songs. With this, there was just no time. I’ve never done anything that fast before.

One of the things that surprised me about the record is how indebted to ‘70s FM rock it is. I was wondering if either of you have any FM radio staples that you defend to the death.

Bazan: Thin Lizzy and ’70s Tom Petty probably enter into it a little bit for me. Walsh is a huge Neil Young fan—we all are, but he really brings the Neil Young-isms in writing and guitar playing. Martin is a mix between AC/DC and Sabbath, but then there’s this really classic, almost ’50s-rock vibe to his guitar soloing.

Many: There’s a surf rock influence, for sure. Some of that is filtered through the shoegaze versions of all of those things, like the way Jesus & Mary Chain and Swervedriver channeled that era of rock. I think that’s kind of the way all of us discovered music—you don’t normally go right to the source, you’re reading interviews and someone in Ride would say, ‘I love Can,’ and you think, ‘What’s Can? I gotta find Can!’ Then you go to the record store and buy the wrong Can record and think, ‘This is terrible!’ And years later, you realize, ‘Oh, that was the wrong Can record! Ege Bamyasi, that’s the one they were talking about!’ There are countless people who come up to Jason who say that they discovered My Bloody Valentine through Starflyer 59. You just find a band you like and you work backward.

Since you’ve all been working together for so many years, I was curious what each of you admires about the other members of the band.

Many: I admire Jason’s work ethic. His publishing company is called Blue Collar Music, and that, to me, is the best description of the way he approaches music. It’s not that he’s throwing out the art aspect, but he’s just like, ‘Yeah, man, I like to write tunes, and I’m just going to keep doing it forever.’ I think Dave’s got the most uncanny ability to come up with melody after melody after melody. Things that are immediately singable and memorable—he’s just a fountain of that stuff. Tim is the glue, with so many different things. He’s able to take so many different parts and ingest these little ideas into arrangements. A lot of what’s on the record are bits and pieces of songs that Tim [aka TW] half-wrote.

Bazan: He’s a consummate technician. He’s also got a risk-management mind, where he’s able to see what might go wrong and help take care of it. And then Trey—I haven’t been in a band with a regular drummer, especially a drummer who is a writer, in a long time, and it was just so great to be in that space. It just reminded me of how it used to be, playing music where you didn’t have to multi-track everything in a computer. I saw it the most in Trey’s drumming, the way he just made choices and wrote parts. It just turned me on to remember that that’s how things could go. And there’s an enthusiasm that he has that really brings it all together. The other three of us can get pretty negative, but Trey is the one who never goes negative.

Many: This is the first band I’ve been in that’s like the band I imagined when I was growing up. I thought this was how bands work: Four people with a bunch of guitars and drums, going into the studio, and songs come out. And when you’re a kid, you imagine, ‘They’re all buddies! They love each other!’ You find out later that actually, you know, Andy Rourke sued Morrissey for royalties. But this band is actually like that ideal—this band is the way I always imagined playing music would be.