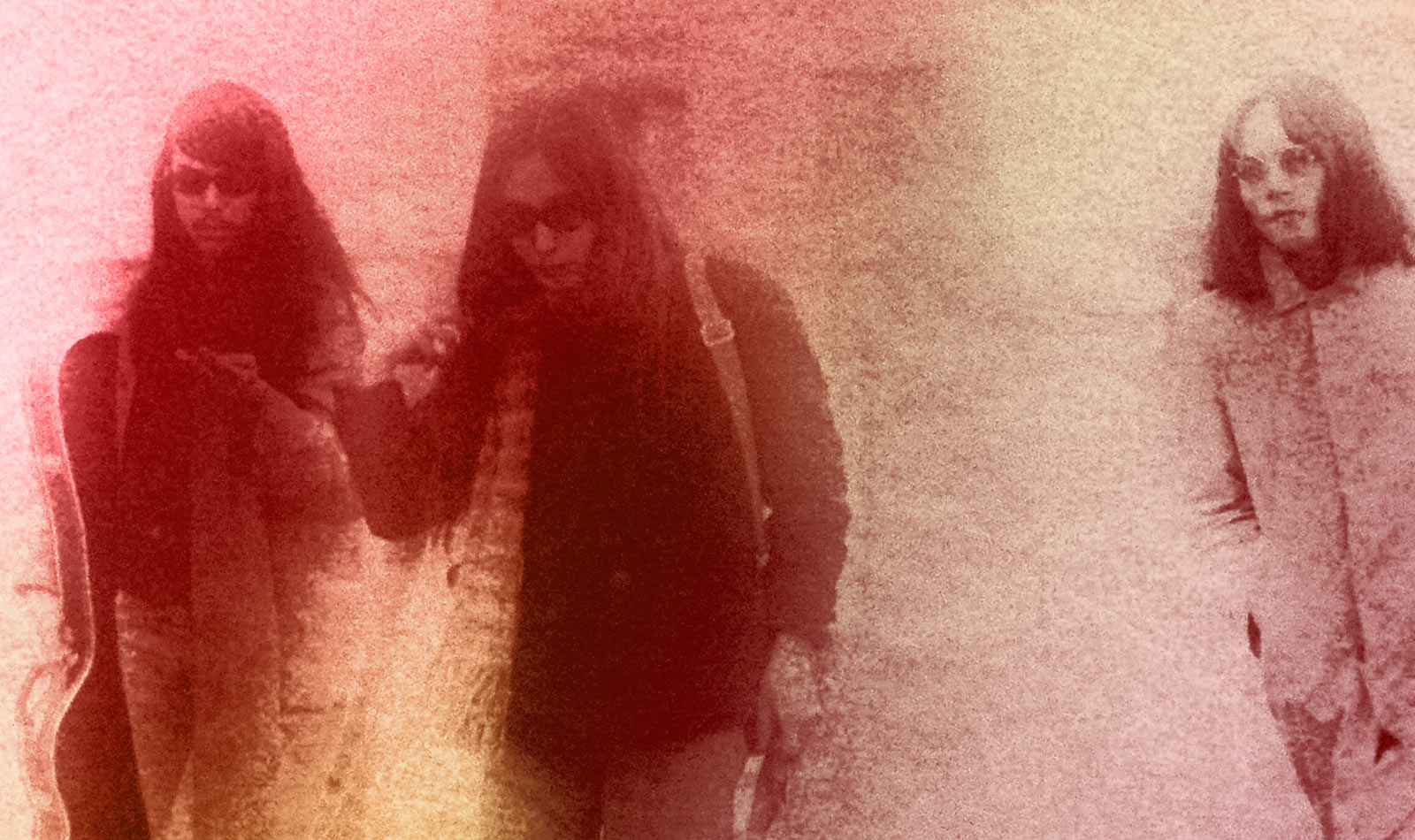 Les Rallizes Dénudés have existed as a mystery to many for decades. Encountering the underground rock group’s music usually meant stumbling across it through countless bootlegged records and CDs, MP3s uploaded to blogs, or grainy VHS live show footage uploaded to YouTube. Leader and singer Takashi Mizutani avoided the public eye and shunned interviews, leading to a gap in knowledge about a band that, over the years, has taken on revered status in musical circles. They could feel like a tall tale, less artists and more myth.

Mysteries, though, come from somewhere, and treating Les Rallizes Dénudés (or Hadaka No Rarīzu in Japanese) as pure legend does a disservice to their place in musical history. The OZ Tapes, newly released by Temporal Drift and put together with assistance from many connected to the band, marks the start of an effort to properly distribute and document Mizutani’s group, complete with detailed liner notes and comments from people in the Rallizes orbit.

“Everyone wants to set things right. There’s so much misinformation out there about the band,” Temporal Drift co-founder Yosuke Kitazawa tells Bandcamp Daily from a cafe in Tokyo, ahead of a listening party for the album.

The OZ Tapes features recordings Les Rallizes Dénudés made for a special private press record called OZ Days Live meant to commemorate the closing of the rock venue of the same name in 1973. That space—situated in the Western Tokyo neighborhood of Kichijoji and described by New Music Magazine as one of the only rock houses in the capital during this period, making it a vital location in the history of the city’s live music community—served as an early place to experiment for Mizutani and company, with the band becoming regular performers there.

“The OZ Tapes capture a moment in time of the band, at the start of their decades-long career,” Temporal Drift co-founder Patrick McCarthy writes over email. “For me, probably the most astonishing thing about these recordings is how fully-formed Les Rallizes Dénudés are. The attitude, the chaos, the beauty—everything is there.”

Only a handful of Les Rallizes Dénudés’ music ended up on OZ Days Live. Former OZ manager Minoru Tezuka held on to the rest, recorded to Scotch analog recording tape, for half a century before telling former Les Rallizes Dénudés member Makoto Kubota of their existence. That revelation came at a moment of great urgency for Kubota, and everyone associated with the band.

As relayed to publications such as The Quietus in 2021, the reclusive Mizutani called Kubota in 2019. Kubota had just returned to Japan from the United States where he was producing a film for Japanese folk artist Sachiko Kanenobu, and while there he had been stunned by how many people knew and revered Les Rallizes Dénudés. Save for a scant few official releases in the early 1990s, the psych rock group’s reputation had developed internationally primarily via bootlegs—which Kubota says Mizutani hated. They wanted to do something official.

Then Mizutani died shortly after, even though that information wouldn’t be made public until 2021 (and, in fitting style, be met with serious doubt from many fans). Later that year, an official Les Rallizes Dénudés website appeared, managed by a company called The Last One Musique, appeared, offering quotes from people associated with the band alongside the promise of providing “the music of Takashi Mizutani produced with precision and accuracy, with far more alive and striking sound than the bootlegs that have been circulating over twenty years.”

Kitazawa says he first met Kubota while he and McCarthy worked with the label Light In The Attic, working on projects such as the Kankyō Ongaku: Japanese Ambient, Environmental & New Age Music 1980​-​1990 compilation. They crossed paths due to Kanenobu, whose 1972 album Misora Kitazawa was helping to reissue. The two developed a relationship—with Kitazawa even interviewing Kubota for Aquarium Drunkard. When Kubota had the chance to bring the unearthed OZ recordings to the world, he turned to Kitazawa and McCarthy’s new Temporal Drift label to help do it.

One of the most important parts of The OZ Tapes—and a central principle of the effort to celebrate Mizutani and his work—is a contextualization of Les Rallizes Dénudés. Owing to a lack of information and a lead singer near impossible to track down, details about the group were scarce, and mythmaking filled the void (or an over emphasis on stories such as former bassist Moriaki Wakabayashi helping hijack a passenger flight, an interesting tidbit but ultimately such a small part of the group’s history).

“The story of Les Rallizes Dénudés is almost that of fan fiction. Fans know some basic details and the rest is conjecture and imagination. But this isn’t a bad thing. I think it is a clear indication of the level of love and obsession of Les Rallizes Dénudés’s fans,” McCarthy says, though he emphasizes that one of Mizutani’s goals near the end of his life was to “set the record straight.”

The liner notes included with this release focus on telling an accurate story of the band, rounded out by interviews and other supporting info. “It was a straight relaying of the story,” Kitazawa says, with no additional personal opinions on Les Rallizes Dénudés’s music weaved in. They also provide a setting, both in showcasing a physical space like OZ and how it shaped the band, and in how Mizutani interacted with other musicians in Tokyo’s small artistic world (such as Haruomi Hosono, who he played with on folk artist Masato Minami’s 1971 album Kaikisen).

Just as important, though, was capturing Les Rallizes Dénudés’ sound, both the psychedelic, slow-burning repetition and Mizutani’s more heartfelt moments. Both sides appear equally on The OZ Tapes, often intermingling and drawing tension out of one another. McCarthy views the music here as “a sort of blueprint” from which Mizutani would push forward over the next decades.

This is a starting point towards a larger story that the Les Rallizes Dénudés’s family hopes to tell in all its detail moving forward. The OZ Tapes helps clear the fog around the band and provides official versions of the group’s music, but does so without obscuring the sonic mystique Mizutani would cultivate, and so many would follow, in the years after.