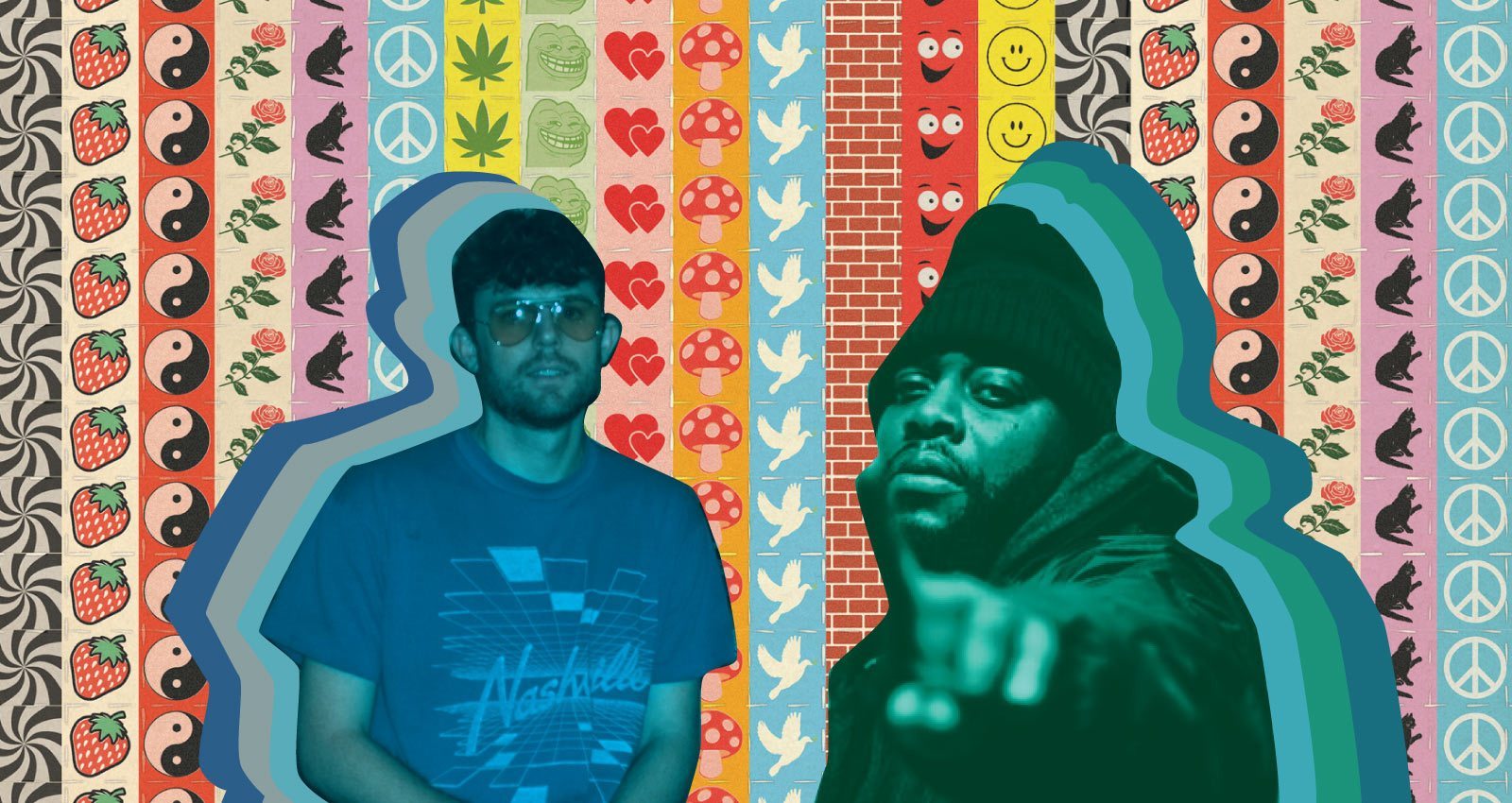 Over the course of his decade-plus career, Detroit rapper Guilty Simpson has become known for his occasional boastfulness and his unrelenting honesty. But more than anything else, he’s become the embodiment of Detroit’s blue-collar vibe. A close collaborator of the late producer J Dilla—a Detroit legend—Simpson has worked with underground giants like Sean Price, Paul White, and Sadat X, and released seminal albums of his own, like 2008’s Ode to the Ghetto and 2012’s Dice Game.

During a 2016 tour of New Zealand, Simpson was contacted by the local producer Leonard Charles, who was hoping to collaborate while Simpson was still in the country. “I ended up going to the studio with [Charles] and he had a really distinct sound—something I hadn’t really worked with before,” Simpson recalls. “It just fit. He was a cool, down-to-earth guy, and it was dope to be old-school and actually be in the same room rocking out.”

Charles has also been making music for well over a decade, collaborating with artists like Georgia Anne Muldrow and Grandmaster Caz, releasing solo material, and winning a New Zealand Music Award for his production work with singer Hollie Smith and the band Opensouls. He currently plays in the post-punk band She’s So Rad with his wife, and the guitar-centric approach of that outfit became the starting point for his collaboration with Simpson. “I had this idea of doing psych-rock, and I thought it’d be cool to have some real guitar-heavy stuff behind Guilty’s raps,” he says. “It just started working really well.”

The initial plan was to release an EP, but the partnership was so productive that it quickly grew to become a full-length: the Leonard Simpson Duo (or, you know: LSD). Released via Berlin-based Jakarta Records, LSD relies heavily on ‘60s and ‘70s acid-rock samples, drawing on music from Africa, jazz fusion, as well as some of Charles’ own compositions. And while there are a few moments on the record that sound like something you’d expect from Guilty Simpson, overall, Charles’ vibrant production gives the songs an entirely new dimension.

“I wanted to send more of a message on this record,” explains Simpson. “A lot of times people rap about things that just aren’t that important. Of course, I still have some hardcore songs on there, but I wanted to spend time addressing more of what’s important to me—like family, friendships, and relationships. I’ve dedicated so much of my time to the self-absorbed raps. It was good for me to make something that sticks to your ribs a little bit.”

At 14 tracks, LSD is punchy—jam-packed with Simpson’s candid ruminations on life set to Charles’ particular blend of psychedelic hip-hop. Bolstered by gritty piano chords and forceful drums, “Inspiration” details the things that keep Simpson going: “I’m inspired by Detroit y’all/ by the peaks and the pitfalls/ by the talent in abundance/ in that way, we’re so rich y’all.” “Friends” and “Message To My Ex” form a thematic pair of sorts, reflecting on relationships from their respective, eponymous perspectives—sentiment served two ways. Inevitably, Simpson articulates the Motor City mentality as well, rapping on “Nobody:” “Don’t let em’ get you off your square/ There’s more action less talk this year/ I create my own path/ Hard Work/ You wanna live this life? Get some heart first.”

Musically, songs like “Smokin’ Good,” “Nobody,” and the instrumental “Grass” shift effortlessly between elements of boom-bap, samples of New Zealand musicians, funk, rock, and big, orchestral arrangements, a protean sound owed to the album’s loose construction as a whole. “I jammed by myself a bunch to figure out the sound I wanted,” Charles says. “Then I would sample the parts I thought sounded especially hot. With the song ‘Smokin’ Good,’ for example, I sent Guilty a 15-minute jam and he determined what part he liked best and that became the basis for the song. Guilty would consistently pick beats to write to that I didn’t necessarily expect. It was refreshing to work with an artist that really seemed to be about the art first,” he adds. “He’s an honorable creative. I really liked that.”

From Guilty Simpson’s workmanlike rhymes to Leonard Charles’ free-thinking sound, LSD represents the power of global communication. “I didn’t do music to become Guilty Simpson and travel the world,” says Simpson. “I really used to do this to keep my head on tight and not shame my mother. To be able to get out here and really see people rocking with what I’m doing is really a great feeling. I don’t know if I’ll ever be used to it, but I think that’s what keeps me humble.”