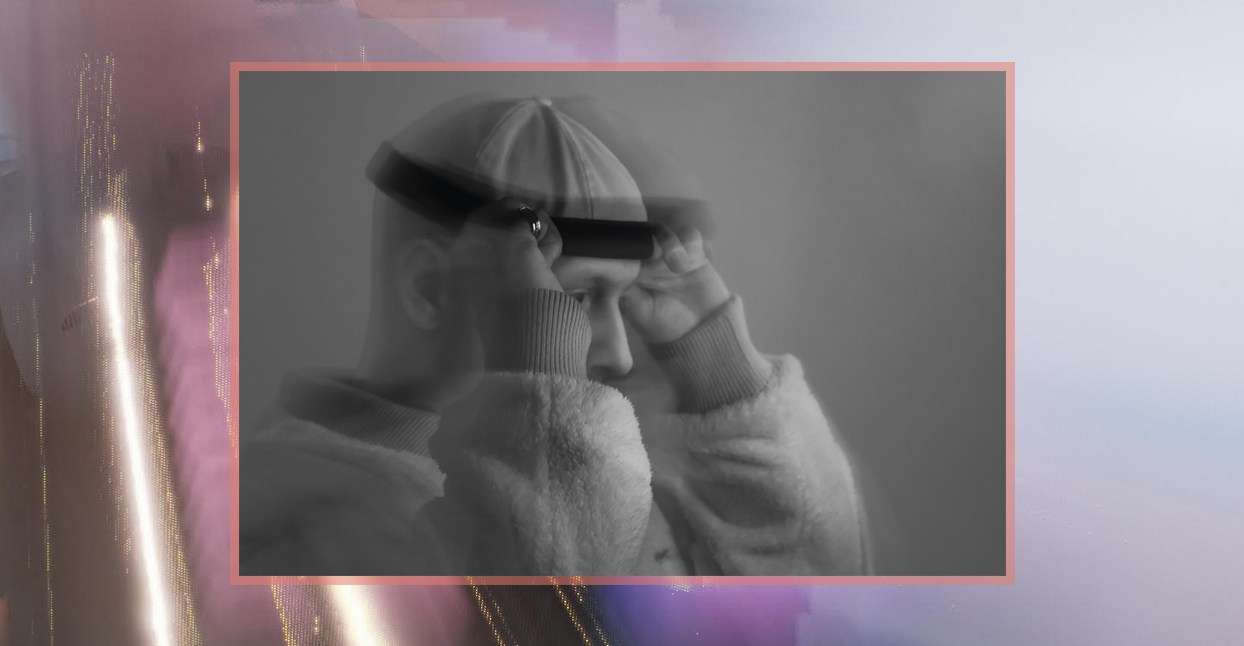 Lee Gamble, presumably like many of us, is overwhelmed and frustrated. There’s the constant barrage of commercial advertising flashing on his screens, having his data stolen and stored like the rest of us, Brexit tearing apart his home country, and the constant, unavoidable news cycle that’s reminding him of all of it a hundred times a day; He’s frustrated by being confronted with so many problems that it makes it difficult to know where look, who to blame, what to do. During the course of our conversation, the junglist/sound designer speaks with the same exasperated tone used by many troubled working class people as of late. “I feel like I’m just constantly being told what I should do, what I should think, what side I should be on. By being handed these choices it’s like you don’t even have to decide,” Gamble says.

Musically, his attempt to express these feelings comes in the form of Flush Real Pharynx, a triptych album set to be released in the form of three densely packed EPs over several months via Hyperdub. At its core, Flush Real Pharynx is a experimental electronic project about the blistering pace of the world and Gamble’s attempt to work within it, adapt, and hopefully, survive another day. On the first installment of the three-part record In a Paraventral Scale, musicality comes second to the rapidly moving hyper-computerized environment Gamble creates. On the second track, “Folding,” the sound of high-pitched bells soar by, untethered to the methodical hi-hats underneath them. The unmistakable sounds of jet planes, drones, and extravagant cars similarly push the EP forward in a dizzying yet beautiful manner; a conscious decision Gamble makes to demonstrate capitalism’s alluring array of commodities and its sometimes-violent repercussions.

Where on past releases Gamble would dive into certain periods of his life or the inner corners of his mind, on Flush Real Pharynx, he’s chosen to reevaluate the purpose of his work and confront the present. “I had this idea for Mnestic Pressure where I started to think about the way the world seems at the moment, highly politicized, especially being in the U.K. right now during Brexit,” he says. “Rather than have that overwhelm you and think ‘Oh my god, the world is going to shit. Climate change, the rise of the right, what’s the point of making 20 minutes of music?’ I needed to flip that. I wanted to start dealing with these things and use them. I wanted to come back and take a look at the world and use them, but not to say ‘Oh, how hellish it is,’ but rather to express how surreal everything is right now. How surreal politics has become. How surreal the world is.”

Even Gamble’s choice to stray from the traditional album format is a reaction to his perception of reality as quickening. On past records, by the time of its release, his work may have been several years old, lacking the cultural significance that he originally intended for it. The triptych format, partially inspired by the Irish painter Francis Bacon, seemed to Gamble to be the perfect configuration to counter the problem.

“It’s not a gimmick, for me it’s functional,” he says matter-of-factly. “We’re in this amorphous space of the internet, we have a borderless space to put music in. That means it changes at this incredible pace, new ideas come in, new art is being created; That’s what feels contemporary to me. Now I have these parts that are almost like how a traditional story is structured, with a beginning, middle and end, which maybe you’d lose on a single record.”

“Also, I’m able to keep working on the next two EPs while this one comes out,” he continues. “I can still add stuff to the other parts, which for me is really exciting. It feels like a bridge between releasing a vinyl album and releasing digitally, where you can just add something quickly.”

At the heart of In a Paraventral Scale is “BMW Shuanghuan X5,” a mesmerizing track featuring the sounds of two doppler-shifting BMW engines that are eventually buried under the weight of Gamble’s mechanical synthesis. As the piece progresses, a lush string section mimics the sound of the engines until the two are nearly indistinguishable. Named after a Chinese car replication company, “Shuanghuan” is more than a clever use of texture—according to Gamble, who is the son of a mechanic, it’s a crucial symbol of the project.

“Cars are symbolic of late capitalism… because a car can relate to Fordism, mass production, the idea of ‘a car for everyone,'” he says. “They can be functional; they can be made to appear masculine or feminine, made to represent nationhood. They’re commodities that are close to environmental change, land grabs, and taxation. Cars fit into the idea of an object of desire that’s always spinning around in front of you, and [are] always being advertised to us.”

On the final track of In a Paraventral Scale, “Many Gods, Many Angels,” ominous sounds float through Lee Gamble’s digital theater, ending the first part of the triptych on a curious cliffhanger. Only he knows what lurks beyond the cold, robotic edges of this album—and what’s to come for the story he’s building. Nevertheless, as a standalone work, In a Paraventral Scale remains an accurate representation of the seductive, destructive world we inhabit today: a would-be Eden where humanity’s doomed, as ever, by an charming serpent, an insidious foe we helped create. “The snake is about seducing people to buy an object,” Gamble says of the record’s timely aesthetic. “Capitalism is snake-like. It’s slippery, movable and at times very beautiful too, but also extremely violent. Part one is like a snake ready to pounce. Part two is the venom.”

Don’t say he didn’t warn you.