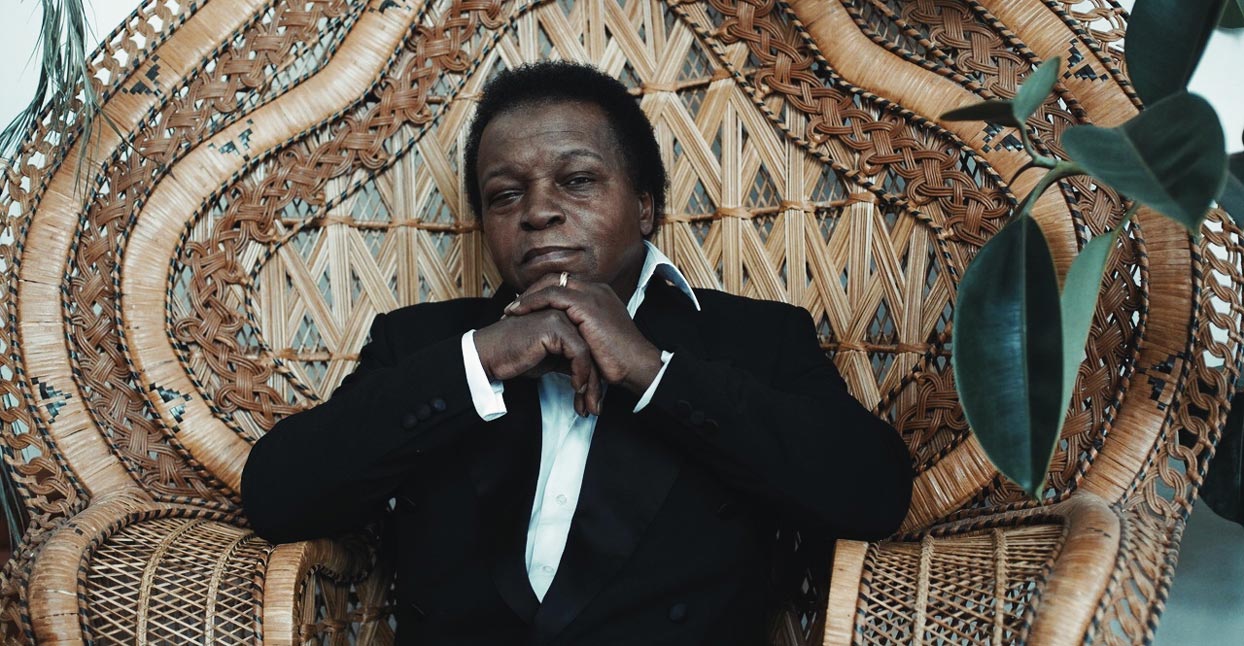 In 1969, when Lee Fields was 17 years old, he left his rural home in Wilson, North Carolina and boarded a Trailways bus to New York City with the $20 that his mom had given him and dreams of becoming a soul star. But Fields’s plan quickly hit a snag; soon after arriving at Port Authority Bus Terminal in Manhattan, he took a cab to a Brooklyn address where he’d been told he had a bed to stay. “The driver charged me $18,” says Fields, before letting out a laugh. “Back home, you get a taxi and go to the other side of town for 60 cents!” Despite only having two bucks to his name, things in New York City worked out for Fields, who’s now been recording and performing for five decades. His latest album, It Rains Love, is produced by Leon Michels of the El Michels Affair. It’s a 10-track project that solidifies Fields’s position as enduring soul royalty by pairing his emotive vocals with spirited and melodic backing tracks.

As a singer, Fields is blessed with a beautifully aching voice that thrives over soul productions that sound like they were laid down in a late-‘60s Stax session. When the “retro soul” movement sprouted in the late ‘90s, Fields got a career reboot, becoming a popular name in the scene alongside Sharon Jones and Charles Bradley (whom he considered friends before they passed away).

But before Fields relocated to New York City, he paid dues on the North Carolina circuit, earning $25 a gig—“good money at the time.” He picked up the nickname Little JB, due to a musical and sartorial resemblance to James Brown. After shows, he’d hang in local bars with soul and funk figures including Maceo Parker and Curtis Pope (who played trumpet for Wilson Pickett) when they passed through town on tour. When Fields opened for powerhouse R&B icon Solomon Burke, he recalls the singer telling him, “Son, if you ever get a break in life, remember one thing: Don’t go out being foolish with the fame you may obtain.”

Burke’s advice helped Fields navigate the ups and downs of a musical career that began taking off in the early 1970s. He made his first New York live appearance at 521 Club, then spent seven years playing venues all over the city, before releasing his debut album, Let’s Talk It Over, in 1979. But then disco became big. Suddenly, venues that regularly booked Fields to perform with a backing band only wanted DJs. “The show almost stopped,” remembers Fields. “Here it is, I’m not even 30 years old, and I’m done.”

Retreating from the music world, Fields used money he’d saved to buy properties in Newark, New Jersey that he could rent out. He considered opening a fried fish restaurant, but heeded the advice of his wife, who told him in no uncertain terms, “What do you know about fish?”

While Fields busied himself with real estate, some of his older tracks attracted the attention of Gabriel Roth and Philippe Lehman, record collectors who helped instigate the retro soul and funk scene of the late ‘90s. They signed Fields to their label, Desco. (Roth would later found Daptone Records.) Also recording for Desco was a 16-year-old named Leon Michels, who played with The Mighty Imperials; when Lehman gave him a mixtape of the label’s roster, Michels heard new music from Fields. “I was already listening to James Brown and Otis Redding, so the idea of somebody that could sing like that who was in my world was crazy,” Michels recalls. In 2016, Michels launched the Big Crown label, alongside Danny Akalepse. They persuaded Fields to record Special Night for them, an album typified by songs like “Lover Man,” where Fields pleads his romantic intentions over a punchy, horn-powered groove produced by Michels.

It Rains Love furthers the bond between Fields’s songwriting and Michels’s production, which he describes as “reverse engineering soul from hip-hop.” Michels’s technique is designed to capture the feel of an old soul song that a hip-hop producer like RZA or J Dilla has sampled and manipulated by changing the tempo and “sending it through all sorts of weird processes of tape” until it’s got a gritty but nostalgic appeal: the piano that opens Fields’s “You’re What’s Needed In My Life” sounds exactly like something that would inspire raps from Ghostface and Raekwon. (Fittingly, the El Michels Affair has released two albums that reinterpret Wu-Tang productions.)

Michels’s knack of taking inspiration from the past gives It Rains Love a timeless quality, which is matched by Fields’s ability to spin the small moments that occur in a relationship into full songs. Sequenced at the middle of the album, “Will I Get Off Easy” layers Fields’s confessional lyrics about coming home after staying out too late over wistful guitar lines and bittersweet horns.

When it comes to Fields’s part of the creative process, he says “love is the theme of all my songwriting”—but he strives to find “amusing and eloquent ways” to express sentiments that have been heard many times before. On “Two Faces,” he smartly uses the idea of a couple of card players double bluffing each other to comment on the dynamics of a romantic relationship. Having spent time with him in the studio, Michels says Fields’s gusto towards creating music is inspiring, citing “God Is Real” and “You’re What’s Needed In My Life” as songs that were written and recorded in 10-minute bursts. This enthusiasm is felt on It Rains Love, giving the album a zest and energy. As Michels puts it, “Finding someone Lee’s age who still gets giddy when you’re making music is really cool.”