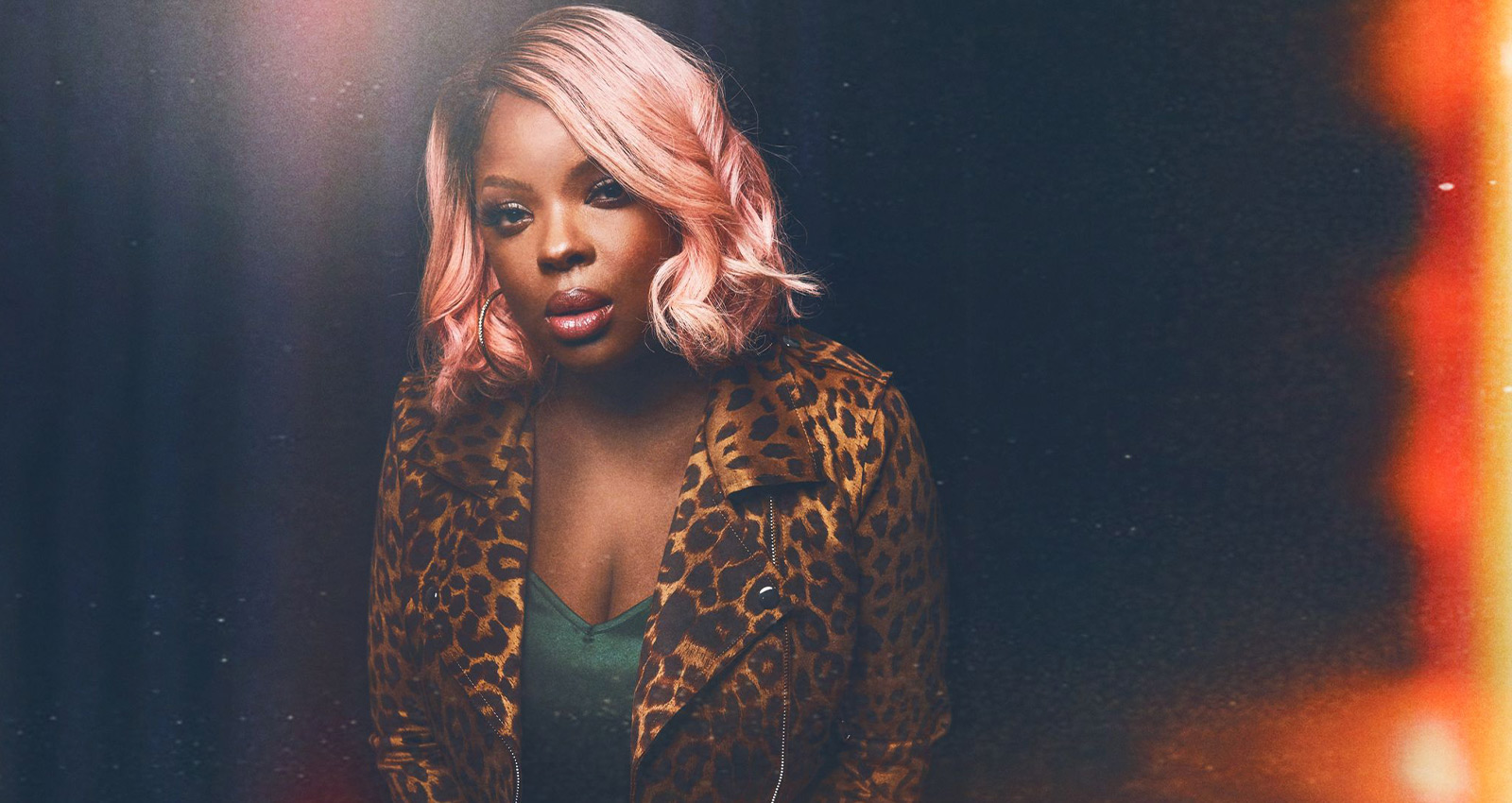 Nicole Wray can still remember that boardroom meeting in New York where she realized that her artistic ambitions were at odds with the music industry.

As the first signee to Missy Elliott’s Elektra imprint The Goldmind (plucked out of Elliott’s hometown Portsmouth, Virginia, no less), Wray’s 1998 debut single “Make It Hot” fell in line with her label boss’s sleek and futuristic vision for Southern hip-hop and R&B. But for Elektric Blue, the follow-up that never arrived due to creative differences, Wray told her label that she wanted to take a different direction. Inspired by The Miseducation of Lauryn Hill, Wray said, “I want a live band. I want singers.”

“They looked at me like I was crazy,” she remembers.

Piece of Me, her new sophomore effort as Lady Wray, is what she envisioned for her music back then: Melodies that take listeners to the Baptist and Pentecostal churches she grew up attending damn near daily; live instrumentation that balances ‘60s and ‘70s soul with the knock from ‘90s hip-hop; her version of Hill’s “Zion,” where she sings to the child she’s always wanted, bucking industry wisdom that a woman can’t chase superstardom as a mother.

After leaving Goldmind In 2003, Wray was to be the first female R&B signee on Roc-A-Fella Records. But founders Jay-Z and Damon Dash fell out shortly after the ink dried, though Dash stayed in touch with Wray. Eventually, he tapped her to sign backup vocals for his new favorite group the Black Keys on 2009’s rap-soul mashup Blacroc and 2010’s Grammy-winning Brothers. At this career crossroads, Wray found community.

“I was nervous,” she says, “‘cause when I first heard Dan [Auerbach]’s voice, I thought he was a heavyset Black man. Then I meet him, and he’s a white guy! I was like, ‘Your voice is so soulful,’ and he said the same thing to me.”

“It was refreshing to meet a group of guys that were doing live instrumentation,” Wray says. “You’ve got horn players dropping by, you’ve got piano players dropping by. You have someone coming in to shake a tambourine. And to get some amazing background vocals—this is something I’ve always wanted to do in the late ‘90s, early 2000s.”

Production-wise, Piece of Me is nostalgic for the era where rap and R&B first became bedfellows. Wray was pleasantly surprised when Michel pulled up instrumentals he made with her in mind—like the determined drum-and-piano shuffle in “Come On In”—because she never “beat him in the head” with the direction she wanted to take. “That is church, but it’s still got something funky,” she says. “Then he plays [title track] ‘Piece of Me,’ and it’s just hard, on some Wu-Tang Clan shit all day. He just read my mind, my soul, my spirit. I’m just like, ‘So he was listening.’”

When Wray cut the title track in 2018, she was eight months pregnant, and therefore unsure of how her next album would come together. “I had all these hormones, and a lot of stuff was happening around me,” she says. “Families have ups and downs, and one of my friends had a lot of drama going on, and I was just like, ‘I’m not going to deal with this.’” To those who wanted a piece of Wray, she said, “I hope you get the piece you need”—and turned that into a lyric.

Then positive feedback for “Piece of Me”—and by extension, Wray’s vulnerability—began flooding in. Her husband’s best friend’s wife, who Wray had just met, texted her: “I’m on my way to work, and I’m bawling.” A fan in New York, in the midst of a divorce and custody battle for their child, felt seen. So did Wray, for that matter.

“Let’s be relatable,” she says. “Let’s sing about something that everybody can understand. I’m about to be a mom. I have real life happening before me. And I’m not the only one going through that in this world.”

Wray invited two family members to join her on Piece of Me on songs that eye the horizon. On “Beauty in the Fire,” inspired by the deaths of Ahmaud Arbery and Rayshard Brooks in Wray’s current homebase of Atlanta, her father recites a King James Bible verse (“Upon the wicked he shall rain snares, fire and brimstone, and an horrible tempest: This shall be the portion of their cup.”) The song is a ballad honoring perseverance, and Wray couldn’t think of a better testament to survival than Kenneth Wray Sr.—former church singer, recovered drug addict, and just-retired welder. “I see people today that are just getting started in that fire,” Wray told her dad. “I want you to be part of this, because I’m proud of you.”

“Melody” honors (and features) Wray’s three-year-old daughter; her mother’s voice literally lights up and flutters at the mention of her name. “I know every new mom feels like this,” Wray says, “but for me, it’s always been about career. Career is number one, number two, number three. Back in the day I could have had kids, but it was taboo: Don’t get tattoos, and don’t have children. I’d just like to say that you can be a working mom and have it be glorified. You got Cardi B, you have Summer Walker. Lauryn Hill had Zion by Miseducation.”

But in order to move forward with her life completely, Piece of Me also had to help Wray find closure. In 2019, after filming a “where are they now” interview for BET, Wray headed to the studio the next day to record the song ”Where Were You.” Over scuzzy guitars, Wray flashes back to that period of boardroom meetings, where she was surrounded by the adults with whom she entrusted her future.

“I worked with many great producers and songwriters who gave me the courage to be amongst this industry, take the torch and keep going,” Wray says. “But—and I’m not going to name any names—I felt like a lot of the people I worked with didn’t understand that I was a young girl, who had dreams like maybe they had dreams. It really woke me up, to know that I can’t trust everyone and that not everyone is going to be my friend. I was thinking back to when I was 16, 17, coming into the business and getting a record deal right out of high school and remembering all the people who said they believed in me, but just dropped the ball.”

To all that, she sings, “Just a thought/ Should have invested in me, but you’re not smart.” For longtime followers trying to piece together where happened to Nicole Wray, that lyric is long-awaited confirmation that she and Lady Wray are one and the same. As for the singer-songwriter herself, it’s the final word on her past, merged with a sound that is finally hers.