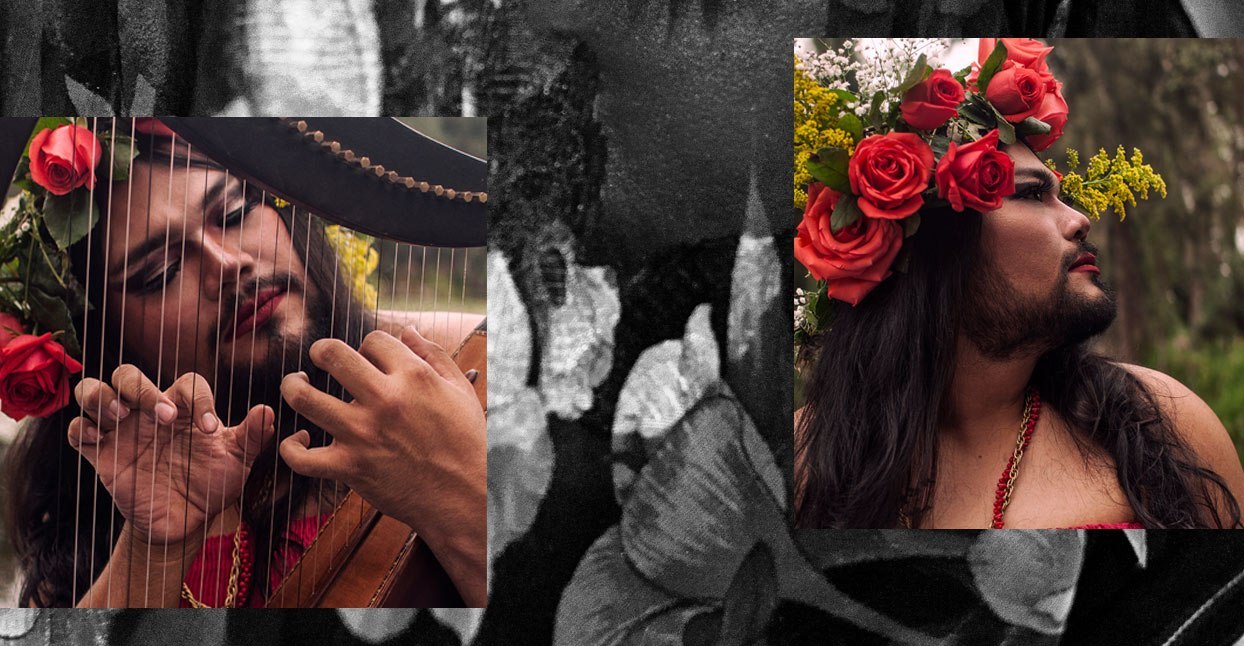 Origin stories don’t get any more thrilling or fantastical than that of Octavio Mendoza Anario, the artist who records as La Bruja de Texcoco (translated: The Witch of Texcoco). She had been hired to play violin with a group of friends at a party of concheros—traditional musicians who play guitars made from armadillo shells. That evening, in the middle of the event, a woman suddenly started convulsing. A curandero (a traditional healer) from the outskirts of Texcoco, a small town in Mexico, turned to Anario and delivered a plea: she must heal this woman.

“He asked me to do something, and what I do is music,” she remembers. Panicked, she strummed “El Pescador”—one of the hymns she’d learned gigging at Catholic masses as a kid—and her band chimed in. Miraculously, the woman got better.

The curandero then took La Bruja to the woods, and instructed her to identify herself to the demon she had expelled. “I am the Bruja de Texcoco [witch of Texcoco],” she told the dark forest. Prior to that night, she had identified as a cisgendered man. After that moment, she began to wear a flower in hair while performing, then a skirt, then a full face of makeup. Today, she is still understanding how her powerful trans femininity can be tied to both the music she makes as La Bruja, and the impact it has on her own personal life.

That’s how La Bruja sets up her debut album, De Brujas Peteneras y Chachalacas, speaking from home in Mexico City after a day of work. (When she’s not making music or performing miracles, she teaches music.) Her home—one of two stacked units she rents in Colonia Narvarte—is full of colorful items, like the guitar she covered with stickers of Sailor Moon, Steven Universe, and a trans Hello Kitty drawn by Mexico City artist Jovan Israel.

The weekend after the interview, La Bruja will hold an event celebrating the launch of her LP in Xochimilco, a canal town south of Mexico City. Around 100 adoring fans will board trajinera boats and set off for a nearby chinampa, one in a network of hundreds of man-made islands dating back to the pre-Colombian eras. The event, which we jokingly dubbed “Bruja Fest,” will go off without a hitch; but for the time being, there is the matter of renting a generator and figuring out who’ll bring the toilet paper. Thankfully, she has Octavio for these things; “I feel like Octavio is part of La Bruja. Octavio went to work and has money to buy La Bruja her dress. La Bruja is just waiting for Saturday to put on that dress. Triumph and shine! La Bruja doesn’t care.”

Among the album’s son jarochos and huapangos (two types of folk musical styles), La Bruja sings of her childhood, which was spent playing guest tambourine in her father’s gold-suited 1980s Acapulco tropical party band, and obsessively learning Vivaldi concertos and Mozart symphonies on the viola. In her early 20s, when La Bruja was confronted with classical music’s limiting academic hierarchy in Mexico City, the iron-boned orchestral structures and choral arrangements of her youth gave way to embellishment-driven, traditional Mexican styles. “At that age, I was all about technique, method study,” she remembers. “I was so sure of myself and damn! They rejected me at the Nacional three times, and they didn’t let me in at the Superior. The Conservatorio said I was too old. I was 21!”

But those roadblocks led to a fateful artistic recalibration. A music nerd enamored with learning the harp, La Bruja began to study with jarocho eminence Mario Barradas at Mexico City’s Casa de Música Mexicana, which he founded in 1990. The rhythms reminded La Bruja of her grandfather’s love of the Mexican singer-songwriter Amparo Ochoa. On the weekends, La Bruja began to hitchhike the country, to Veracruz huapanguera and Guadalajaran mariachi gatherings.

The five long, luxurious tracks on De Brujas Peteneras y Chachalacas weave together genres, reflecting the artist’s conviction that, even as a performer and interpreter of traditional music, she is not a traditional musician. But where the references for La Bruja’s music are vast, its core—a haunting voice which defies colonized notions that grant supremacy to Europe’s classical sounds over Latin American folkloric ones—is nothing if not solid. In some live gigs, she strips off her huipiles and vast skirts to briefly reveal the soft, round body beneath. Lyrics about witches’ brews and mermaids on solitary seas, femme anti-heroines both omnipotent and doomed, awaken the listener’s need to question their own standing in relation to tradition, and to decide which legacies they must dig into and which to cast away. “Despite the fact that Mexican culture is very macho, very misogynist,” she says, “if you cross into its magic the discourse is different.”

Producer Luis Perez Ixoneztli, multi-instrumentalist of international folkloric group Huayucaltia, broke up De Brujas Peteneras y Chachalacas with cleansing interludes of nature sound. Opening huapango “Té de Malvón” features cheerful, recuperative violins accompanying a poem written by Nahuatl poet Mardonio Carballo, and an ode to a geranium tea that saved La Bruja’s voice from a post-breakup muteness. On “Laabe Muxhe,” every instrument—viola, violin, violoncello, and harp—is played by La Bruja. The song is based on a son istmeño, a music genre originating from the Isthmus of Tehuantepec region, by the composer Santiago Bernal, and sung in the indigenous Zapotec language. It’s sung from the perspective of a beautiful muxhe who shares secrets and dances on forgotten nights—it seems to be a song made for La Bruja.

“Suite Aquelarre” is built on chamber music, flutes, and a rather baroque décima, a 10-verse form popular in traditional Mexican music, here used to tell of growing certainties; “And if I die, bury me in a women’s dress.” De Brujas Peteneras y Chachalacas closes on the sad, freeform jazz horn of “Nahual Papalotl” and its Babylon outerlude of dialogue, which La Bruja refers to as her manifesto. Its snippets are meant to be felt: “The end of the party”; “I was able to change the wind”; “This is why you’re here”; “Everything that happened before, during, and after.”

“I want to be a different kind of woman through music,” La Bruja reflects softly. “Me, the only thing I want is to be always searching.”