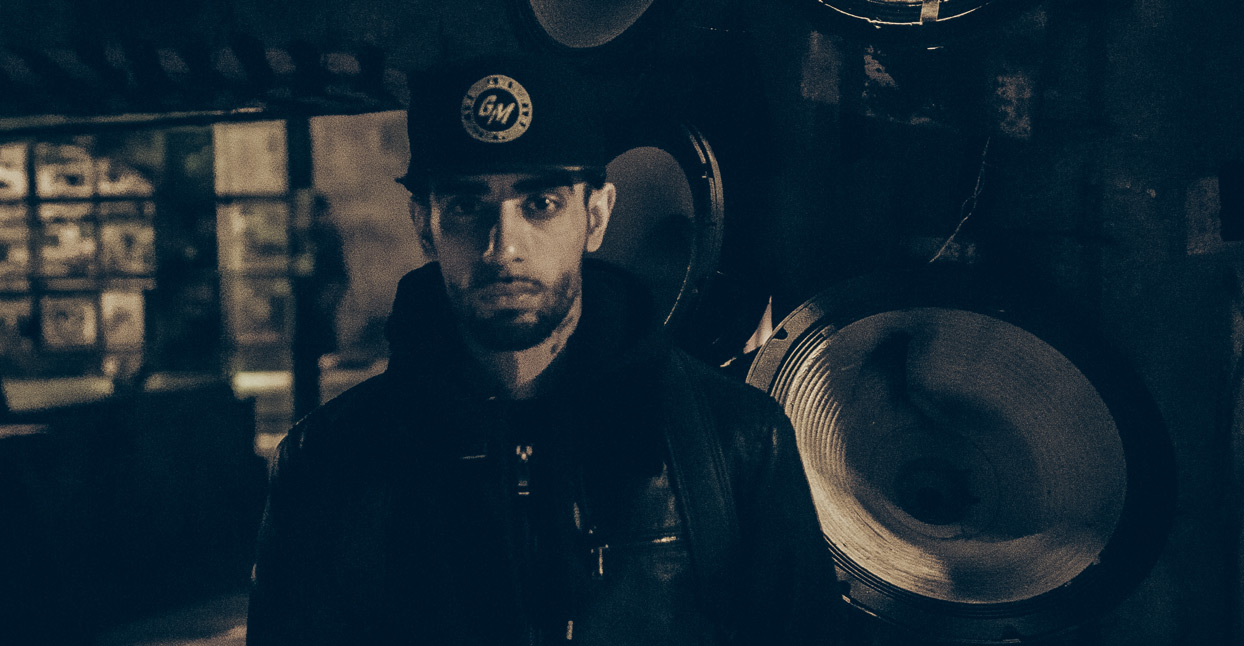 As an artist, Ricky Kalsi’s first entry into dubstep came in 2005, with his Heavens Reject EP. But as a music lover, he was there from the very beginning. In 2000, Kalsi was still an aspiring young MC growing up just outside Croydon, quietly soaking up U.K. garage’s dark transformation into dubstep and grime. He would regularly visit the famous Big Apple record store, which is often credited as the birthplace of dubstep, and is the place where the genre’s founding artists would congregate.

“I remember them all hanging out there, talking and having a laugh. I wish I stayed around and talked to people,” says Kalsi. He was so inspired by the early proto-dubstep records he was buying from Big Apple—records by the likes of El-B and J Da Flex—that he put rapping behind him, traded his mic for a Mac, and within three years he was releasing music on some of the genre’s most influential labels, like Hotflush and Deep Medi Musik.

He’s remained on the 140BPM frontline ever since, first as IronSoul (a more grime-oriented alias that remains just as vital today), then as Kromestar a year later. There have been other aliases, such as Dark Knight and Droid, but it’s under the Kromestar alias that he’s been the most prolific. An alter ego renowned for both consistency and contrast, he’s explored every avenue of dubstep, from devilish bass (“Mere Sher”) to mystic bliss (“Devi”), or any fusion in between. “I didn’t know how to go about it all back then,” he says, discussing his early days as a musician. “I didn’t know about agents or collaborations or much about the studio. I just loved the music. I’d go in, get the tunes, get home, and buzz on them. I was never a ‘stand around and talk to people’ guy.”

On the phone, Kalsi comes across as anything but a “not talking to people guy.” He seems friendly and funny, and he buzzes with the kind of inspired energy common to artists experiencing a creative peak. Like anyone, Kalsi’s mood ebbs and flows. There are many days when talking to people is the last thing on his mind, and the only way he knows how to fight his dark moods is to retreat to the studio.

“Music is my only way of expressing how I feel,” he says. “I don’t really talk to people about my problems or emotions. But when I make a song, I feel so much better. Put it this way: when I when I write tracks like ‘Unikron,’ I’m in a foul mood.”

“Unikron” is just one of the many remarkable bass compositions Kalsi’s released over the course of this past year. January’s Alpha Seven was an EP of mean, minimal riddim-edged club bangers (many of which had been incubating on unreleased dubplates for years). He followed it with Visions, a collaboration with respected Munich beat sculptor Danny Scrilla. It’s a boundaryless electronic saga, sitting somewhere in the hinterland between garage, techno, dub, and downtempo. It was also created entirely over Skype. “We made a track a day,” explains Kalsi. “Ten in the morning to 11 at night, just sending over ideas and hooks, layering things and going back and forth. It was a mad experience learning how to translate things down the wire.”

Kalsi’s true stunner, though, was Against All Evil, a powerful, dramatic orchestral EP, that transcends any rigid genre limitations. The result sounds unlike anything he’s created before. “I wanted to close the world out for a while,” Kalsi admits. “I was drinking, smoking, I was in a weird place—a place I hadn’t been in years. It was strange. But the music pulled me through it. It always does, man.”

Music has pulled Kalsi through some of the darkest places imaginable. There are subtle parallels between Against All Evil and the beatless whirlwinds that open and close his heartbreaking 2013 album Tears Of Joy, which he wrote in memory of his son who passed away. “That was a totally different feeling,” he clarifies. “I actually forgot what it felt like to make Tears Of Joy. I can’t remember making the project at all. And once I made it, I didn’t listen to it again. I couldn’t listen. I’d get those feeling again. And I made the album so that I’d never have those feelings.”

An album from his past that he can listen to, however, is his debut LP My Sound. A 2008 release that compounded his role and reputation as an inventive and diverse dubstep artist, My Sound still sounds relevant and interesting 10 years later—so much so that it took Kalsi by surprise when his wife played it recently.

“She was listening to something and I was like, ‘What the hell is this? This is mad!’ She said, ‘It’s your album!,’” he laughs. “I was like, ‘Woah, I’d never do that now. I’d never engineer things in that way, or use those particular pads. That’s mad! I need to go about things in that way again.’ It’s inspiring shit, man. We get stuck in our ways in the studio sometimes, don’t we? You need that wake-up call sometimes.”