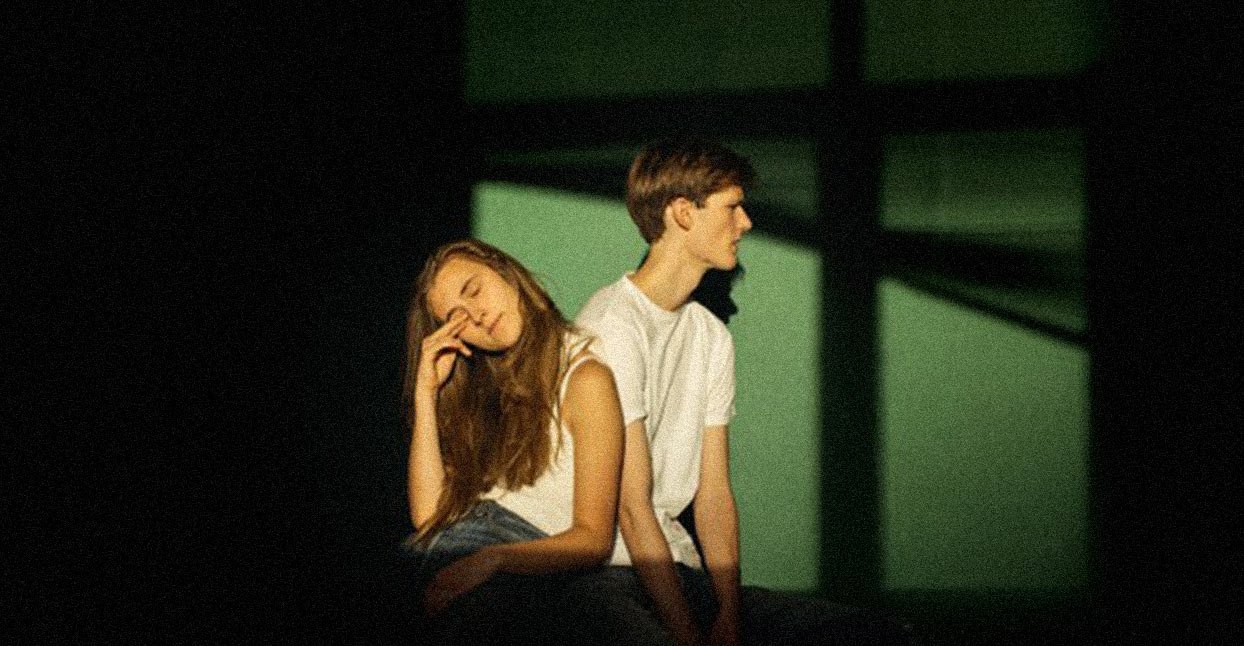 Before Eirik Vildgren and Jenny Marie Sabel were Konradsen, they were high school classmates in northern Norway. Both spent their adolescence tinkering on their family’s pianos. When they relocated to Oslo after graduation, they played together in a mutual friend’s band. The casual acquaintances quickly became friends and collaborators, and ever since then, they’ve spent a good chunk of their time creating music together. Their debut album, Saints and Sebastian Stories, creates music from disparate audio samples, home videos, bits of conversation, and delicate piano lines.

“What comes naturally for me is making very calm things and nice sounds,” says Vildgren. “I could sit for hours just finding sounds. At a point in making the record we had to be like, ‘OK, now we can’t make sounds anymore. We have to make songs.’” After one listen to Saints and Sebastian Stories, the scene isn’t hard to imagine: The album sounds like an audio scrapbook, held together by traditional and modern instruments, and masterfully mixed by Tom Carmichael, the prolific producer who’s known for his work with Kendrick Lamar and Haim. The album is full of surprising musical turns, like the sudden eruption of a chorus and the burst of a tenor horn on “Red To Rhyme.” “Roasted,” a song about a decaying love, opens with a pulsing synth line, creating a steadiness that eventually gives way to a chorus of voices singing, “Hold my hand our love is ended,” as a saxophone booms. “No One Ever Told Us” recounts youthful insecurity via a calm, contained melody. They invited friends to join them in the studio, like tenor horn player Thomas Whittington Tengelsen, who the band had previously known only as a friend of Vildgren’s younger brother, “We really try to create a space where they can [do their thing] which I think is important,” says Vildgren. One particularly successful moment comes on “Warm Wine,” a song written and performed entirely by Erlend Vesteraas, a friend that Vildgren and Sabel invited to the studio to experiment. Vesteraas handles the song solo until its final moments, when a drum beat and vocals from Sabel suddenly enter the mix. The two musicians blend seamlessly, giving it a communal, familial feel.

Though Konradsen haven’t played many live shows, they’ve tried to make sure each one was a distinct experience. They’ve performed in churches, and have occasionally enlisted visual artist Eilif Fjeld Teisbo, who directed their “Television Land” video, to create live visuals. By day, Vildgren works as a church organ player, Konradsen design their shows to be a similarly joyful, communal experience.

By focusing on organic collaboration, Konradsen were able to honor the many communities that have shaped their sound. “It’s such a cliche but you have to make something that’s honest and comes from you,” Vildgren says, explaining the importance of nurturing social spaces to create in. “To do that you have to decide what you like and what kind of settings you enjoy spending time in.” Through their commitment to these collaborative relationships, and to vulnerable, evocative lyrics, Konradsen celebrates the experience of bonding with others, through all its ups and downs.