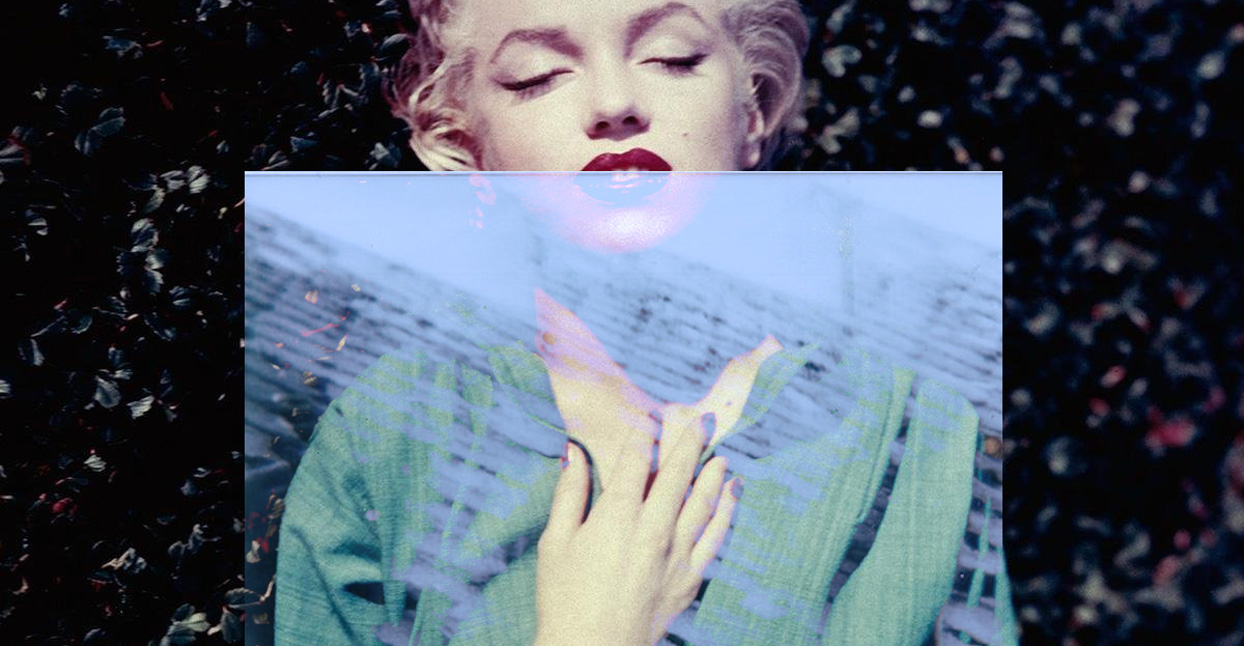 From April 2014 to April 2016, Chris Edwards became so consumed with his mind-boggling, massive, nine-album project, Songs of Love and Pain, that he became superstitious and afraid he would die before it was finished.

“It’s all I cared about,” the Canadian lo-fi indie songwriter, who records under the moniker Kkidss, says, his voice low-key and measured. “I stayed away from anything dangerous. I didn’t want to be on an airplane. I didn’t want to travel. I told everyone, ‘I can’t come visit you ‘till I finish my album.’ When it was over I felt like, ‘OK, I can die now.’ It was really a relief.”

Musically, Edwards’s work recalls the gorgeous, chaotic stylings of Sebadoh, Pavement and Lou Reed. Many of the songs feature Edwards alone, singing somewhat disjointedly while strumming his guitar, a contrast to his even-keeled, unexcitable personality. Other tracks feature a full band, for a disheveled ‘90s indie-rock vibe. The lo-fi recording has all the requisite elements: tape hiss, moments of white noise, wavering warped speeds, the sound of tapes rewinding and, quite often, Edwards saying the name of the song at the beginning of the track. These details seem to enhance the honesty of each song. Throughout the album, Edwards jumps from pure pop to strange experimental territory, and everywhere in-between.

“As I listened to Kkidss, it was as if I just happened upon an artist’s private diary or sketchbook. The music just struck me as really raw-no bullshit,” says Mike Adriani, whose small indie Rok Lok Records released the first three records in the Songs of Love and Pain series on cassette.

The nine separate albums were released, one at a time, over the course of a year, from April 2015 to April 2016. The project presents Edwards at his most vulnerable, documenting the lowest point of a volatile relationship. He says he cried as he wrote and recorded some of the material. It was the most intense relationship of his life—on again/off again during the two years he worked on Songs of Love and Pain. He felt trapped and confused by himself, and his own crazy feelings. (“It was just a broken heart, like it physically hurt”). Edwards manically demoed more than 500 songs in over the course of the relationship. Initially, he saw this as an 18-album series with 18 songs per album (a total of 324 songs), but later realized that goal might be too lofty. He distilled his entire body of work into nine albums, for a total of 162 songs. Edwards re-recorded many of the songs from the year before, wrote new tracks, and put a few of his original demos on the albums.

“For a while, it was tough to get him out of the house,” says long-time friend Jason McLean. “You had to go to him, fit into his schedule. People had to go out of their way to see him.”

Prior to working on Songs of Love and Pain, there was a period of six years where Edwards struggled artistically, but he describes this period of his life as being “comfortable” and “happy.” (“I guess I didn’t feel as much contrast or meaning.”) He was just as prolific when he was younger; between the ages of 19 and 25, he recorded and releases 15 albums. He says he’s proud of those records, but is also a little embarrassed by the singing and the lyrics, which didn’t dig as deep as he would have liked. For this project, he wanted to write lyrics that were more meaningful, but felt stumped to think of anything that resonated. So instead, he devoted his time to writing and recording instrumental pieces, often deleting everything he’d conceived, in a state of dissatisfaction.

It wasn’t until an experience with psychedelic mushrooms that Edwards realized he was overthinking it: Music is about relationships. “It’s not just between a guy and a girl,” Edwards says. “Nothing means anything by itself. Contrast is meaning.” It was then that he looked to his own failed relationship for inspiration. During the next two years, Edwards did little else besides go to his job, work on music, and tangle with the drama of his day-to-day relationship.

“I feel like it’s a documentation more than a story,” Edwards says. “It was a way of coping for sure. I was lucky that I was able to do that instead of keeping it all inside.”

Many of the album’s songs dwell in inner darkness (“I hate myself, but I love you.”). To listen to the entirety of the nine-album series is to get an image of the extreme highs and extreme lows of a volatile relationship, and the way those contrasting feelings can sometimes coexist (“Love is suicide, but it feels fine”). In all the songs, he expresses a childlike naivety, as though he’s so lost in himself he doesn’t see anything other than what he is feeling at that exact moment. (“When you’re in love nothing evil can touch you, ‘cause the pain that is love grows the most power like a flower.”)

Despite the overt lo-fi aesthetic, Edwards is actually a trained recording engineer, but felt studio sheen might rob the album of its immediacy. He sold all his expensive gear, and replaced it with the cheapest items he could find in thrift stores, like handheld tape recorders and a tape four track. Edwards says recording lo-fi was necessary in order to capture the essence of this record: spontaneous, and emotionally-confused, a raw transcript of his heart. Taking time to set up mics or go into a recording studio wouldn’t have allowed for such an honest expression. But because Edwards is an experienced producer, his raw skill shines through the tape hiss and the off-kilter performances.

The lo-fi medium created plenty of “happy accidents” that add to the character of the records—like one one song, where Edwards sang the wrong melody, but ultimately thought it sounded better. On another—he can’t remember which one—a tape busted. He and his friend repaired the tape, but the song had a slightly warped sound to it. Edwards like it better that way.

If you listen closely to the entire series, you might hear little snippets of Madonna, Whitney Houston, or classical music in the background. Edwards recorded onto random cassettes, and sometimes the original music bled through. “I’d always keep those accidents,” Edwards says.

Since Edwards wrapped the Kkidss project a year ago, he’s been working on new material. He’s pretty sure he doesn’t want to release anything else under the Kkidss moniker, though he doesn’t rule it out. The relationship that inspired the nine-album series ended shortly before finishing the last couple albums. (If you notice, the last few albums get more optimistic in tone.)

He’s been in a more stable relationship since then, and has been lately experimenting with instrumental tracks. He feels he’s on the verge of something new, though he’s not sure what it will be like.

“I’m looking to develop a new catalog like I did before I did Kkidss,” Edwards says. “It’s going to happen when it’s ready. It’s not going to be about being tortured, because I don’t really feel tortured anymore.”