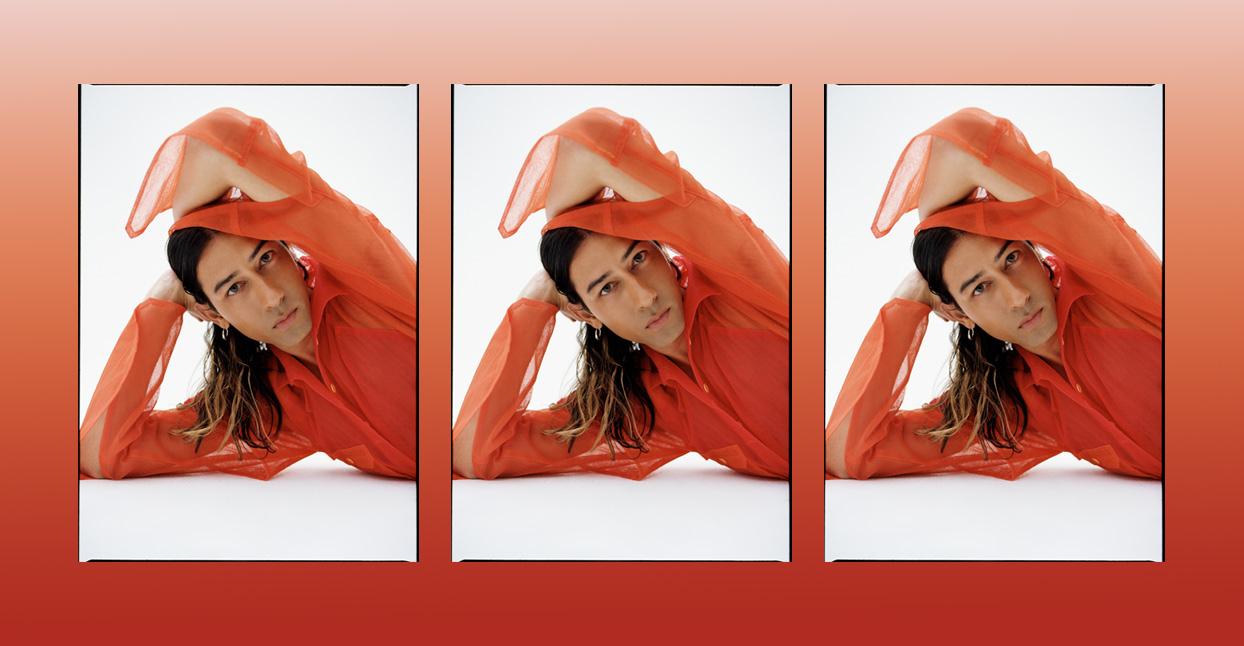 Kindness, aka Adam Bainbridge, journeyed to Johannesburg, South Africa in November 2016 for the annual Black Portraitures conference, returning to the country where their grandmother was imprisoned under apartheid for a decade. “That was the first time since I was a baby I had wanted to go back,” they say.

In between cathartic family visits—they’ve got British, Indian, and Malay roots as well—the accomplished R&B-pop artist worked with local Black South African artists, like Samthing Soweto, to set the tone for their ambitious new full-length record, Something Like A War. The album is named for Deepa Dhanraj’s 1991 documentary, an appalling yet beautifully crafted portrayal of India’s family planning program, which used government funding to forcibly sterilize millions and perform unsafe abortions on millions more. And while the inherited trauma of these events certainly trickles down into the film, Bainbridge is more concerned with the way these marginalized and minority communities flourish and thrive in the face adversity⁠—their search for self-acceptance and self-fulfillment in a world seemingly fueled by aggression and hatred. “Build your people / Make them equal / Raise up your different ones,” Bainbridge sings out, leading a chorus of voices on the record’s most recent single.

Bainbridge recorded the bulk of Something Like A War in New York⁠, laying down demos, vocals, and more complex instrumental arrangements between Red Bull Music Studios and their shared NYC studio with Dev Hynes. From there, Bainbridge began curating a cast of spectacular, soulful talents to bolster the album and satisfy their desire to make music with other marginalized artists: elusive R&B icon Jazmine Sullivan, South African jazz vocalist Vuyo Sotashe, and Stockholm-based singer Seinabo Sey, among others. The added contribution of local young jazz players like Mathis Picard (piano/keys), Braxton Cook (saxophone), Kyla Moscovich (trumpet), and Jeffery Miller (trombone) deepened these grooves, while Arthur Russell’s musical partner Mustafa Ahmed (who plays percussion throughout the record) helped Kindness tap into the city’s intertwined history of jazz and disco.

“I feel like a lot of artists have a ‘New York’ record, even if they’re not based in New York,” Bainbridge says. “Sometimes there’s a track in their catalog, or an LP, which specifically captures a moment in time or the musicians who are on the scene at that moment.” That sense of community often defines the way Bainbridge collaborates, with thoughtfulness, intimacy, and great appreciation.

“I remember meeting Kelela just before her album, when she’d done that mixtape for Fade To Mind, and I remember thinking, damn, I am so lucky to be meeting this artist at this moment in their career, because as soon as she blows up it’s going to be impossible to see her again. I kind of feel the same way about [jazz pianist] Mathis [Picard]. It was amazing to meet someone at that point, where they still had the time to collaborate,” they say. “He understood the exact voicing of chords that I was looking for, and where the pocket was. Honestly, in that moment, I felt like my life had changed a little bit, because you never meet musicians who have that level of telepathy, and when you do you have to grab hold of them and not let them go.”

The day after Bainbridge led and mediated Robyn’s 2018 Red Bull Music Academy interview-lecture, they were in the studio with the Swedish pop legend, workshopping lyrics on a handful of songs and recording vocals for tracks like “Cry Everything,” “Dreams Fall,” and “The Warning.” Robyn’s sense of emotional vulnerability coupled with a clever instinct for delicate melodies is what made her 2018 LP Honey a landmark of contemporary pop; it’s what Bainbridge (who opened for her on the Honey tour) recognized as the missing ingredient in their work together.

Since releasing their second album, Otherness, Bainbridge has discovered in themself the defiant confidence to navigate through the world openly and honestly, as a queer, gender-nonconforming person of color. And while these identifiers were certainly hinted at in Kindness’s previous music, Something Like A War expounds on the concept of femininity, queerness, and otherness as power, as real-life tools for direct protest or rebellion. It’s best articulated on “Softness As A Weapon,” a tense electronic track co-written with Robyn that expands briefly midway through into a joyous house number.

Philly rapper Bahamadia (of ’90s hip-hop fame, featured on the seminal drum & bass record New Forms by Roni Size) steps in as well. Her voice, flanked by some tight vocal arrangements courtesy of U.K. producer Sampha, sounds a generation removed from the other vocalists featured on Bainbridge’s new record, and yet it’s telling of the vast continuum of like-minded artists orbiting Kindness’s gravitational pull. “She’s just a Philadelphia legend,” Bainbridge says of Bahamadia. “Her and Jazmine Sullivan sort of move in a similar world; they’ve probably been in the same room. I feel like every artist on this record kind of interconnects, somehow.”

Yet, even with all these phenomenal women pushing this tremendous and sophisticated pop album forward, it’s Bainbridge’s grandmother who occupies its center. “I didn’t realize this—the day before the album comes out, September 5th, would’ve been my grandmother’s 100th birthday. It’s quite unexpected. My mum and my sister are gonna come to London for a get-together we’re having for the record,” they say, “so I guess we’ll celebrate my grandmother and the record and might have a drink for [my friend and collaborator] Philippe Zdar as well, since there will be lots of friends and family in one place.”