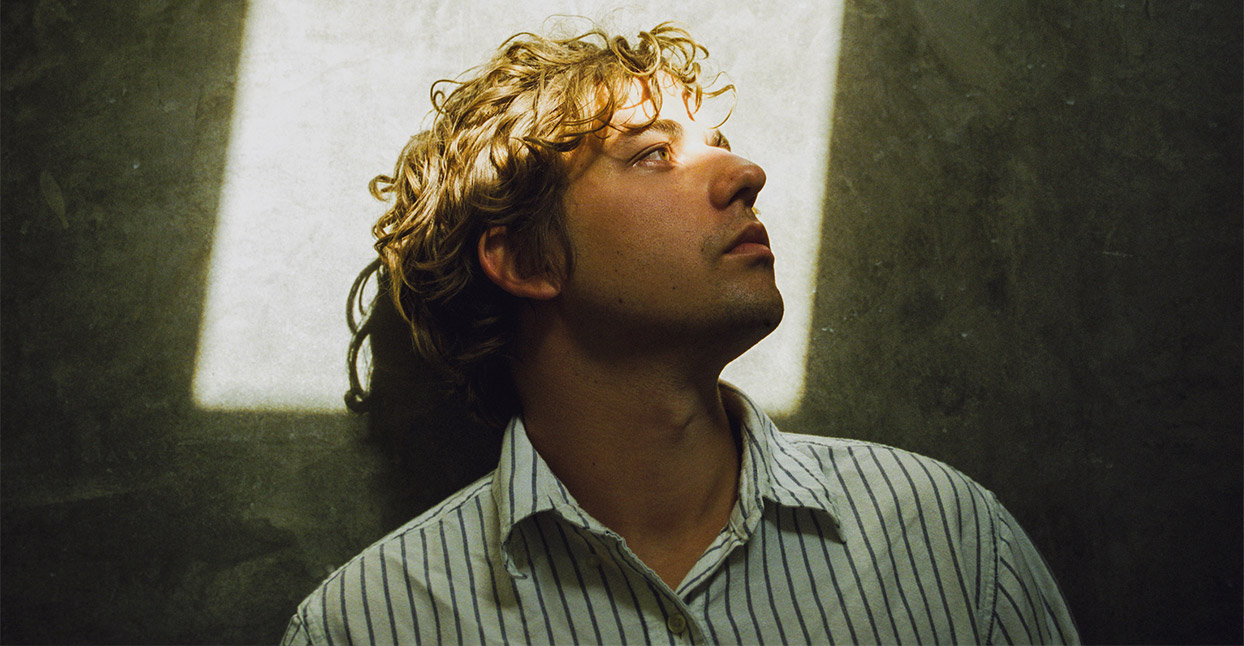 Death enters Kevin Morby’s “Beautiful Strangers” obliquely. The song opens with Morby’s oaky voice ambling its way slowly across a dry acoustic strum, singing of thunder and hidden heavenly kingdoms. A few verses later, the song plummets back down to earth: “If you ever hear that gunshot/ …say a prayer, think of mother.” It’s an arresting moment, like a film suddenly going from brilliant color to black-and-white, idle daydreaming replaced by harsh reality. “Whatever is going on up there in my head just sort of finds its own way out and takes its own shape,” Morby says. “When I wrote the song, the only image I had was these hundreds of photos that have run through my mind over the past few years—photos of the faces of innocent people who, in a moment, had their lives taken from them.”

The specter of gun violence looms large over “Beautiful Strangers” and, rather than simply write a song about what he was feeling, Morby decided to use his music to take action. The proceeds from all purchases of the single (which is backed by a cover of Townes Van Zandt’s “No Place to Fall”) will go to benefit Everytown for Gun Safety. “The world can be a incredibly confusing and sad place,” Morby says. “I find it important to use my voice as a recording artist and performer to address issues that are very upsetting to me. I believe certain things should be brought up, never forgotten. Hopefully, by doing this, we can learn from the past and move forward into a more positive and peaceful future.”

Morby became familiar with Everytown after the 2014 shootings in Santa Barbara. “I was saddened and frustrated by those events, so I went looking online for an organization that was working to strengthen gun laws, and I found Everytown. I believe they are doing a great thing, and am very happy to support their work. This song is for all of those people who lost their lives to gun violence. We owe it to them and their memory to try and make the world a safer place.”